Modding has now become a necessary part of the Android user environment. The major reason is the experimentation based on the open source nature of Android. This includes a major portion of the users opting for modded ROM. This means a ROM intended for a particular device to be used on another device. In today’s guide, we will tell you How to Install Samsung One UI Ported ROM on OnePlus 6 and 6T.

Now, this development comes from XDA developer ProtoDeVNano who says the current ROM is in its beta level and currently going through testing and debug phase. So, we will suggest that if anyone is to deploy it then it doesn’t do it on your daily driver. You may face bugs irritating your day-to-day activities which you perform with your device.

However, the dev has taken good care to keep the modded ROM debloated and clean. The ROM is based on Android 9.0 Pie Stock N960USQU1CSAA Galaxy Note 9 Firmware. All Samsung Apps are working fine. The ROM also supports OneUI based themes, Wallpapers, and ringtones. We have put up the download links and the installation guide below. So, check it out.

Since we are talking of the Samsung OneUI, let’s know about some of its important features. First of all the new interface s developed keeping in the accordance with the all new 9th generation Android OS, Android Pie. It includes new features like ease for one-hand use, Adoptable Storage which allows you to use a microSD card as extended phone memory to install Apps etc. Also, there is system-wide night mode feature, gesture navigations and Lift to wake etc. 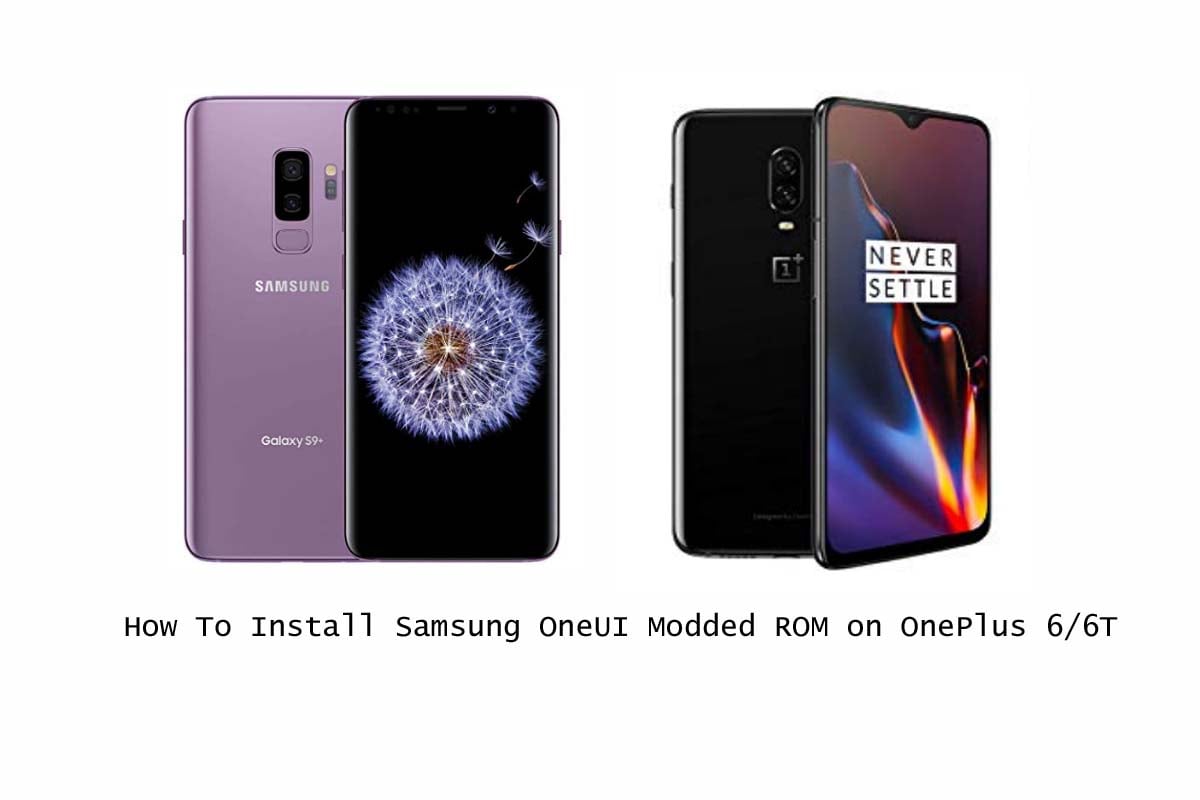 Working features in this OneUI Ported ROM for Oneplus 6/6T

Obviously, the first question comes into a user’s mind while using any modded ROM is whether it packs all the quintessential features or not. This porting of OneUi for OnePlus 6/6T definitely has important features working fine. There are a few glitches here and there but it will be overcome in future versions.

GetDroidTips will not be responsible for any bricked device incidents due to faulty installation. Follow this guide at your own risk.

Here is the download link for the modded ROM.

Step-3 Now connect your phone to the PC using the USB cable.

Step-4 In the ported ROM zip file look for a .bat file. Double click to execute the flasher_windows.bat

Step-8 During SetupWizard make sure to disable WiFi.

So, that’s it, guys. Install and enjoy Samsung OneUI on your OnePlus 6 and 6T. We hope this guide was helpful to you.