Every year the hype rises sky-high when Apple unveils something new. Whether it is a new iPhone or a new iOS, enthusiasts wait eagerly for its release. This year the trend continues as well. A few days ago the Cupertino tech mammoth dropped the first developer beta of iOS 14. The regular public beta will roll out next month. The new mobile operating system iOS 14 brings a plethora of new features for the iPhone. In this guide, we will discuss iOS 14 Hidden Features and tricks.

The WWDC keynote mentioned some of the key features which are new additions to the iPhone. However, there are many more small features and changes that have arrived with the all-new iOS 14. We will discuss these features in this guide. I have been running the iOS 14 1st Beta for 2 days now. I am discovering several features one-by-one as I’m spending time with the new OS.

Related | Battery Draining After Upgrading to iOS 14: How to Fix

Let’s check out the new features.

We all hate spam on our inbox, let it be in the message box or email. To deal with that  Apple has introduced a message filter. It will help categorize the message based on who has sent it. The various categories include known senders, unknown senders, promotional messages, etc. 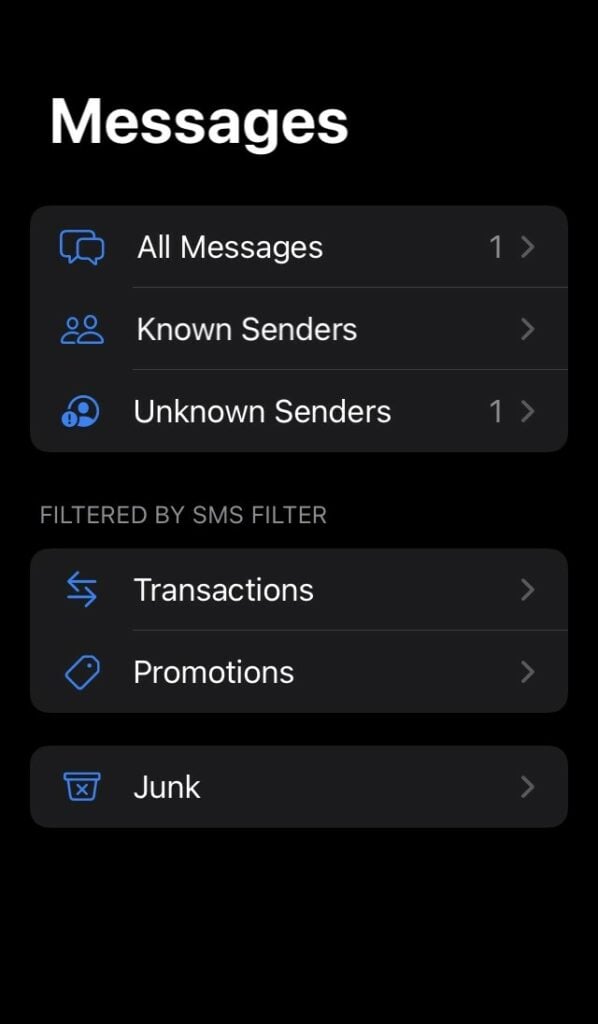 In a day we receive several messages on iMessage. While some of them are not important to us, some would be very important ones. So, iOS 14 brings you the feature that enables the user to pin the important message at the top of all other conversations. This will make it easily accessible. 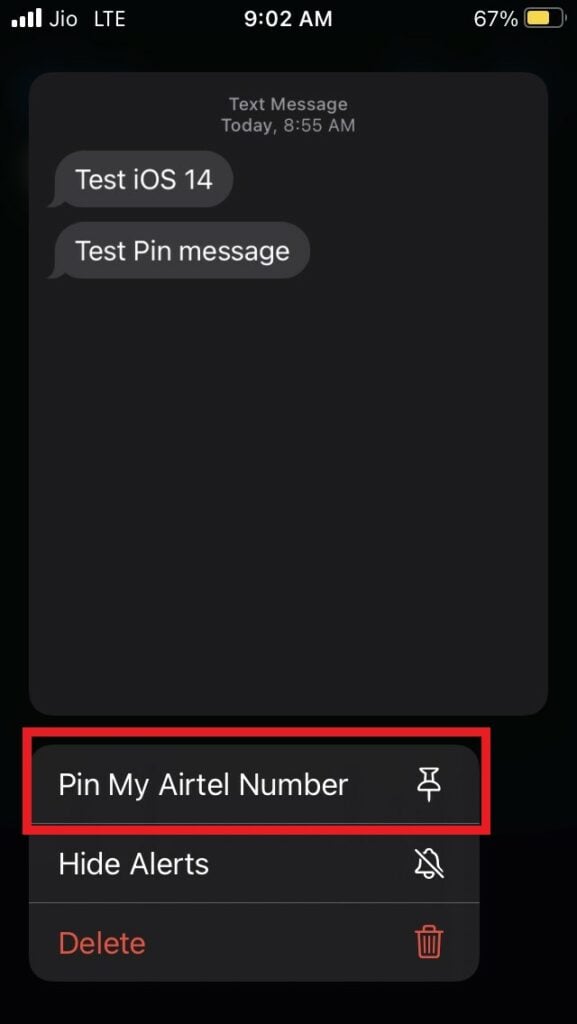 Pinning is easy to do. Simply long-press on a message and you will see a small menu. From that select Pin the contact Name. The contact Name can be the name of the person who has sent you the message.

Sleep Mode and Wind Down

You set a sleeping goal to keep track of your sleep schedule. You can find this feature on the Health App.  For the sleep duration you have set, the Do Not Disturb will turn on automatically. Here is a video to set up sleep mode on iOS 14.

To take a screenshot, simply tap two times on the backside of your iPhone. No, I’m not kidding. The new iOS 14 has this feature called Backtap that allows double tap and triple tap to accomplish certain user-defined tasks.

You can find it under the Accessibility feature. Also, you can summon it using Siri. However, this feature is limited to iPhones with face ID feature. Touch ID iPhone users cannot find the Back tap feature on iOS 14.

The GUI for Siri has a new makeover with the new iOS 14. Also, there is a new automation feature that will allow users to pre-set Siri’s actions. This will include set action for adjusting brightness, enabling/disabling low power mode.

Today it’s the era of selfies and Apple is making sure that it’s users do not miss out on that. Hence, with iOS 14, you get the all-new Mirror Front Camera option.

Apple realized that users do not like too many app icons on their home screen. Hence, the concept of the App Library has been introduced with iOS 14. 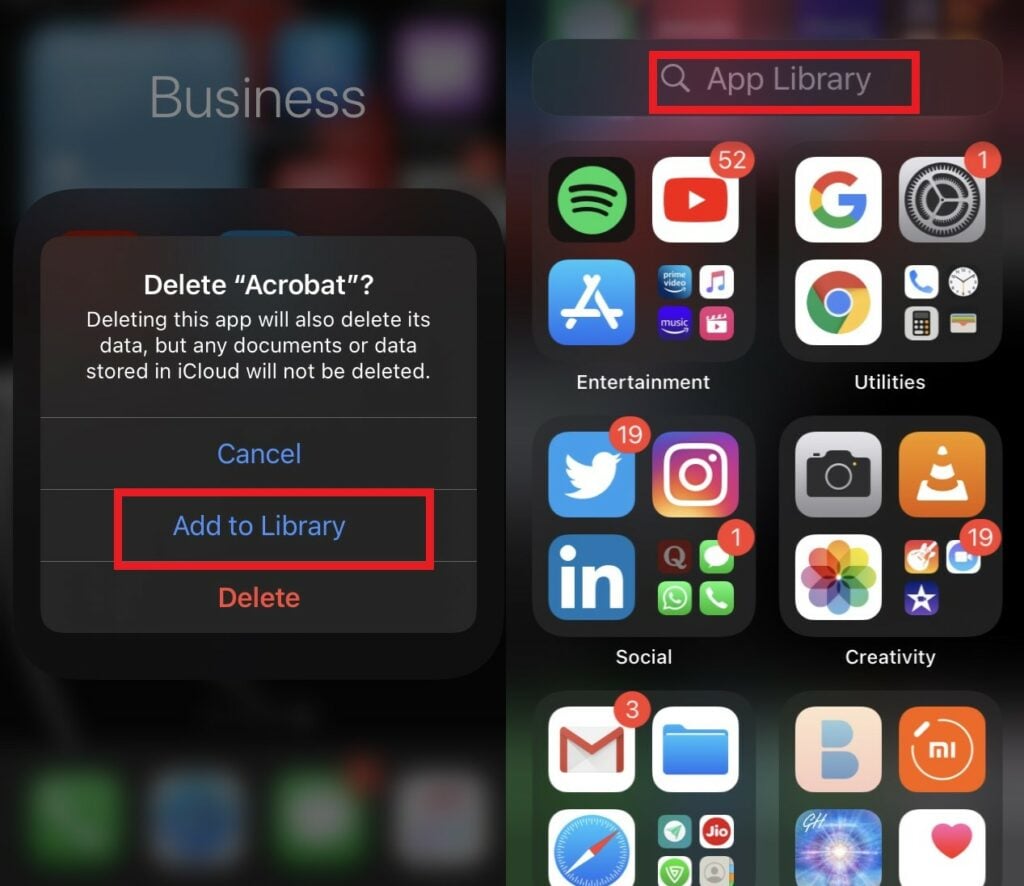 Instead of creating clutter on your home screen with a dozen apps, you can remove them but without getting completely deleted the app gets relocated to the App Library. This is a cool and smart move from Apple.

iOS 14 will remind the user when their Apple AirPods will require charging after continuous use.

User Gets Notified When an App Reads the Clipboard Info

If the user copies a fragment of the text and tries to paste it on another app, the user gets notified that the copied text was read by the target app. It is a common occurrence but the users should get to know about this.

One of the most user-friendly features that allow the user to minimize the video to the home screen and use other apps as well. If you are watching a video and at the same time you need to use WhatsApp this is how you do it.

iOS 14 brings along a dedicated app for performing translation from one language to another. It works just fine. 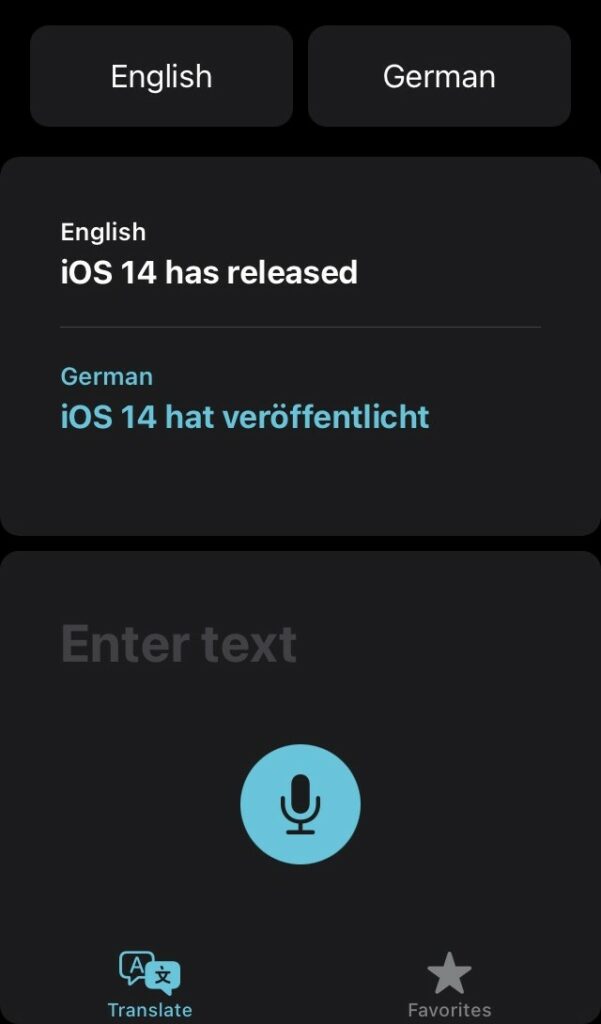 The Alarm clock feature is having a new interface for setting alarm. It looks good and works without any bug. 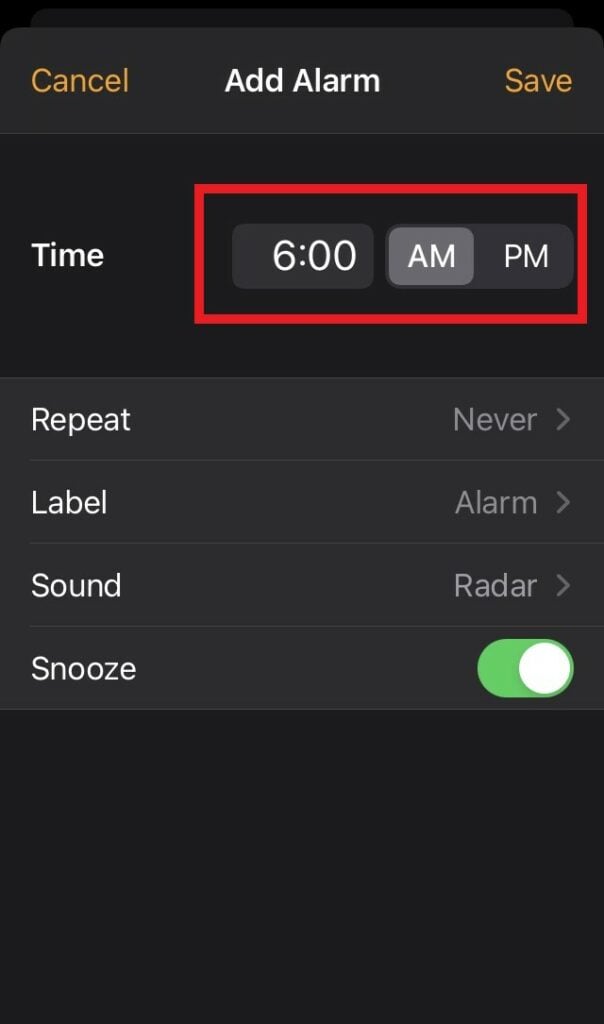 Yes, this feature is now live with the new iOS 14 and is exclusively available for the Indian iPhone users.

Indication of Camera/Microphone Use

If any app is using the camera or microphone a red and green dot will be visible on the home screen at the top of the display.

With iOS 14, users can change the video format manually from within the camera app.

Again trying to protect the privacy of the users, Apple has introduced tracker prevention. If you visit any website, tap on the font menu in the address bar. You will get the Tracking Report feature and you can view the stats of trackers prevented by the Safari browser. 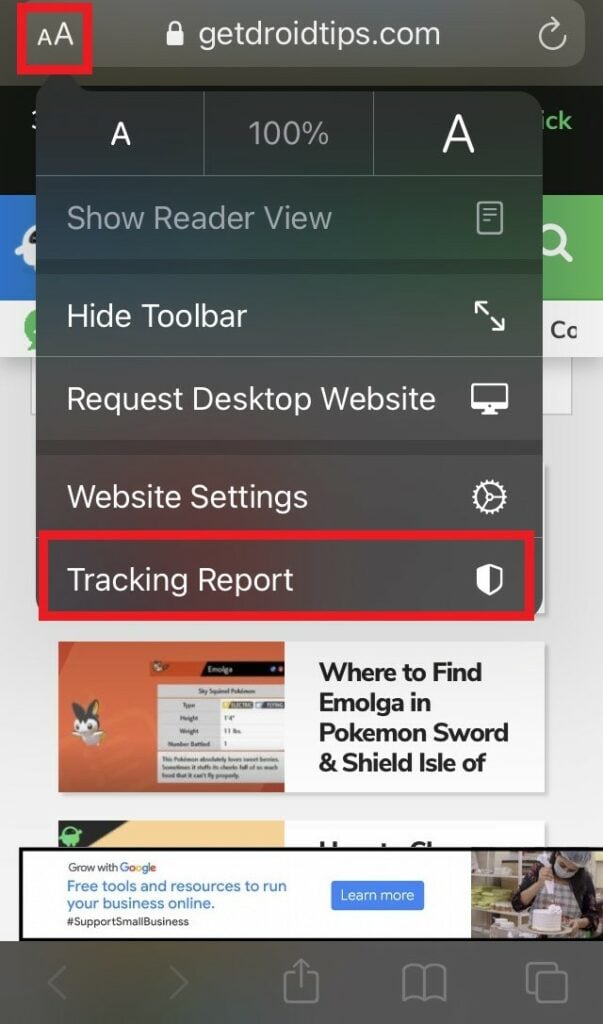 Here is another iOS 14 hidden feature. If you connect to a Bluetooth audio device, then a pop-up banner notification will show up on the display. This will help you not invoke the control center to check up on whether you connected to the device or not. 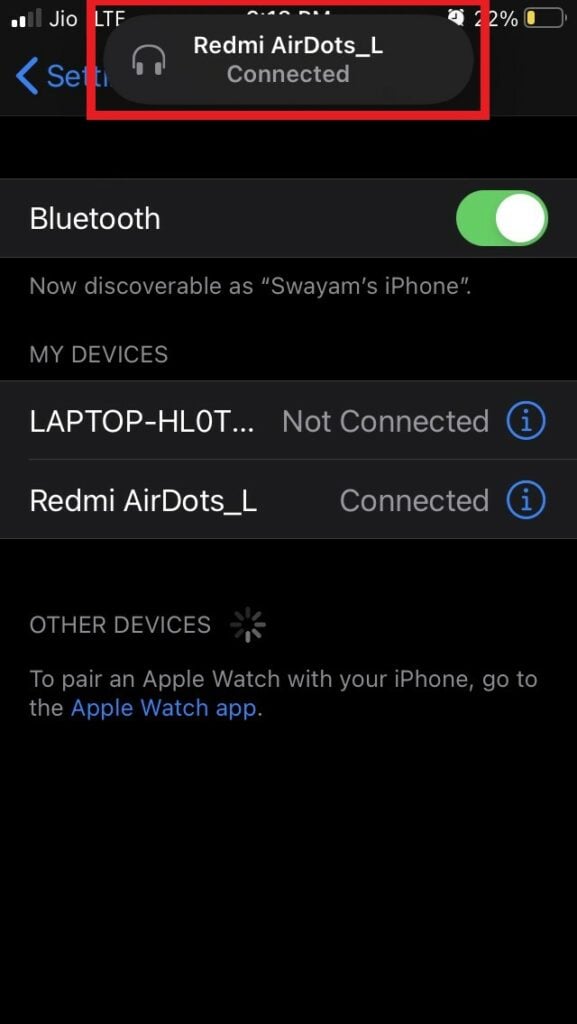 Guide | How to See Saved Passwords on Chrome Browser on macOS

So, these are some of the cool iOS 14 hidden features you must know about if you are an Apple enthusiast. So, have you installed the iOS 14 1st developer beta.? How’s your experience.? If you noticed any other feature do share it in the comments section below.