Legendary Pokémons aren’t just called so for no reason. They’re quite rare to find and even when you do, beating and capturing them isn’t always a walk in the park. Pokémon Go, developed and published by Niantic, is not an exception to that rule. One of such legendary Pokémons you will come across in Pokémon Go, which we will be discussing in this article, goes by the name “Kyurem”.

Kyurem is not new to the Pokémon Go universe as it was discovered by Trainers in Pokémon Black Version and Pokémon White Version alongside Reshiram and Zekrom, but Niantic announced just about a week ago that the trio was coming to Pokémon Go soon, and now they’re here!

As mentioned earlier, capturing legendary Pokémon isn’t easy, but Kyurem is even much tougher to face when it teams up with the other two members of the Tao Trio – Zekrom and Reshiram.

Most of the time, you will only come across Kyurem, as well as other legendary Pokémons during five-star raids which occur from time to time in Pokémon Go. Another way to earn Kyurem is when Niantic gifts players with battle league random encounter rewards. This is a chance occurrence but developer Niantic always makes sure to let the playing community know when it happens.

If you are lucky to come across Kyurem, you’d sure want to know what to do to defeat and capture the Pokémon. Knowing its weaknesses as well as its counters will definitely come in handy. So, let’s take a look at those.

Kyurem’s first weakness is that it is the weakest of the Tao Trio from generation five. Also known as the monster of the Giant Chasm, it is a Dragon-type and Ice Pokémon, weak against other Dragon-type Pokémons. 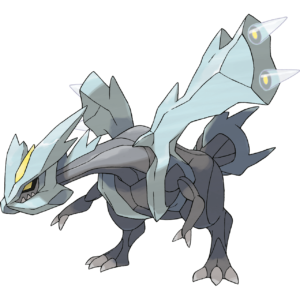 Fighting, Fairy, Steel-type and Rock Pokémons are all super powerful against Kyurem. So, make sure to have them handy when you try to defeat Kyurem. A bonus tip for you: Kyurem is resistant to Grass, Electric and Water-type Pokémons, so you want to ensure that you avoid using them when you come against Kyurem in battle.

There’s quite a number of Pokémons that can be employed to counter Kyurem but of them, Excadrill, Conkelduur and Metagross are your best bets.

Excadrill is a Ground and Steel-type Pokémon that will deal serious damage if you can use it to launch as many Steel-based attacks as possible against Kyurem. This is because it is far more attack-based than defensive. However, that’s the same reason why you cannot depend on Excadrill to stand against Kyurem for long. So, make sure you do the most damage you can do before Excadrill wears out.

The next Pokémon you might want to consider as a counter against Kyurem is Metagross. A Psychic and Steel-type Pokémon, you might want to take advantage of Metagross’s Stealth-mode, Steal-type moves. What makes it a perfect choice for battle is that at its best, it doubles as an attacking and defensive Pokémon.

A plus is that Metagross knows how to combine same type attack bonus (SATB) moves like bullet punch and flash cannon, or alternatively, bullet punch and meteor mash. They will deal serious damage to Kyurem.

Your last best choice as a counter against Kyurem is Conkelduur. One of the stronger fighting-type Pokémons you’ll find in Pokémon Go, Conkelduur is a fantastic choice to consider when you try to take down Kyurem.

Not all of its moves are optimal choices though, so you want to make sure that you are exact when using Conkelduur. Combinations like Counter and Focus blast, or Counter and Dynamic Punch are moves you might look out for. They work effectively against Kyurem.

As mentioned earlier, the list of counters you can employ against Kyurem is not limited to those three. Other options are Lucario, Dialga, Rhyperior, Tyranitar, Dragonite, Machamp, Rampardos, Hariyama, Gallade, Aggron, Steelix, and Bastiodon.

With all of these, you should have enough to beat and capture Kyurem, Monster of the Giant Chasm and Legendary Pokémon when you encounter one of its kind in Pokémon Go.