Last year’s third-person action shooter from Gunfire Games and Perfect World Entertainment, Remnant: From The Ashes, has been doing well among gamers ever since its release. The dynamic role-playing game (RPG) was released for the Playstation 4, Xbox One and Microsoft Windows. It’s been praised by critics and fans for its engaging graphics, a plethora of character builds and diverse gameplay. The singular most lauded thing, however, is its Co-Op feature which allows players to play with their friends in thrilling in-game worlds.

The campaign, however, can be long and challenging at times. Players need to add powerful weapons and Armor to their arsenal in order to gain the upper hand over their opponents. One such item is the new Labyrinth Armor, which has recently been made available in Swamps of Corsus. It’s one of the most powerful sets of Armor available in the game that comes with two special characteristics. So let’s move up ahead to see how you can obtain the Labyrinth Armor in Remnant: From The Ashes, Swamps Of Corsus! 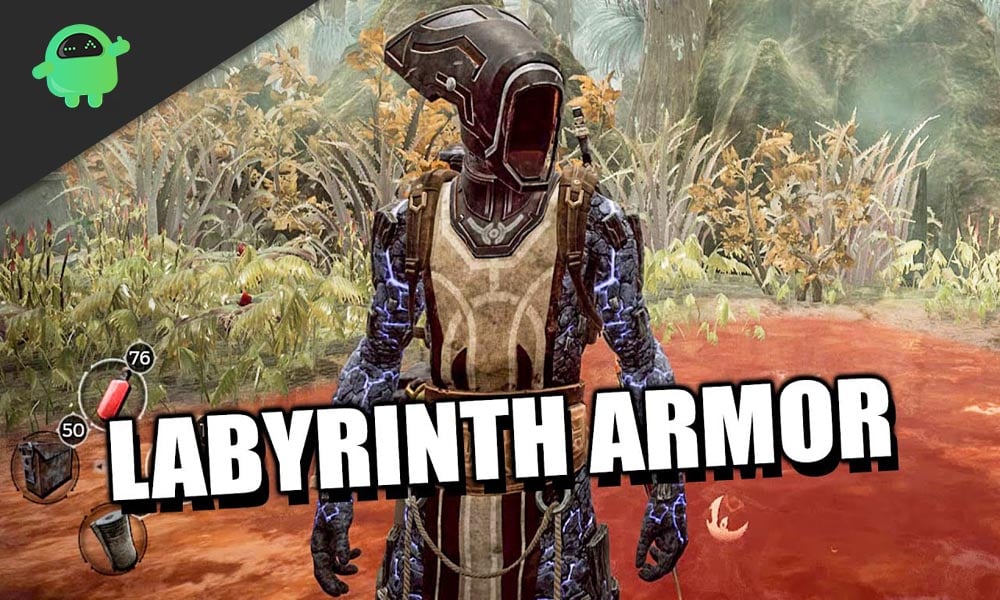 How to Get Labyrinth Armor in Remnant?

Basically, there are three steps you have to follow in order to unlock the Labyrinth Armor in Remnant: From The Ashes.

The first thing you need to do is turn on adventure mode and then encounter the Iskal Queen. After you deliver the Guardian’s Heart to her, she will express her gratitude to you. After that, she will gift you a Cyptolith Sigil as a token of appreciation.

Once you have taken the Cyptolith Sigil from the Iskal Queen, you can choose to either battle her or leave the area. You have already obtained the Cyptolith Sigil that you require in order to obtain the Labyrinth Armor. Therefore, fighting the Queen is not really a necessity at this stage. We recommend leaving the area and completing the next step on your quest for the Labyrinth Armor.

Upon using the Cyptolith Sigil a second time, you will obtain the Blood Bond trait. This will give you 15% damage absorption by your summons, whenever enemies inflict injury upon you. And then, when you activate the pillar for the third time, a glowing portal will manifest near you. When you enter this portal, you will be teleported to a certain area of the Labyrinth. There you will be able to find three different sets of armor strewn about the place. Those are the Armor, Greaves and Helm.

About the Labyrinth Armor Set

Let’s take a look at some of the details and stats of the Labyrinth Armor set. The Bonus for this set is the Power Surge, which greatly boosts up the total weapon mod damage and even attracts metallic debris and items of iron towards the wearer. Listed below is the set-piece bonus.

This guide was to help the players to obtain the Labyrinth Armor. We hope you find our guide useful in obtaining the Labyrinth Armor in Remnant: From The Ashes. If you have any queries or feedback, feel free to comment down below with your Name and E-mail ID. Likewise, check out our iPhone Tips and Tricks, PC tips and tricks, and Android Tips and Tricks for more such tips and tricks. We urge you to participate in the $100 giveaway by subscribing to our YouTube Channel.