Since we are talking about Android 10, it is the upcoming 10th iteration within the Android OS family which competes for head-on with the only other large OS for phones i.e. iOS from Apple. Cumulatively, there are more than 1 billion devices that run any of the Android versions first introduced in 2007 and every year since then. Android 10 is estimated to pack in the best of features clubbed into one along with many new features inspired from Apple iOS as well as the one Android users actually need such as 5G and foldable devices support, etc. 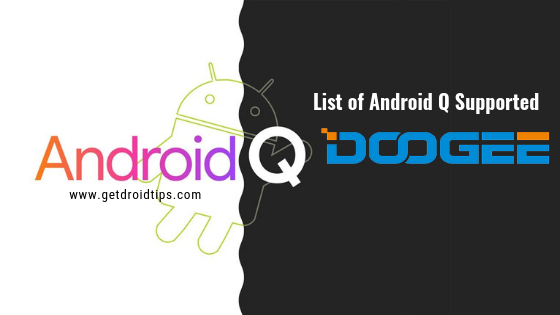 Android 10 brings a lot on the table such as the bubbles multi-tasking, Fast Share app, timely security updates thanks to its inclusion under Project Mainline, improved navigational gestures, strengthened security and privacy aspect of the firmware and more. According to its timeline, the OS was released on 3rd September followed by its rollout of all Pixel devices and Essential Phone the same day. Further, Android 10 will be available for all devices signed up under ‘Project Treble’ as there are more than a dozen phones listed and finally, it will be available across the board where OEMs will release the firmware progressively based on the priority and other factors.

Dark Theme: As the name suggests, it transforms the theme to “Dark” which eases the strain on the eyes especially during night while takes away excess stress on the battery as well. It is more soothing than the bright theme and many apps have already purported it and more are joining every week. 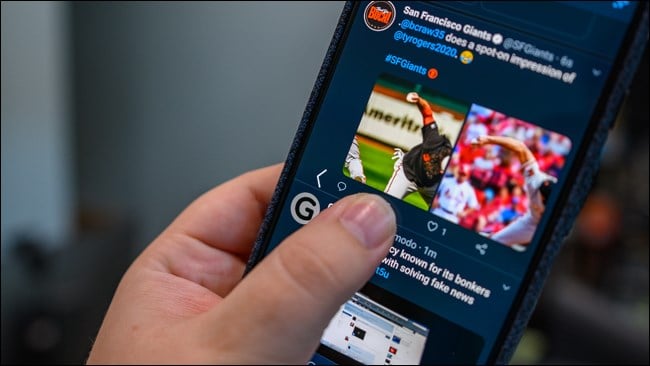 Gesture Navigation: It is a contentious feature but it is optional and could take a few days to adapt to it but once you did, there’s no going back although there are some shortfalls. Gesture Navigation introduced with Android 10 replaced any virtual buttons with a slim slider that sits on the bottom edge of the display. Drag it to swipe between apps or switch it up a bit to visit the Home screen or swipe it up to the center to view recent apps preview. Use both the left and right edges that doubles as ‘back’ button thereby catering a large screen real estate.

Privacy & Location Controls: With Android 10, you can ease of control on your privacy and location. Check out your web and app activities and select what you want to share and whatnot with new privacy settings. Award location to any app(s) based on your will so no more frill over apps using location without your consent.

5G & Foldable Ready: Android 10 now supports flawless support to foldable displays may it be folded or unfolded. Google has also added support to 5G network allowing the users to access 5G services if their phones are compatible with it without any hassle.

Security Updates: Instead of waiting for weeks for either the OEMs or the carrier send security updates, the Project Mainline makes it sure that Android 10 enabled smartphones to get the latest security patches and bug fixes via Google Play Store although traditional updates will continue due to their upper hand in resolving certain issues with the smartphone or any functionalities. 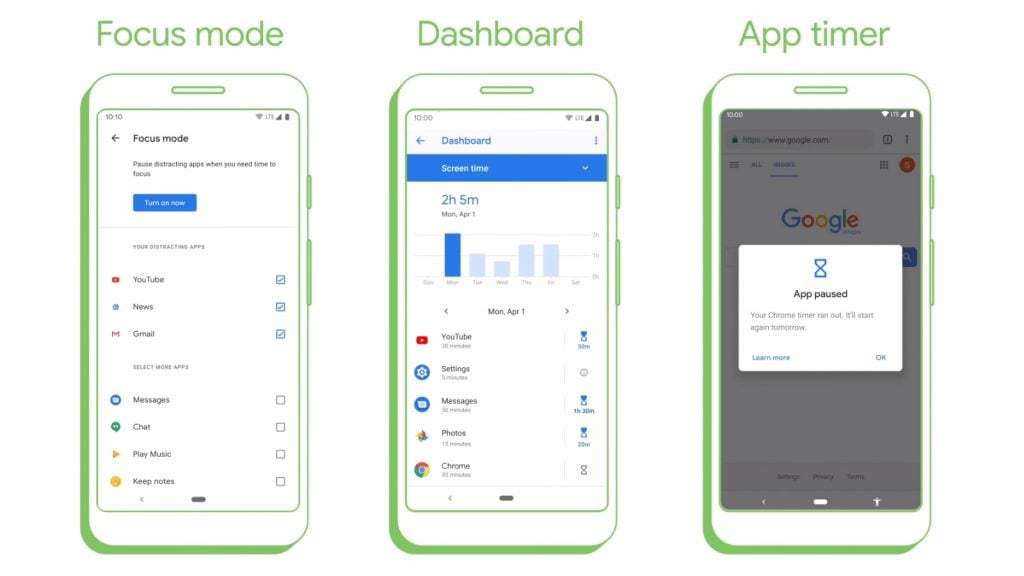 Doogee X90 is again a GO Edition device with Android 8.1 Oreo onboard. It runs on a 1+16GB MediaTek MT6580A quad-core processor and has dual rear and single front camera housed in a waterdrop-shaped notch on a 6.1-inch IPS display. The device could get bumped to Android 10 Go Edition although the timeline is still a big question.
Status: It could get an Android 10 Go Edition
Date: To Be Announced

The next is the budget-range Doogee N10 which has a 5.84-inch IPS display with an iPhone X-like notch. The device comes with 3+32GB of storage and has a Unisoc SC9863A and finally, has Android 8.1 Oreo onboard. However, we aren’t sure about the timeline that it would get Android 10 if in case Doogee sought after upgrading it although we aren’t sure yet.
Status: It could get an Android 10
Date: To Be Announced

Doogee Y8C is another Go Edition device with MediaTek MT6580M processor with 1+16GB configuration. It hosts a giant 6.14-inch IPS display powered by 3,400 mAh Li-Ion battery and has an Android 8.1 Oreo onboard. Since Doogee hasn’t made a list of Android 10 support Doogee devices, we aren’t sure if Doogee Y8C makes into the list or not so take it with a pinch of salt.
Status: It could get an Android 10
Date: To Be Announced

The S40 is a phone that falls in budget category with its mediocre 2+16GB config and MediaTek MT6739 quad-core with PowerVR GE8100 GPU. The device also has a 4,650 mAh battery and runs on the latest Android Pie 9.0 out-of-the-box which raises the probability that it is likely to get Android 10.
Status: It is likely to get an Android 10
Date: To Be Announced

The Doogee Y8 Plus comes with better 3+32GB specifications than Doogee Y8. It packs in an Helio A22 quad-core processor and has Android Pie 8.0 onboard out-of-the-box that makes it a potential device that will get Android 10 but take it with a pinch of salt as Doogee hasn’t confirmed the list of Android 10 supported Doogee devices yet.
Status: It could get an Android 10
Date: To Be Announced

Doogee S90 is a flagship smartphone with Helio P60 octa-core processor coupled with 128GB internal storage and 6GB of RAM. The device packs in a beefy 5,050 mAh battery and has Android Oreo 8.1 out-of-the-box which are the specs that could attract Android 10 for sure as per my knowledge.
Status: It is likely to get an Android 10
Date: To Be Announced

The phone with 3GB RAM and 16GB ROM, Doogee Y8 has a 6.1-inch IPS display with a waterdrop-shaped notch at the front. The processor is a MediaTek MT6739 and it runs onboard with Android Pie 9.0. This is a potentially compatible device to get Android 10 if it materializes although we aren’t confirming it as of now.
Status: It is likely to get an Android 10
Date: To Be Announced

Note that these are the phone released in 2018 and are under two-years of support period although that doesn’t mean it will surely get Android 10. Based on the specs and other factors, we have created a list of phones released last year with their probability of getting the update.

List of Doogee Devices That Aren’t Eligible for Android 10

Usually, smartphone manufacturers support their smartphones for a maximum of two years from its original date of release. This means any phone released in 2017 and before is practically not supported by Doogee and might not receive Android 10. As said, there could be an exception in case Doogee does update one or more devices from 2017 or so and since we haven’t received an official list of Android 10 Doogee devices, we aren’t sure about it either.

Why my Doogee phone isn’t getting any update?

If you have gone through the explicit list I have created above, you must have guessed if your phone is listed under phones that are likely to get the update, phones that could get the update and finally, those which will not get the update for sure. If you fall under the third category, you might be wondering why?

The answer is complex since there are too many moving parts involved in the process of rolling out an update and incompatibility at any stage can cause the phone to become unsupportive. For example, the usual process is Google (Android) → OEM → End User. However, if there’s a carrier or an unlocked device involved in the process, it becomes Google → OEM → Carrier → End-user. The whole process can take some time and if the OEM is actually creating a custom UI for the stock Android OS, expect it to delay further.

Now, on Google’s side, it launches a new Android OS every year but with slightly higher minimum prerequisites and abundant features. On the OEM’s side, it releases many phones a year with varying specifications and processors which means tweaking the stock Android with its custom UI (if any) and then programming it to fit suitably for phones with different specs. Here, the processor must be compatible to support two major upgrades and must have drivers needed to support the update as well. This creates a lot of friction and thus, your OEM will usually cease support to phones released a year or more before Android 10 hits the market which means it doesn’t have to look out for old phones but concentrate on newer models.

What to do if my Doogee smartphone isn’t getting any update?

In case you aren’t satisfied or just fed up of using the same Android OS or say the same Android platform, you can search for compatible custom ROMs available for your phone such as LineageOS, Pixel Experience, etc. You can also try a phone that comes with OEM’s custom UI and not a stock Android which has a revamped UI that must spice up your phone experience. You can also buy a new phone to get the latest Android update if you want.