Finally after rolling the stable Magisk v15.0, the developer behind the Magisk, started rolling a new update with version 15.2. Now you can install the latest updated Magisk v15.2 on your phone. In this latest version, XDA developer topjohnwu has fixed the boot loop issue which caused on some devices like OnePlus 5 or 5T.  Magisk v15.2 also included the new SELinux policy rules which improve the MagiskHide support on Samsung devices.

Magisk is one such tool which will provide multiple solutions in one go. It is one of the biggest replacement for SuperSU rooting app which is developed by Chainfire. Magisk is not the only solution to rooting, it has more feature than SuperSU. 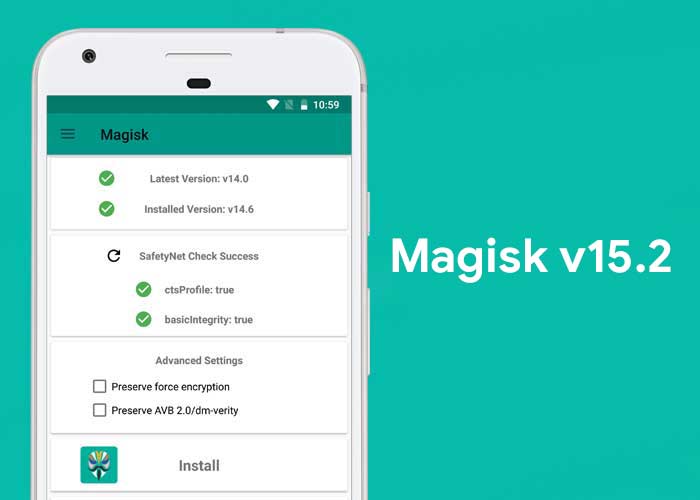 Magisk v15.2 is one such version which is stable enough to use on a daily driver phone. With Magisk tool, you can also add modules to customize the inner Android experience just like Xposed Framework did. After a lot of hard work from the developer community, it introduced many new features along with root. Now Magisk allows you to hide root and root-enabled apps from Android’s SafetyNet API, bank apps, and various other security apps. After enormous updates, Magisk is now widely-used among the users, not just to root the device, but also for several other purposes.

Magisk also allows you to get root access without modifying the system partition just like Systemless root by Chainfire. You will get OTA update even after the device is rooted. With Magisk, you get more control, you can use Android Pay with root. In this guide, you can follow the method to install Magisk 15.2 on any smartphone running Android Oreo or older version.

Read the below instructions carefully to install Magisk v15.2 on your phone.

In this guide, we covered the full guide to root your Android phone using Magisk 15.2 Update. In this method, we used TWRP Recovery to install Magisk 15.2.

Your device shall now be rooted and you can start using modules to enjoy additional features.

I hope this guide was helpful to install Magisk 15.2 Using TWRP Recovery. Enjoy!