It’s annoying when the phone random turn off and turns on again or when the screen freezes and becomes unresponsive to touches but the question, what should you do in such conditions. If you are using Archos, did you experience the restarting and freezing problem on your phone too because it is one of the common problems on Archos smartphone and the same is with smartphones from any other manufacturer? It could be because of incompatible or faulty or buggy apps, cache files, incompatible phone charger, and other underlying issues that you will have to find and fix it. 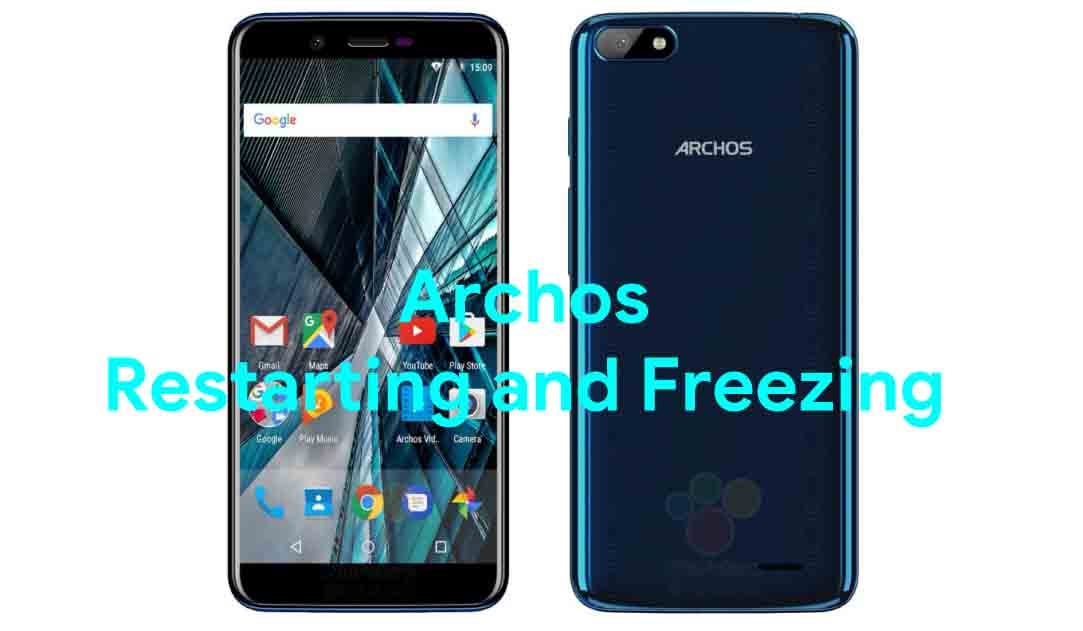 Assuming that the screen is frozen as of now, you need to turn off the phone as it will release all the memory being used as well as a fix if the screen froze due to a software glitch. Then, there are many applications for rebooting the phone in case of any problems which is why it is recommended to overhaul the phone at least once a day by rebooting it. Once you turn on the phone, check if the problem still persists and if yes, you can proceed with the other tips mentioned below.

Delete all app and storage cache

For those who don’t know what’s cache, it is a bunch of temporary files that the system creates and stores in the internal storage that eases processing as the system has all the data required to access an app or service since you already used it earlier. Although cache files are healthy, the problem starts when these files get corrupted and that is when, you need to fix it or else, they tend to cause performance-related issues.

To delete app cache, proceed to the Settings and open Apps where you’ll get a list of all the apps installed on your phone. You need to select those apps that you want to delete the cache assuming that all the login details will be deleted as when. Tap on the app simply clicks on the buttons titled ‘Clear Cache’ and ‘Clear Data’ and it’s done.

This is the third procedure that would enable users to get rid of cache files completely. The method involves booting into the recovery mode which can be accessed using a specific combination of buttons which you need to press but doesn’t worry because we have the procedure explained below.

Close all the used apps

An average joe has plenty of pre-installed and download apps on his phone and that isn’t something to worry about since users can increase their memory but not internal memory, remember. Apps use various resources including memory, storage etc and any deficiency in providing the same could create a problem in the working of a smartphone. Thus, you need to occasionally clear the list of ‘recent’ apps that take the recently used app out of the background processes and thus, frees the memory and thereby contributing to fixing the restarting and freezing problem.

Check if there’s an app conflict or incompatible app

If you think that the restarting and freezing problem commenced right after you download an app or game, you could be probably right because apps could create conflict or can be incompatible with your device. It is thus important to get rid of such an app if you have downloaded such recently but in case if you don’t actually know which apps are causing the problem. You can boot into the safe mode to narrow down the culprits to either third party or pre-installed apps or bloatware.

Apps can develop incompatibility with the phone is outdated and that’s just one of the many problems that you could observe if you haven’t updated the app. It includes bugs and viruses that could escape into the phone since the app is no longer a resistance to this foreign anomaly. Therefore, you need to keep all the apps updated with the latest available version. You can check out if the app needs an update by opening the Google Play Store >> My apps and games >> Installed.

Rollback or update the Android firmware

When you update an app, you don’t just get a new feature or a new version number, you get renewed resistance against bugs and issues that would otherwise hinder the performance of the phone by introducing bugs that could pretty much render the phone useless. Therefore, similar to how you update the app installed, you need to update the firmware as well and hopefully, it must resolve the Archos restarting and freezing problem.

Verify if the charger is compatible

This method is limited for those who are using a charger not provided by the manufacturer. It is because manufacturers provide a compatible charger with every phone with proper amperage and voltage but since you are using another charger, it is possible that it is not compatible with your device and it could hang or lag the phone or freeze the screen as well.

This is the final frontier that you can utilize in case the problem is still there. Note that after you have master reset your phone, all the data saved on the phone will be erased and therefore, you must take a backup of the data beforehand and then, proceed with the procedure below.

In case you haven’t found the solution to the problem yet, you can finally report the issue to professionals who will look into the matter and fix the phone. Note that you can report the issue either to an authorized service outlet or a generic third-party service center to fix the problem where the rates could differ and so is the service.