Minecraft Dungeons is the newest member of the Minecraft series featuring a pure dungeon crawler experience. Players will explore hidden tunnels and dungeons that will lead to treasure chests and puzzles, instead of mining or crafting like in the original Minecraft.

Players will face many challenges thrown at them in Minecraft Dungeons before arriving at the Obsidian Pinnacle. But, once players have managed to survive through all of that, then they are capable of finishing the last boss fight of the game. This means players will finally get to face off against the prime antagonist – The Arch Illager in Minecraft Dungeons. Players will also have to deal with the Illager’s ally, the Heart of Ender.

It is important for the players to understand that there will be a significant difficult jump at this level. Obsidian Pinnacle really makes the level difficult with its numerous mobs and dangers around all the launchpads and corners as well. So beware as getting to the final boss takes some excellent skills and gear to handle the journey ahead. The last fight against the Arch Illager and the Heart of Ender is quite challenging, and only genuinely skilled players will come out victorious. So now, let’s get started with our guide to beat Arch Illager. 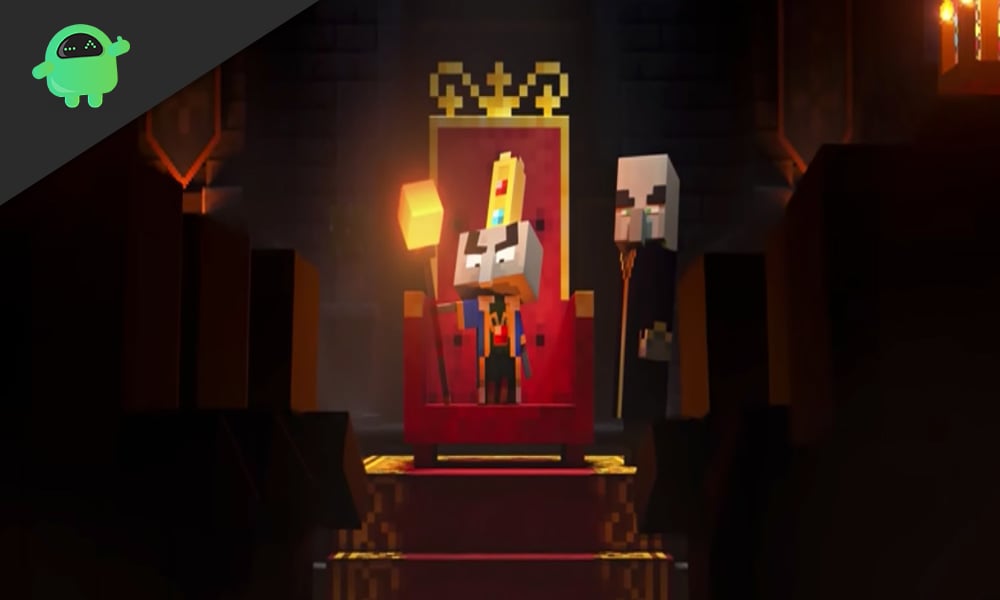 How to Beat Arch Illager in Minecraft Dungeons

This guide will detail how to tackle the final boss and thus include spoilers. It’s better if readers attempt their first chance against the Arch Illager before they check out this post.

The Arch Illager and the Heart of Ender represent the final fight, but that takes place into two separate phases, with the first phase involving fighting against the Illager himself.

This fight will be relatively easy for experienced players, but it may be tiresome given the massive wave of enemies ahead. Unlike the other bosses, The Arch Illager does not have a special melee attack. Instead, he has only one attack mode, which features attacks of three-orbs of dominance. Once hit by these, the players will suffer moderate damage. Getting close to the Illager all depends upon the rate at which he shoots and summons the mobs.

He mostly floats around the map and throws a wave of enemies at the player. The first wave is a bunch of Illagers with axes and should be easy to handle. Once players have got the Arch Illager’s health bar below the 1st-diamond, he will then summon the Redstone Golem.

Once players have lowered the Arch Illaer’s health bar even lower towards the last diamond, he will then summon the crossbow illagers. Players need to be careful during this part of the fight as it can be dangerous if not dealt properly. Using a Totem of Protection will serve as a shield for the wave of attacks, or using a Corrupted Beacon to dispatch them off quickly is recommended.

After the Arch Illager has been severely injured, this will trigger the real final-boss-fight in Minecraft Dungeons.

The Arch Illagers will transform into an even more powerful boss, as the Heart of Ender.

How to Beat the Heart of Ender in Minecraft Dungeons

The Arch Illager transforms into the Heart of Ender in the form of a massive six-legged Enderman with four dangerous attacks. The first thing to look out for its black fire trail. The Heart of Ender will leave a deadly fire trail as it navigates across the area. Players can be dealt with some severe life-threatening damage that can instantly kill them.

Second, are the projectiles that will be fired randomly. These projectiles can deal with a bit of damage, and moreover, it will leave behind a purple fire on the ground, which will deal with additional damage.

The third move which the Heart of Ender will use is its ability to fire lasers through the ground. The Ender will summon multiple Ender heads in order to do this. The lasers can be dodged fairly easily, but be careful not to get hit by any of them as they are fatal.

The final move involves a disappearing act by the Heart of Ender. It will reappear and fire lasers in a clockwise motion in 4 different directions. Players can survive this attack by ensuring that they stick anywhere between 2 laser shots. This is easier said than done, given the numerous other dangers that may be present on the battlefield.

Skilled players will be able to navigate through each of these attacks and proactively respond with attacks of their own. With each opening, the final boss’s health should decrease gradually.

Now that all we had for you in the store. Players should find it relatively easier to fight and defeat the Arch Illager in Minecraft Dungeons. Now, after reading our guide, we hope you found it helpful. If that’s the case, why not go and check out our latest iPhone Tips and Tricks, PC tips and tricks, Games and Android Tips, and Tricks. Moreover, you may also subscribe to our very own YouTube Channel and participate in the $150 giveaway contest. However, if you have any queries or feedback, do comment down below with your name and e-mail ID. Happy gaming!