Minecraft Dungeons introduces a dungeon tunnel crawler experience for all the Minecraft fans. The game features a variety of new enemies such as zombies, villagers armed with axes, and skeleton archers. However, the most destructive among them is the new touch mob known as the Redstone Golem. Fans of the series might have already seen a glimpse of this beast from the promo shots of Minecraft Dungeons.

Given its regular appearances in the game does not mean taking it down will be simple. If you are one of those players who is finding it difficult to fight and beat the Redstone Golem, then you are in the best place. So let’s get started with our combat guide. 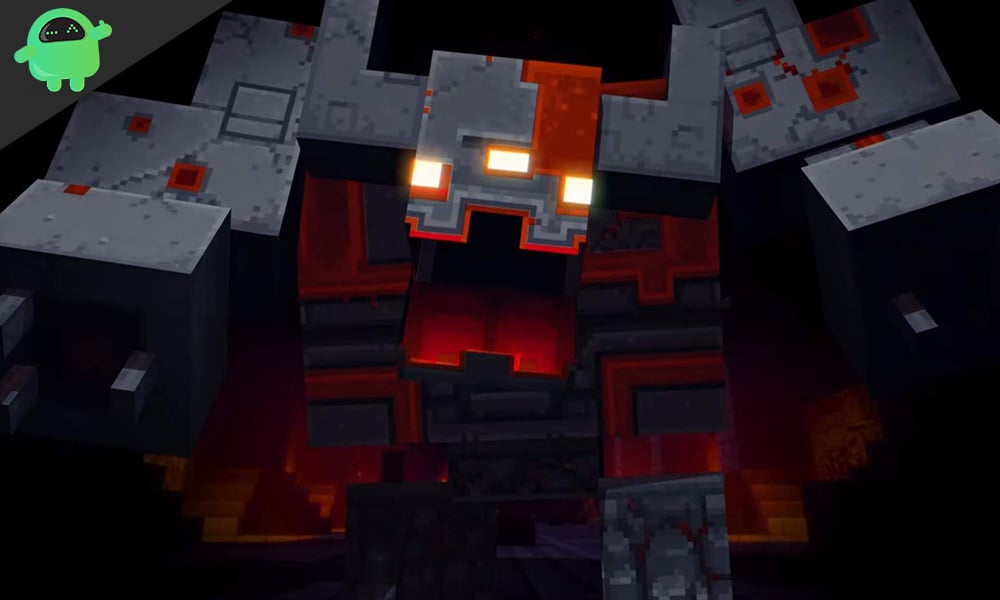 The Redstone Golem in Minecraft Dungeons

The Redstone Golem in Minecraft Dungeons is a towering creature made from animated Redstone ore. Players must be cautious around this creature, as it is highly dangerous and can deal with severe damage. During further progression in the game, the Golem is extra hazardous as it will be in the company of other enemies. So, knowing how to defeat is crucial for player progression, and in this guide, we will cover exactly how to do that.

Players will be glad to know that Redstone Golem’s attacks aren’t all that difficult to understand. But with its massive health bar and ability to inflict significant damage, it qualifies to be a force to be reckoned with. Especially with other enemies fighting beside it later on in the game. Having an efficient fight strategy is key to defeating a Redstone Golem.

How to Beat the Redstone Golem in Minecraft Dungeons?

It will be best for players to focus their fight techniques using their melee weapon, bow along with a health potion. Each player will have different sets of weapons, as, throughout the game, there are various skills that can be acquired. Although, if players do have extra healing powers, bringing them to a fight with the Redstone Golem is never a bad idea.

In its melee attack, the Redstone Golem slaps with an 18o arc ahead of it. This attack does have a bit of knockback and can punch some serious damage too. But, it’s the second attack that’s it’s most powerful. The Golem can summon yellow mines all across the battlefield that will explode the moment players step into its trigger radius. The mines are known to instantly kill a player if they are not too careful or with low health.

The only way to actually defeat this beast is through its second attack mode. When the Golem is busy trying to deploy mines near the player, it is the most vulnerable then. At first, the Redstone Golem will attempt to chase the player, and then after a while, it will stop and start slamming the ground to spawn the yellow mines.

Smart players can utilize this window while the Golem is incapable of defending itself by getting it as many hits as possible. Once the window of opportunity is closed, players must quickly distance themselves from the Golem, all the while avoiding the yellow mines that are in the vicinity.

It is not advisable for players to attempt to fight this beast head-on. In doing so, it will surely be fatal from them and result in instant death. Even by using powerful defensive artifacts such as the Iron Hide, Amulet may get a couple of extra playtime seconds until it fails. As mentioned earlier, a good fighting strategy, along with a variety of attacks, is needed to survive the Redstone Golem.

Players can move across the map after dealing with some damage until the next window of opportunity presents itself. Additionally, players can use the ‘stutter-step’ attack by shooting arrows at the Redstone Golem. Doing this is much more comfortable in larger open spaces. Rather, Obsidian Pinnacle will have players fighting against the enemies in restricted areas.

Using the geographical space of the level to a player’s advantage is an excellent tactic for defeating the Redstone Golem. Trapping the Golem at a corner or on an object will make it much easier to spray it with arrows and attacks. Players need to stand near the edge or an object for safety and let the Redstone Golem run towards them. It’s not exactly the most barbaric fight out there, but still, this is one way to survive.

Additionally, players can clear out the rest of the battlefield first, thereby limiting the Redstone Golem’s presence and also decrease the exposure with the surrounding dangers.

We have more such guides if you want to read them, go and check out our latest iPhone Tips and Tricks, PC tips and tricks, Games and Android Tips, and Tricks. Moreover, you may also subscribe to our very own YouTube Channel and participate in the $150 giveaway contest. However, if you have any queries or feedback, do comment down below with your name and e-mail ID. Thank You!