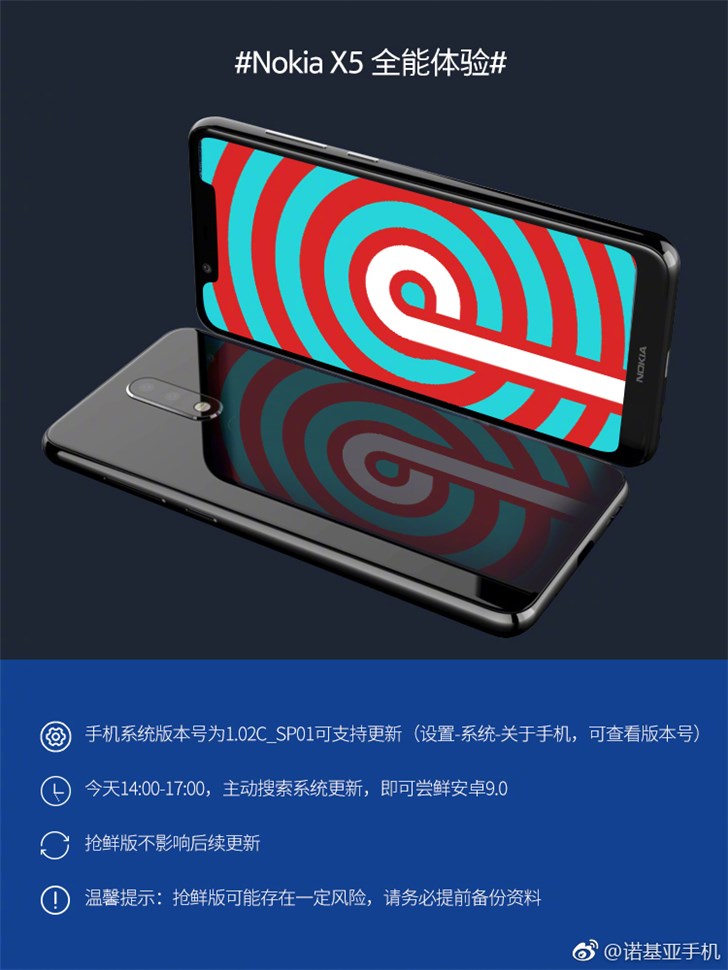 Nokia X5 was the second smartphone from the company that featured with the notch. It comes with 5.8-inch IPS display that supports 720 x 1520 pixels of resolution and offers 19:9 aspect ratio. The phone featured with glass panels of both sides front as well as back along with the plastic frame. The Nokia X5 powered by Octa-Core MediaTek MT6771 Helio P60 (12 nm) processor under the hood. It has 3 Gb and 4 GB of RAM models along with 32 GB and 64 GB internal storage.

Out of the box, the Nokia X5 runs on Android 8.1 Oreo operating system which based on Android One operating system. The phone featured with dual camera sensors on the back side along with LED flash. There are a 13-megapixel main camera with f/2.0 aperture and PDAF and 5-megapixel secondary camera for depth. The phone is packed with Non-removable Li-Ion 3060 mAh battery. There is a fingerprint scanner on the back side to0.