When it comes to reliability, OnePlus stands out with its efficient software support. It doesn’t matter whether you are using a new smartphone or an older one, you get regular software updates. Currently, the OEM is rolling out the OxygenOS Open Beta 6 for OnePlus 6 and 6T. Yes, these devices are now almost 2 years old, yet they enjoy all feature updates and regular bug fixes

With the latest beta release, OnePlus is pushing the March 2020 security patch for the devices. Also, the current update fixes the launcher crash when certain apps are running on the full-screen display. Users will face no more blank screens while clearing out the background apps. 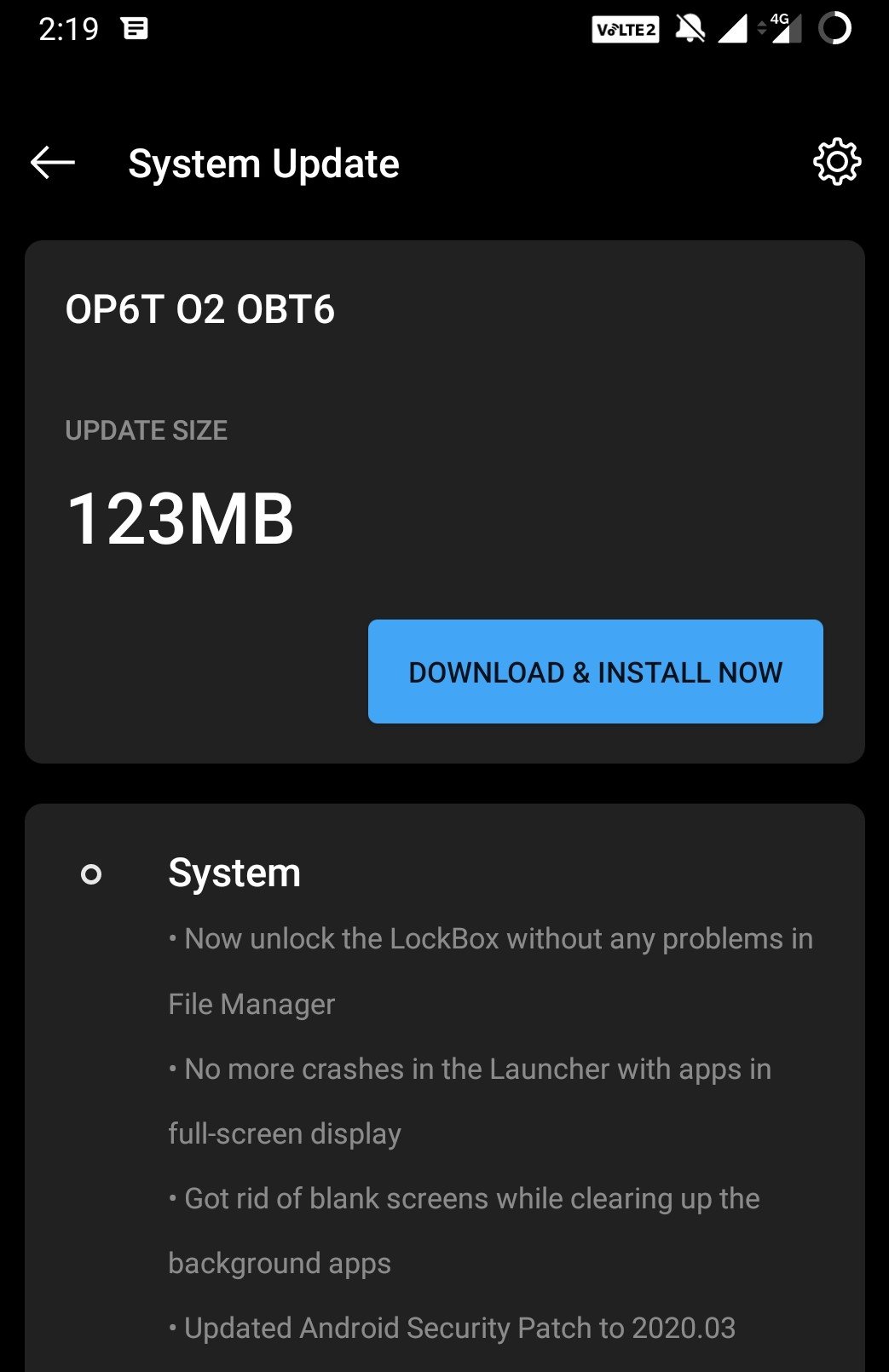 OxygenOS Open Beta 6 for OnePlus 6/6T is already moving over-the-air. I am a beta user and I have received the new update on my OnePlus 6T. So, you should check on your device in case you are a beta user. Go to Settings > System > System Updates to see if Open beta 6 is available or not. The OTA weighs only 123 MB. You can make use of Wi-Fi to instantly download the update. Before installing the new update make sure to recharge the battery of the device up to 50% or more.

We have put up the complete official changelog of the latest Open Beta update for the OnePlus 6/6T. Keep in mind that beta builds are not 100 percent stable. They may be buggy. That’s the reason the beta users exist. They can use the early build, report bugs to the developers for fixing.

We know that OTA updates can delay showing in some regions. So, to fix that issue we have put up the recovery files for both the devices. You can simply flash these recoveries manually on your respective devices.

In case you may get into confusion regarding the installation part, let me help you out on that. Installing the above recovery files is pretty easy.

First, download the files depending upon whichever device you are using. Make sure to move it into the root directory. Then head to

Now let the installation happen. It should take about a few minutes depending upon the software file size. Then the device will reboot on its own or you can manually reboot it. That’s it.

So, if you are a beta user sporting an Oneplus 6 or 6T, then download and install the latest OxygenOS Open Beta 6 now.