There is nothing to say new about OnePlus and its affordable flagship lineup devices. Last year, the Chinese OEM OnePlus has released a couple of OnePlus 7 and 7T models & OnePlus 7T Pro is one of them. The handset features all the flagship hardware specifications and came with Android 10 on the top of OxygenOS 10.0.4 out-of-the-box. Meanwhile, Google has released its Android 11 Developer Preview 2 recently with so many features and improvements. Now, if you’re waiting for the OnePlus 7T Pro Android 11 R update, then this article is for you.

Apart from Google and Essential, the Chinese brand OnePlus was one of the first OEMs to release OxygenOS 10 (Android 10) for the OnePlus 7/7 Pro models in September 2019. So, the OnePlus 7T Pro users are also thinking to get quite faster updates this year with OxygenOS 11 (Android 11). Though the company follows the same trend to provide Open Beta updates before releasing a stable one, we can expect that the Open Beta program will start within a couple of months most probably. 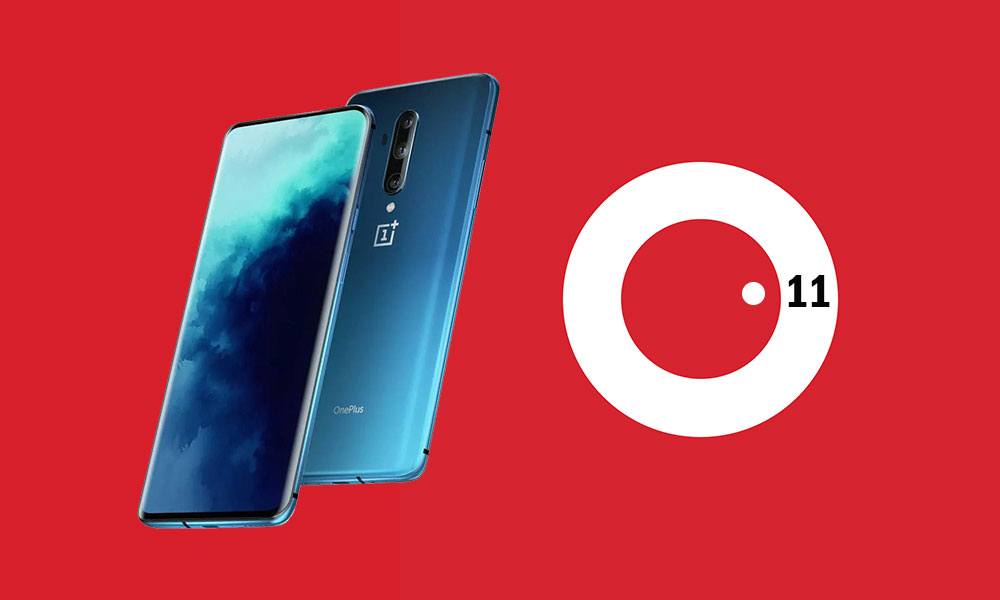 You can check the full changelog of Android 11 features here. While the OxygenOS 11 details can be found here.

Updated on Nov 18, 2020: Multiple reports and leaks are coming out that the stable Android 11 update on top of OxygenOS 11 for the OnePlus 7T Pro model will be available by the end of December 2020 expectedly.

Meanwhile, if you’re quite impatient to have the first look and get an early taste of Android 11 (OxygenOS 11) then you can try out the AOSP Android 11 Custom ROM for OnePlus 7T Pro right now by following this guide.

Whereas the CyanogenMod OS fans or existing users mostly rely on the latest generation LineageOS custom firmware. So, the OnePlus 7T Pro users can also manually flash the LineageOS 18 Custom ROM based on Android 11 from here. So, if you don’t want to wait further for the official release, you can at least try out the Android 11 features and visual experience right now.

According to the trend of OnePlus in the last couple of years, we can expect the OnePlus may start pushing the OxygenOS 11 Open Beta based on Android 11 for its eligible devices in Q2 2020. Though there is no official confirmation available yet, the Open Beta update will take place from April 2020 most probably.

Now, the exact official OxygenOS 11 update roadmap for the OnePlus 7T Pro may vary. If we follow the timeline of the previous OxygenOS Open Beta and official stable releases, OnePlus mostly provide Open Beta updates before a month of the stable update for any particular device model.

Till then, we have to wait for more info and leaks.