Oppo A31 was launched on February 13, 2020. Oppo chose the 2020 tag that doesn’t mean that it is an upgraded edition of Oppo A31 which may have launched earlier. Oppo the named in that way only. This is a budget segment smartphone with a few exciting features. The device came out of the box with Android 10 under Color OS 7. Here we will explain whether the Oppo A31 will receive the official Android 11 (ColorOS 11) update.

You landed up to this article with a question that what is the status of Oppo to push the Android 11 to the newly launched Oppo A31. Well, then go through this article, and by the end of the article you will be able to clear all the doubts regarding Oppo A31 Android 11 (Android R) Update Status, either it is Android 11  official update or Android 11 Beta update. 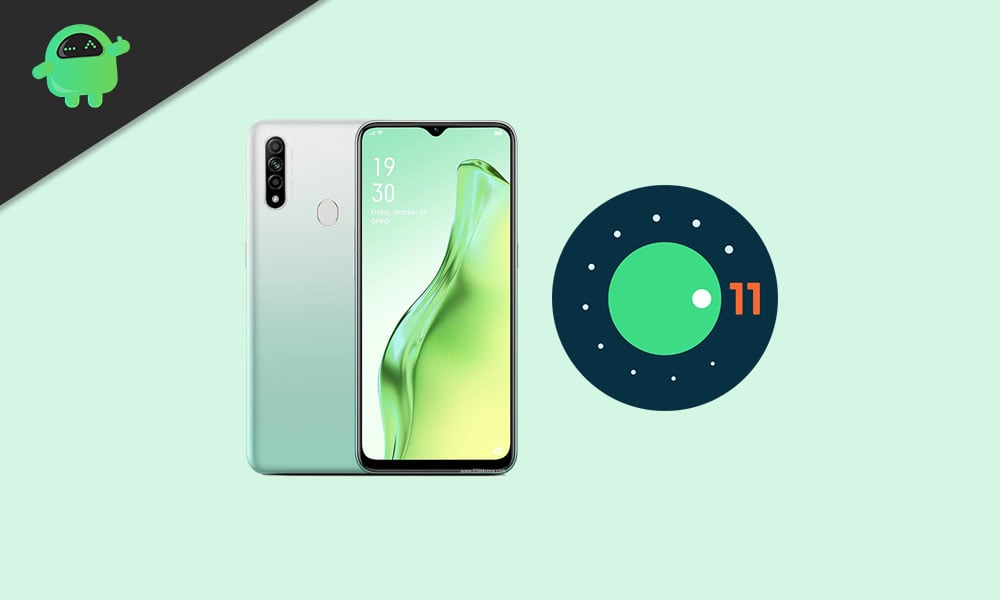 It’s pretty straightforward that the ColorOS 11 will be based on Android 11 (R) features. So, the native Android 11 features will be there expectedly with some improvements or additional features.

The Oppo A31 (2020) runs Android 9 and is powered by a 4230mAh non-removable battery. Connectivity options on the Oppo A31 (2020) include Wi-Fi 802.11 a/b/g/n/ac, GPS, Bluetooth v5.00, Micro-USB, FM radio, 3G, and 4G (with support for Band 40 employed by some LTE networks in India). Sensors on the phone include an accelerometer, ambient light sensor, compass/ magnetometer, proximity sensor, and fingerprint sensor. The Oppo A31 (2020) supports face unlock.

Will Oppo A31 Receive the Android 11 Update?

Well, Oppo only promised the beta update of Android 11 to Oppo Find X2 and X2 Pro. Regarding the official Android 11 Update for Oppo A31, there is nothing to worry about, the device will surely receive the update. According to the CMO of Oppo, almost every Oppo device gets at least 2 major software updates. Since Oppo A31 was launched with Android 10 out of the box, and it will receive the next 2 major updates; Android 11 R and Android 12.