New Update on July 4, 2020: Oppo has recently made the June 2020 security update available for the users of Oppo Reno 10X Zoom. Well, apart from the usual security patch, this new update also brings in some extra features for the device. Notably, this new update also packs support for camera video recording with the wide-angle and telephoto lenses. The update is currently lice for the Oppo Reno 10X Zoom users in China and is expected to be made available for other regions as well. For more info, you can head here.

New Update on April 11, 2020: Amidst Coronavirus crisis, Oppo decided to change the release date of ColorOS 7 based on Android 10 to a few of their devices. In which, Oppo released a new update plan where the Oppo Reno 10X Zoom will be eligible to receive the stable ColorOS 7 between April 17-25. 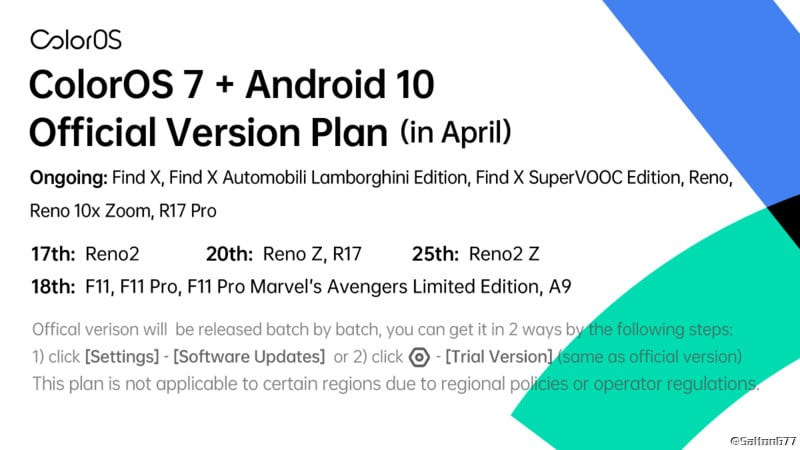 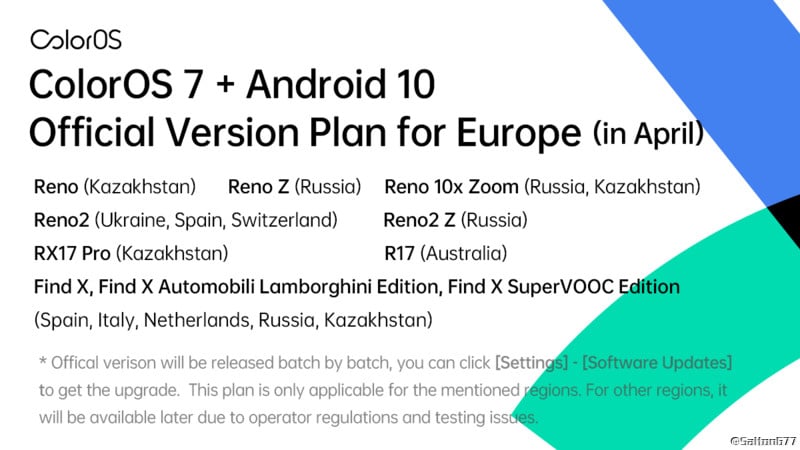 Updated on April 8, 2020: Oppo has finally pushed the official/stable builds of the ColorOS 7 (Android 10) update for beta testers of the Oppo Reno 10x Zoom devices in China. This new OTA is arriving with the version number C.20 and brings tons of new ColorOS 7 and Android 10 specific core features to the device.

Last year, the Chinese OEM OPPO has announced its latest custom skin called ColorOS 7 based on Android 10 in China. Though the company has released a timeline for the update roll-out process for its eligible devices, the company has started pushing beta updates to its interested beta testers initially. However, due to the Coronavirus outbreak, the update process has been already delayed. Now, Oppo has released the second batch invite for Oppo Reno 10X Zoom Android 10 Update with ColorOS 7. 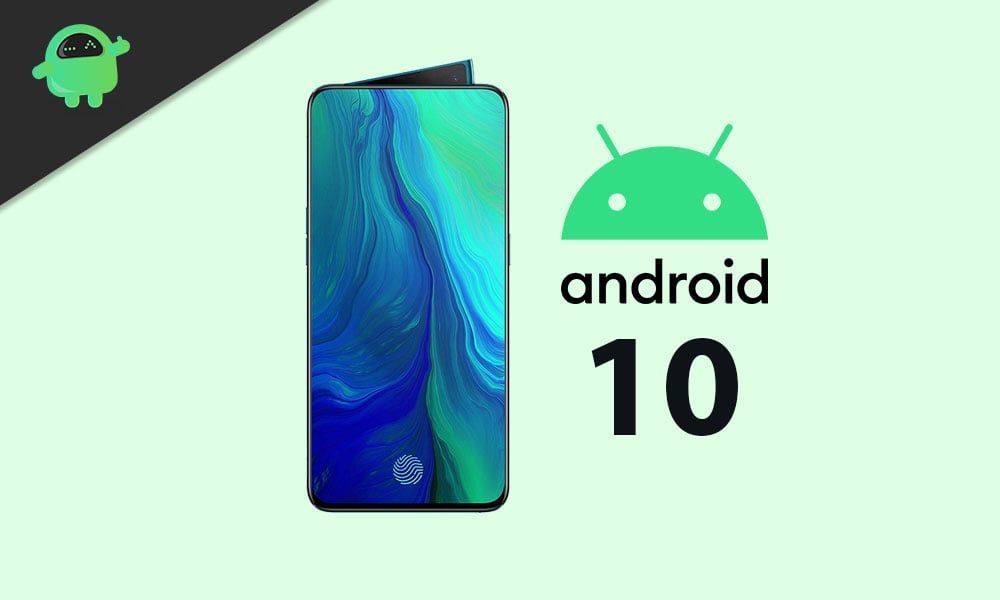 ColorOS 7 based on Android 10

Android 10 (aka Android Q) was launched in September 2019 by Google which is the successor of the Android 9.0 Pie. It basically offers a bunch of new features and privacy improvements than its predecessor. Google has ditched the official alphabetical naming series for Android 10 this time which will be good enough for developers and users to remember the name of Android versions.

New Updated on March 27, 2020: Today Oppo released a statement in Europe about the upcoming Android 10 for the Oppo Reno 10X Zoom due to GDPR. According to the statement, it will take some time to release the ColorOS 7. Here is the tweet:

Updated on March 6, 2020: As we’ve already mentioned above that Oppo has released the ColorOS 7 second batch invite for the early beta birds of Reno 10X Zoom Edition users. The recruitment procedure will start from March 7, 2020, at 10:00. The new early beta update should include polar night mode, video stabilization, video features like beauty mode, etc.

To maintain the quality and stability of the update, Oppo will release the OTA update in a gradual manner. Keep in mind that your Reno 10X Zoom handset should run on the A.46 version. In order to apply for the early beta adopters, you will need to go to the device Settings > Software Update > Tap on the settings (cog) icon in the upper right corner > Tap on Upgrade to early adopters > Tap on ColorOS 7 to limit early adopters.

Fill up the application > Check the early adopters and privacy policy > Tap on Apply Now. The selected beta testers will receive the beta OTA update within 3 days or so. Till then, you have to wait.

Earlier we had shared the Android 10 update for Oppo Reno 10X Zoom based on ColorOS 6.7, if anyone wants to try it, you can download it from XDA Forum.

Changelog based on ColorOS 6.7

Here is the complete official changelog of the latest Android 10 update for the Oppo Reno 10X Zoom.