Mythic Paths are one of the most interesting things about Pathfinder Wrath of the Righteous. And it is mostly the contribution of these paths that grabs the attention of such a massive user base. The ability to obtain the different types of Mythic Paths in Pathfinder and build up a legendary character is what you will do throughout the whole adventurous journey.

However, when we speak of the Mythic paths, Pathfinder Wrath of the Righteous provides 10 different types of such Mythic paths. While some of them are accessible from the beginning itself, there are some that you will need to unlock as you keep going. But the disparity here occurs between the powers of each of the Mythic paths.

Each one certainly has its own unique pros and cons. As a result, it is quite confounding to select the best one among all of them. But to erase all the perplexness, here we are with a list of the best Mythic paths for each class. 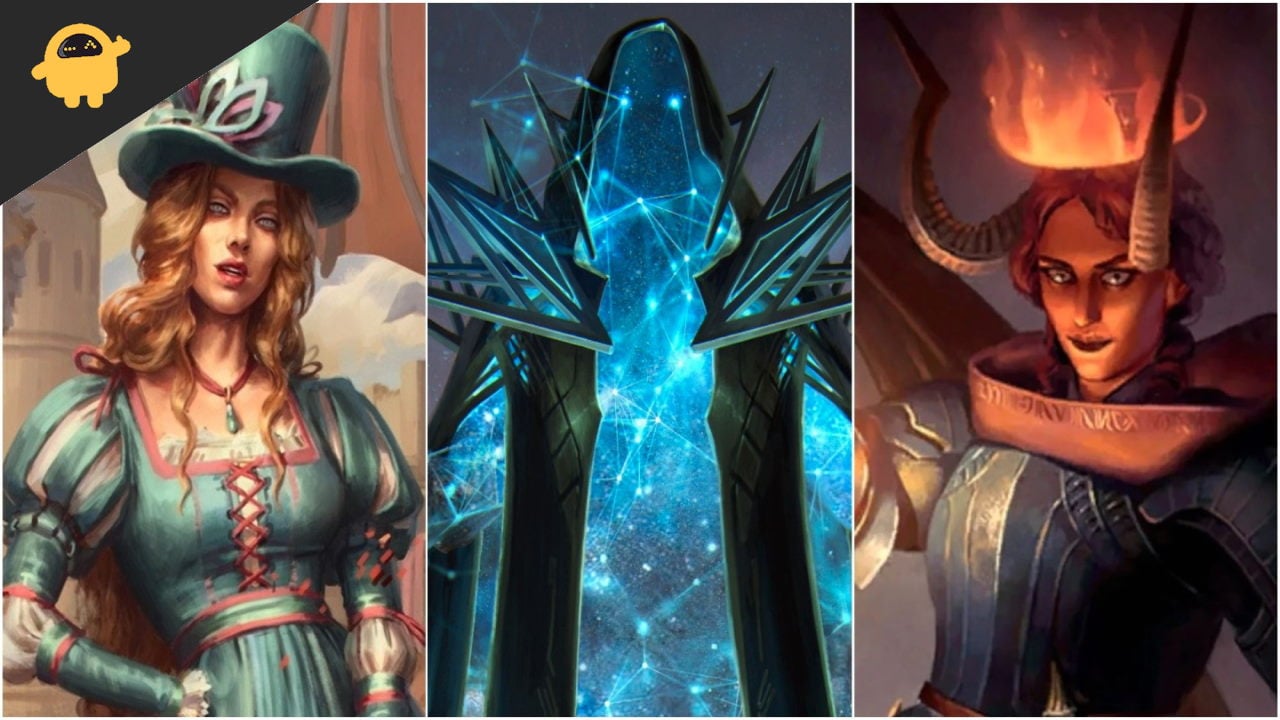 Pathfinder Wrath of The Righteous Best Mythic Paths For Each Class

We have put together all the 10 Mythic paths in a serial order while describing their unique powers. This should help you get an overview of all their abilities and select the best one based on the class. 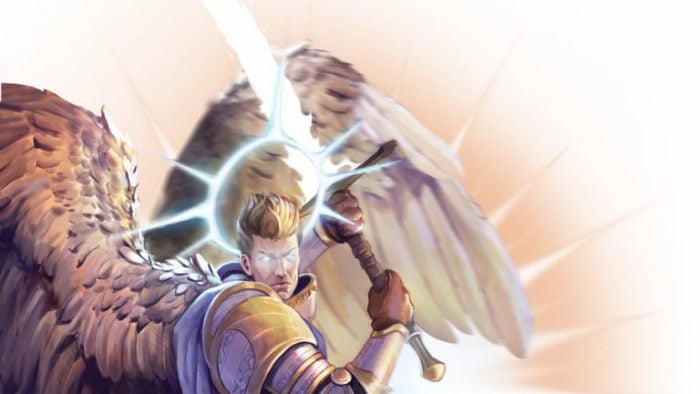 As the game revolves around deadly battles between the heroes from Heaven and the demons, it is obvious that angels will be playing a significant role here. And by no surprise, Angel turns out to be excessively powerful as you go on picking a Mythic path. With the Sword of Heaven and the various Angelic tricks, you can easily build a great melee. Besides, it also provides you with different types of spells of incredible power that will be of great help when you play as a Witch, Cleric, Druid, etc. 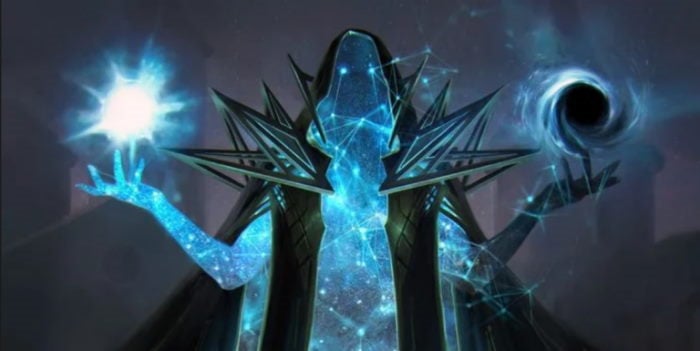 Talk about a Mythic path with an incredible questline, Aeon surpasses all other paths in Pathfinder in this case. It is mostly associated with all sorts of cosmic order. Aeon focuses on making all the wrongs of this universe rights.

Coming to their different abilities in battle, Aeon has multiple Mythic abilities that provide them great benefits even in the worse situations. First of all, it can gain hugely from Enforcing Gaze. This is a unique aura that provides great benefits in the form of buffs and nerfs. It works for both your party as well as for your enemies depending on the type of Mythic abilities you possess. One of the interesting things Aeon possess is the ability to suppress their enemy’s Mythic abilities which gives them the edge to win any battle. 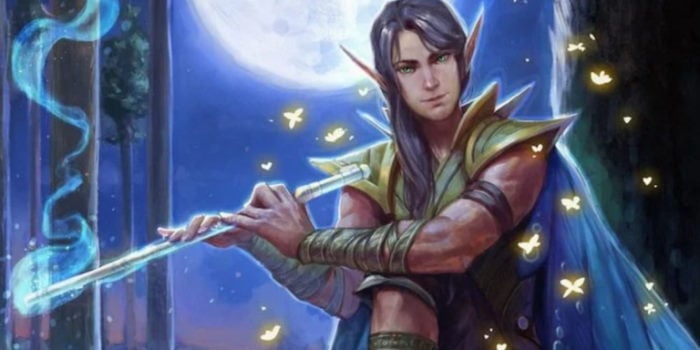 Azata is one of the fan-favourite Mythic paths in Pathfinder Wrath of the Righteous. It is best suited for those who possess a chaotic good character. They have various types of superpowers and notably a dragon companion, Aivu. Although this new character might deceive you at the beginning by its adorable looks, it gets immensely strong as it grows larger. Azata is a perfect fit for Bard, Cleric, or similar classes. 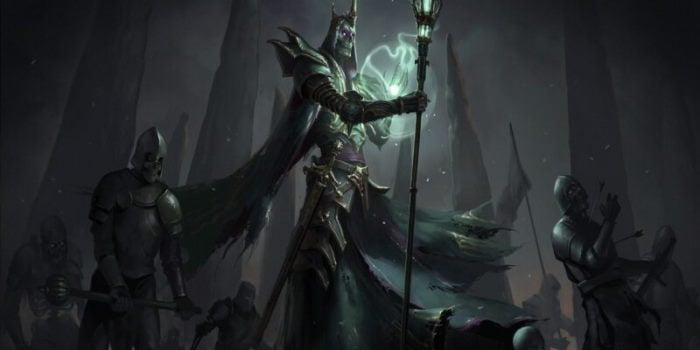 Unlike the others, Lich as a Mythic path is certainly an evil character. They are basically necromancers, one that can raise an army of the dead. Lich’s are no doubt one of the most powerful Mythic paths in the game. They can recruit more characters at any moment and make them work for their cause. Plus, they also have the ability to merge spellbooks with arcanists, wizards, sorcerers, and witches, which indeed spikes their powers.

However, being an evil characters, Lich’s also come with their own cons. Firstly, these characters are not trusted most of the time not even by their companions too. But you could easily help this since you are capable of raising more at times. Secondly, Lich’s cannot romance throughout the entire gameplay. Now, that is up to you, if you consider it a significant loss then you might look for another Mythic path, or else it can be a good choice. 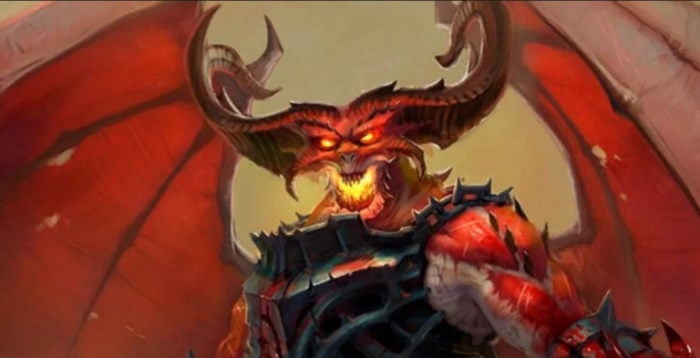 Demon is yet another evil character that has a lot of unique powers. It could be a choice for those who want to make the enemies cry blood with their horrors and power. Demon fills you up with a huge variant of natural attacks. Above all, its ability to make you go into a demonic rage is truly terrifying. Moreover, as you achieve higher mythic ranks, you can even customize it as you wish. You can get this mythic path near the exit of the Shield Maze. 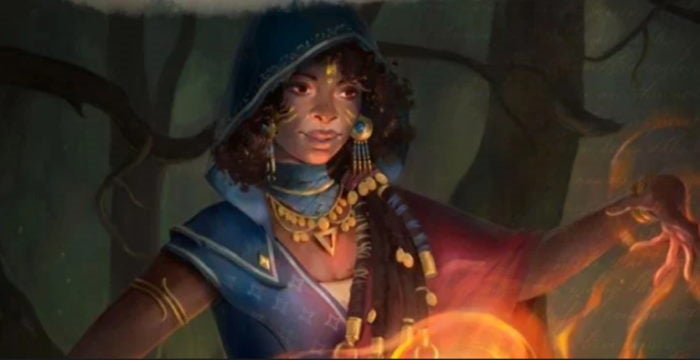 The Legend mythic path is a true hero, one that resembles the characteristics of a monk itself. They avoid all sorts of outside influences and their sole focus is to develop and become a better hero. This mythic path lays you a way to shape your build the way you want. In other words, by choosing Legend, you can open your path to fully explore the world of the Pathfinder Wrath. Include all that you want to have in your character and avoid the rest to keep it idle. 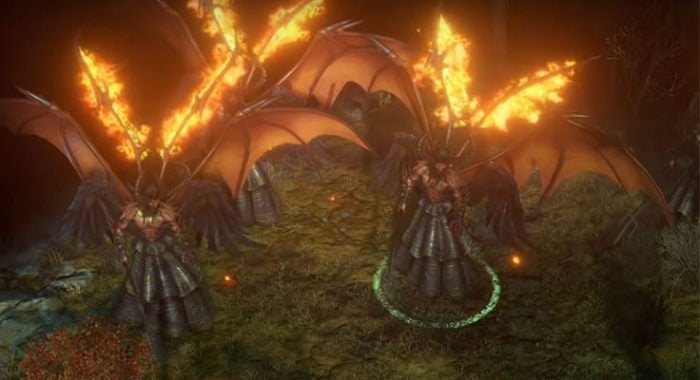 Considering the storyline behind it, Devil is indeed one of the mythic paths that sounds pretty interesting to go with. However, you will need to go through some rough paths before actually unlocking it. What’s even more salient is, that in order to take the Devil mythic path, you will have to take either the Azata or the Aeon mythic paths in the past.

If you choose to go for it, you will also come across a few aspects of the angel and the demon mythic paths as well. Besides, the Devil has its own unique aspects as well. So, there’s no doubt you will have a lot of tricks on your sleeve which might guarantee you a journey full of fun. However, note that a fun journey doesn’t mean a strong one as well. The Devil’s mythic path might offer some great adventures but it lacks the strength compared to the other mythic paths. 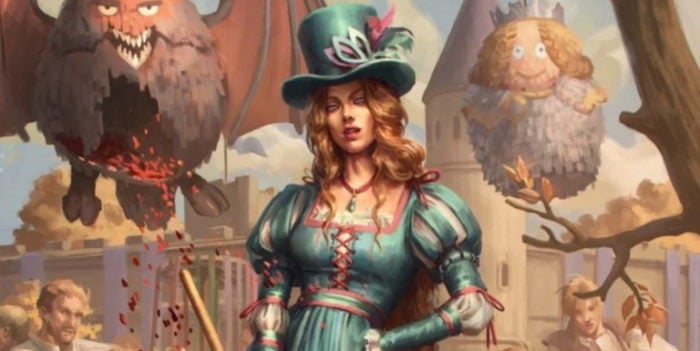 If mind games are your kind of thing, then the Trickster is the best mythic path for you. They suit with a completely different playstyle. They are basically Chaotic Neutral characters with a lot of tricks up on their sleeves. One of the best things about this Mythic path is that they are able to turn the tides in their favour while benefitting from them greatly. Besides, their skill to pull off some exceptional abilities might definitely amaze you. 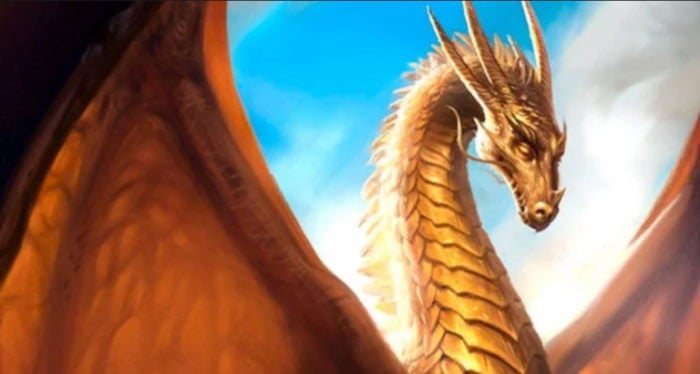 Looking for an all-around mythic path? Gold Dragon will serve you the right way. It boosts your overall stats allowing you to grasp multiple abilities. No doubt, you will acquire some great abilities following the Gold Dragon mythic path. Specifically, you will be able to obtain the ability of the Dragon breathe attack which is going to serve you well in the future. However, when compared to the other specialized paths, you might feel the lack of that speciality you would have got in any other path. 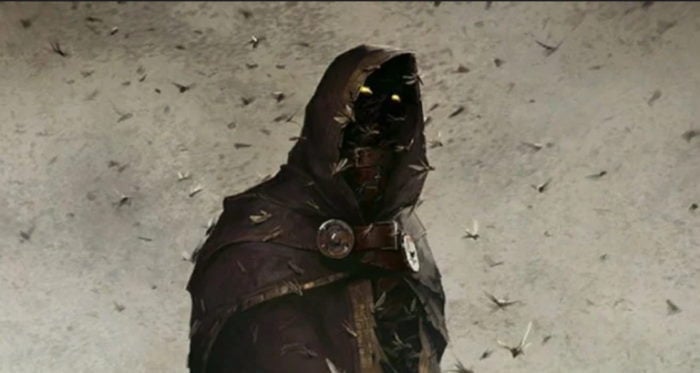 With certainly a typical concept, Swarm-that-walks is indeed one of the interesting paths in Pathfinder Wrath of the Righteous. While the other mythic paths are mostly based on a group of members walking down a path together, this one is built differently and possibly the evilest of all. On one end, it looks pretty cool and can even get way too powerful, but on the other, you will have to sacrifice all your party members, and many other things, and will be bound to follow only certain specific philosophies that will encourage you to walk alone.

This is definitely not one we would recommend you to go with at your early start. However, once you reach a position, you might get attracted by its extraordinary style and philosophies.

You can always analyze your playstyle and note down the things you need. By doing so, you can find your idle path based on your class and your playstyle as well. Anyways, since you have come this far, let us know which mythic path really caught your attention.