In this tutorial, we will show you the steps to get back the Power Menu Screenshot button on Android 11. The latest iteration of Android bought in tons of new features. Along the same lines, Google has completely revamped the Power Menu as well. Earlier it consisted of the options to power off your device, restart it, dial an emergency number, and take screenshots. However, all that has now changed. While the first three options are still there, you would have to bid adieu to the fourth one.

In place of that, Google has added virtual payment cards linked with Google Pay that allows you to carry transactions via NFC. Below that is the option to control all your smart home appliances. While all these options are quite useful in its own rights, but trading it with the Screenshot option might not be welcomed by all. If you echo these thoughts as well, then this guide will help you out. Today, we will show you how to bring back the Power Menu Screenshot button on Android 11. Follow along. 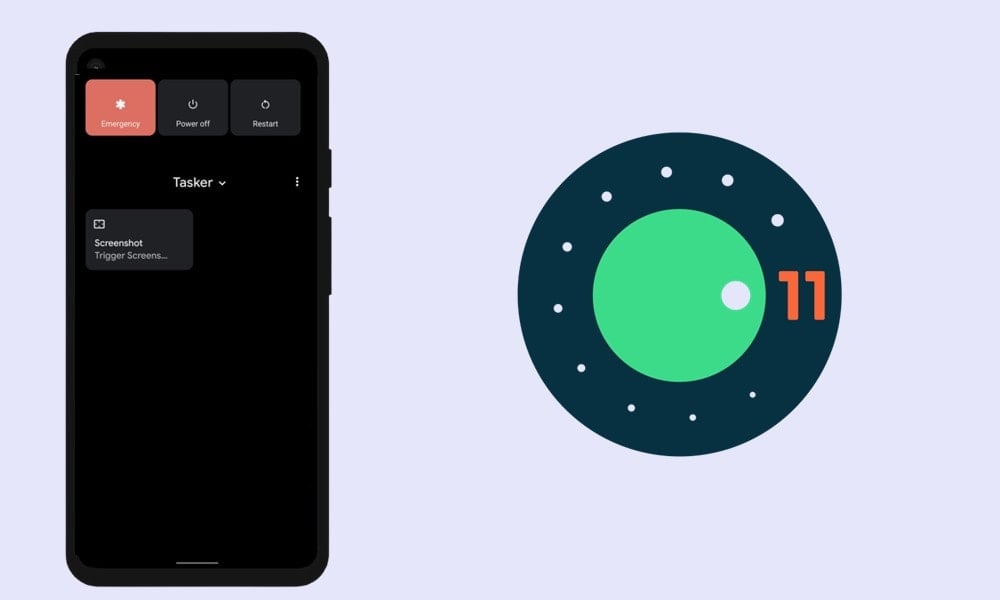 How to Get Back Power Menu Screenshot Button on Android 11

To carry out the aforementioned task, we would be making use of the Tasker app. This is highly regarded as among the most powerful automation apps for Android. But there are a few points to keep in mind before proceeding ahead with the steps. First off, it is a paid app, and secondly, you will have to sign up for the app’s beta testing program.

This is because the task to bring back the Power Menu Screenshot button on Android 11 isn’t possible on the stable build. So head over to Play Store and download the Tasker app. Once that is done, sign up to become a beta tester using this link. When you have satisfied both the conditions, proceed with the below instructions.

Creating any task or project via Tasker requires a lot of effort. Fortunately, that isn’t the case this time. This is because there already exists a profile for Power Menu Screenshots with the required settings. You just have to import it over to the app, carry out a few tweaks and that’s it. Follow along for the complete instructions:

There are a few points that we would lie to draw your attention towards. To begin with, if you don’t use the Smart devices option, then you could leave this menu set to the Tasker profile (rather than switching back to Home). This will save you from the efforts of switching to the Tasker tab every time you bring up the Power menu.

On that note, we conclude this guide on how to get back the Power Menu Screenshot button on Android 11. If you have any queries, do let us know in the comments section below. Rounding off, here are some iPhone Tips and Tricks, PC tips and tricks, and Android Tips and Trick that you should check out as well.