As someone who uses Wifi, I can understand that it can be a horrendous task to connect to it sometimes while other times, it would freely connect and allow downloads and uploads at lightning fast speeds but the scenario where I quoted about connecting the phone or computer to the wifi is really a massive problem in Archos or take any smartphone for instance. There could be a number of problems related to the Archos wifi problems such as the phone isn’t connecting to the wifi or it has established a connection but either the signal keeps dropping or the internet access remains unavailable and host of other problems that you take into account. Therefore, I have compiled a list of all the possible problems that you might encounter with your Archos smartphone as well as how to fix it using these simple methods. 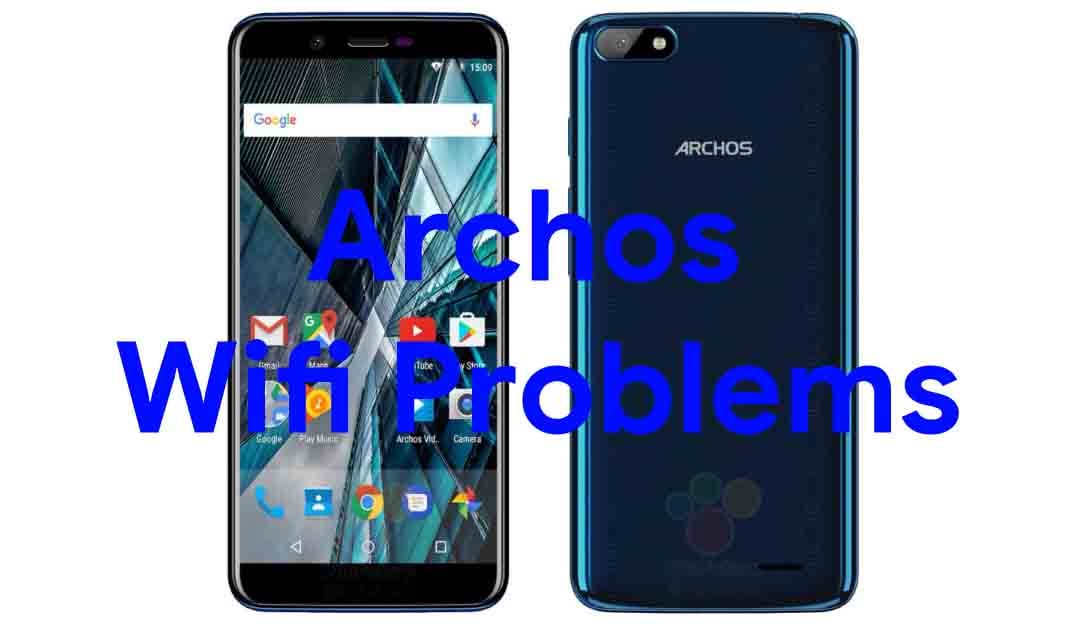 “Can’t connect to the wifi”

It might sound not too workable but indeed it is quite a powerful method. For any bad connections or network or even software-related issue, simply reboot the phone and that must resolve almost instantly. But there could be phones that might not solve too easily.

Toggle into the airplane mode

Moving on to the next method in order to connect to a wifi network, what about toggling the airplane mode. Although it would push you into the flight mode where no incoming and outgoing networks are accessible, it is exciting how the flight mode fixes some of the network-related issues just like that. Next time when you have a wifi problem, simply toggle the airplane mode twice or thrice and check if it makes any difference.

You tried connecting to a wifi network after you turned on the wifi icon from the notification panel so how could toggling off the wifi would help solve the problem. It is similar to toggling airplane mode as it pushes the system to establish a connection if indeed it was broken or bad earlier.

Can’t get it to connect yet, try rebooting the router. For this, you must turn off the router and wait for few minutes. After that, try plugging in the router and check if it connects to the phone or not. Hopefully, it must work.

“There’s no internet access after connecting to the wifi”

Assuming that you were able to connect to a wifi network but you are still facing problem accessing the internet and some of the signs are, the web page isn’t loading, can’t download or browse the web and everything else that you can’t do without an internet connection. Let’s see if we can get it fixed using these methods.

Try this particular method again but this time, it is because you can’t access the internet. Turn off the router, wait for 30 seconds or around it and turn it on. Check if the internet is working or not.

Move closer to the router

Your wifi router works on radio waves that are transmitted within a specific range. But walls can cause serious attenuation as it blocks almost half of the signal and maybe that is why you are unable to access the internet as the router is in the bedroom and you are in the living room with several walls in-between. Try moving closer to the router or you can change the position of the router as well which must do its job if in case the problem is the distance and network reception.

Check for a power outage

It is quite possible that the ISP that provides internet services is observing breakdown or maintenance work because of which, the firm was forced to shut down services abruptly or it might have sent notification regarding the outage few days in advance. Whatever it may be, you need to check out if there is an intermittent issue with the ISP as in such cases, the wifi would connect to the phone no doubt but it will still not have internet access.

“The wifi signal keeps dropping off”

It is also one of the common Archos wifi problems that you would come across no doubt. Here, the wifi is connected to the phone, you are able to use the internet but suddenly, the wifi signals drop off and resumes or fluctuates in-between. What can we do about it?

Check if other devices are connected to the wifi

At home, a wifi router has a really low capacity unless you are a gamer or someone with crazy knowledge of overhauling and increasing the capacity of a router. Thus, only a few numbers of members can be connected to a network and it is mostly a single digit number. But since the bandwidth requirement for laptops and smartphones aren’t alike, there could be a bump in the members. Assuming that a number of members are connected to a single wifi router including smart devices, it is possible that the available bandwidth is too low or feeble for your phone. Try disconnecting some of the devices and check if this trick works or not.

Walls could be a great source of interference as I stated above. Then, signals from other wifi routers as well as from those devices that transmit radio waves or even microwaves (smart devices) can interfere with your wifi connection to the phone and that’s where the wifi keeps dropping off or the internet keeps fluctuating ON/OFF. Try moving away router and verify if the problem is sort or not.

Relocate the router or move closer to the wifi

Attenuation is a major hurdle between you and the wifi router and thus, it can be greatly reduced if you move closer to the wifi router or if you relocate the router in such a possibility that it broadcasts signals evenly across the home and this must resolve the problem for you.

There is a possibility that the router firmware is outdated or even the software/firmware installed on your phone. This could cause a slew of wifi problems and other issues and therefore, it is highly recommended to update the software. For a router, you can go to the manufacturer’s website, check for router model and check out available firmware updates. On the other hand, you need to go to ‘Settings >> About Device >> Software Updates’ to check for updates on your phone.

There could be a number of issues behind why it happens including the distance between the router and your device as well as interference that must be taken into consideration, etc. Here are few things you can do to overhaul the poor wifi connections.

If for any reasons, you can’t move the router, try adjusting the antennas for better coverage. What you can do is adjust it either horizontally or vertically or somewhere in middle depending upon how strong signal you are receiving and then, use the settings for a long period or as long as the wifi problems are away.

Although this would involve buying an additional device, it is quite a payoff as the wifi strength will considerably increase after you install a wifi range extender.

For anything that you can’t fix even after opting for the above methods, performing a master reset is the supreme method you can opt for that must curb any and every software-related problem. Here’s how you can do the same on your Archos smartphone.

Verify if the procedure worked on the wifi problems that you were observing or not.

Get help from a phone’s service center