Updated on November 22, 2020: Today Realme rolled the November 2020 security patch for the device with build number RMX1971EX_11.C.08. There is no update on when this device will receive the Android 11 update yet.

Realme 5 Pro is one of the budget all-rounder smartphones from Realme that was launched in September 2019. It came with Android 9.0 Pie over ColorOS 6 out-of-the-box and already received one major Android OS update e,g Android 10 on the top of Realme UI. Recently, Google has released the Android 11 Public Beta for the Google Pixel devices except for the 1st-gen Pixel models. While some other smartphone brands are also in the list of pushing Android 11 early beta update to its devices. Here we’ve shared the details of Realme 5 Pro Android 11 (Realme UI 2.0) Update.

The release of Android 11 stable version is not so far from now and the Realme 5 Pro users are very much excited about it. If you’re also one of them and want to know more about the upcoming Realme UI 2.0 update then check out the details below. There is no doubt that Realme is going to push the Android 11 early beta program to its eligible devices and then the Realme UI 2.0 stable update will be released for all those devices in batches via a scheduled timeline. 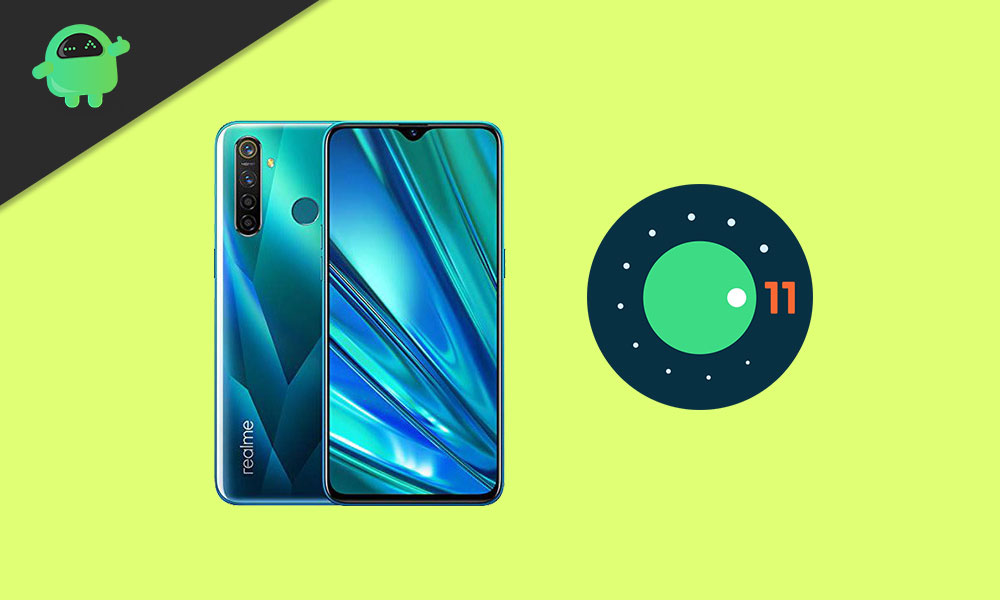 Realme has only announced the Android 11 Beta update for the Realme X50 Pro model initially. However, as the time goes on, more and more devices will be included in the list. Realme CMO has mentioned that all the Realme devices are capable of receiving two major Android updates. Therefore, Realme 5 Pro has received only one Android update (Android 10) and one more Android update is pending (Android 11).

However, there is no official statement available yet by Realme for the Realme 5 Pro Realme UI 2.0 update. To recall, Realme UI 2.0 is the successor version of the last year’s Realme UI 1.0 that is based on Android 10. The company is still busy pushing the Android 10 update to some of its pending devices. We may have to wait for a while and keep visiting this article for more info.