Realme has been killing it in the budget smartphone sector in India and has just launched the much-awaited Realme 7 series of phones. Realme 7 is the less powerful of the two phones that the company has launched. However, for a starting price of Rs. 15,000, the Realme 7 offers a whole bunch of features that make it a very compelling buy in the mid-range section of phones.

Now, if you’re using this handset and want to upgrade to the latest software version that you’ve missed earlier or didn’t get yet, then you’re in right place. Here we have provided the Realme 7 Software Update Tracker along with the firmware download links below.

Sometimes, users didn’t receive any particular software OTA update due to some server or carrier-related issues mostly. That only happens due to the incremental roll-out process by the smartphone OEMs. So, if you think that your device isn’t getting the latest software OTA updates automatically, then you can manually check for it by following our guide. We have shared the full list of software update details below. Now, head over to the device specifications at first before going to the update tracker. 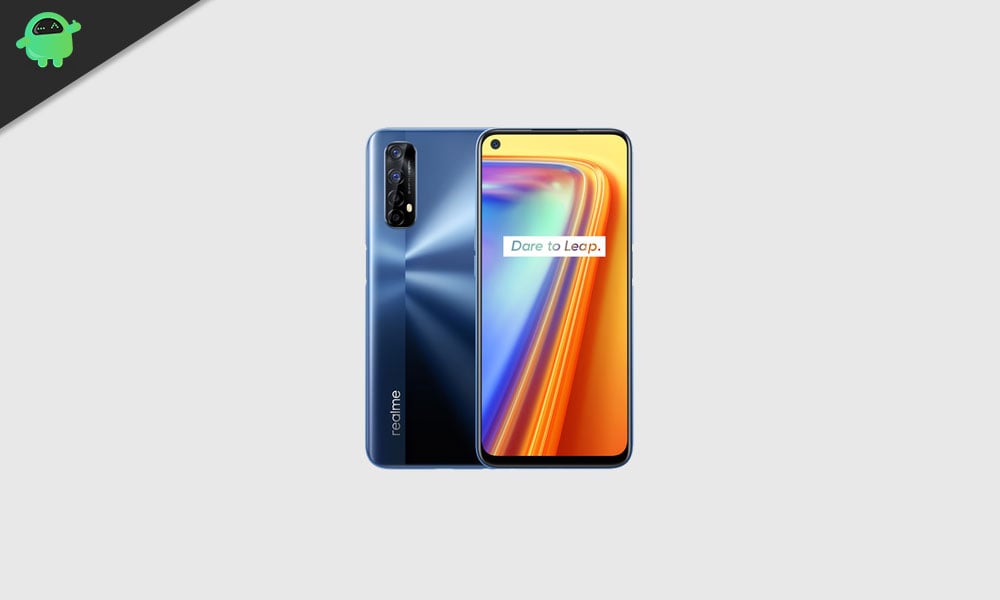 Realme 7 features a good FHD+ display with a powerful mid-range chipset and is very well built. The display seems to be the best part about the Realme 7 with slim side and bottom bezels and a tiny hole-punch cutout for the front-facing camera.

The Realme 7 comes packed in with the MediaTek Helio G95 processor which is a very good octa-core chipset that can perform all the day-to-day operations such as scrolling and switching between apps and even playing graphic-heavy games like COD Mobile. To the front of the Realme 7 is a big 6.50-inch IPS display with a resolution of 1080×1800 pixels that boasts a pixel density of 405 pixels per inch (ppi). It has a tall 20:9 aspect ratio which is great for social media apps such as Instagram and Snapchat. The Realme 7 comes paired with 8GB of RAM which is absolutely killer in terms of keeping most apps in memory.

When it comes to the cameras, the Realme 7 sports a quad-camera setup with a configuration of 64+8+2+2 MP which is decent for its price point. It also has a single 16 MP camera in a hole-punch setup to the front which keeps the display experience uninterrupted. Realme 7 has a massive 5000 mAh battery inside which supports fast 30W Dart Charging that charges the phone up in no time. The phone comes with a base storage of 128GB but you can expand it using the micro SD card slot. You also get dual-SIM support with 4G in both the slots enabled.

Whenever a new official stock firmware update will be available for the Realme 7 model, we will keep updating the update tracker list here with the changelog and download links.

How to Check Software Update on Realme 7

Now, let’s assume that you’ve successfully upgraded your Realme 7 device to the latest software version. Facing any issue with the software update guide? Comment below.