In this competitive world, Realme successfully manages to get a place for itself to survive in the smartphone market. Realme is one of the most successful ventures that expand its relics with a wide variety of products. Yes, currently, Realme launched almost every electronic product except an electronic car like Tesla.

Recently, two brand new smartphones are launched by Realme, i.e., Realme GT master and GT Master Explorer. And we know that both the devices come with Android 11 Realme UI 2.0. So, now as we are already familiar with the fact that Google’s Android 12 will launch anywhere soon in October. Therefore, users are now worried that when they get the Android 12 Realme 3.0 update on their new Realme GT Master and GT Master Explorer. And guess what? On this page, you’ll get your answer. So, make sure to read it till the end. 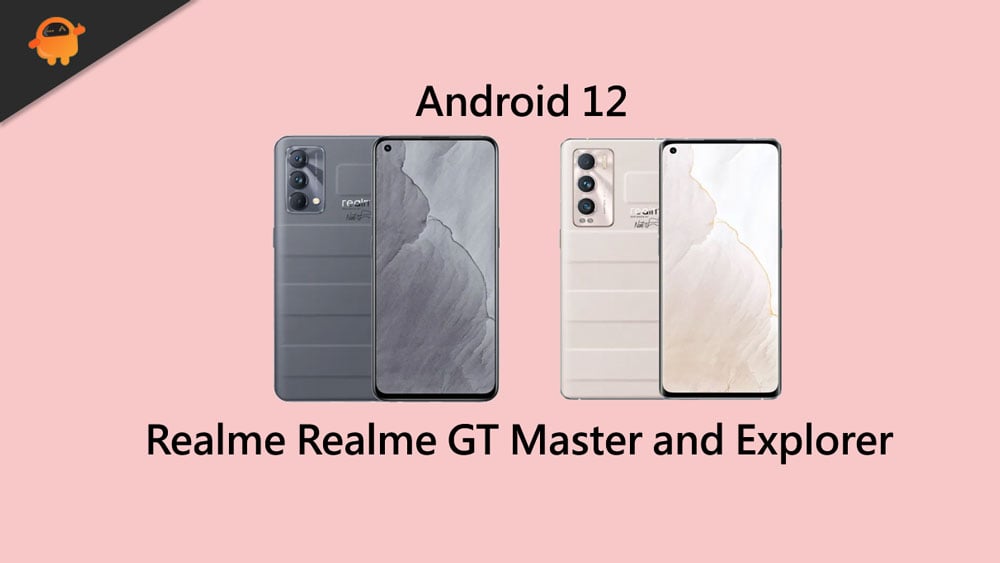 When Will Realme GT Master and GT Master Explorer Get Android 12 Update?

Unfortunately, the date is not clear right now, but as per the report, these devices will soon start getting the Android 12 Realme 3.0 beta update. So, it’s great news, and now there is no doubt that whether both the devices are getting the upcoming update or not. But, yeah! There might be some delay into rolls out the update from the company. So, don’t worry about that; just be calm and have patience.

Meanwhile, let’s check out the specification of these two devices to ensure that the devices are eligible for the upcoming update.

Firstly, if we talk about the display, then both the devices come with a Super AMOLED, 120Hz, with HDR 10 support. These devices launched recently with Android 11, Realme UI 2.0 out of the box, but speculations are spreading like a fire that soon both the devices will get the new beta update.

So, these were some of the features of the Realme GT series, and as you can see, these devices are a beast in terms of performance. Also, after examining the specification, it is clear that both devices are eligible for the update.

You can bookmark this page because soon, we are going to add an Android 12 tracker for these two devices. Hence, bookmarking this page will help you check the update’s status without searching it on Google every time.

Realme launches two new devices running on Android 11 Realme 2.0 out of the box, and just after that, reports are coming out that these devices will get the new update in a few weeks.