Amidst the ongoing tension between India and China, the former resorted to imposing a ban on 59 Chinese apps. The ban not only affected Chinese apps but several Chinese smartphone makers have left in peril and they have nothing but to cave in.

There has been backlash that Chinese smartphone makers haven’t eliminated some or all of the banned apps from their devices. For this, Realme has finally caved in and it has posted a statement that should get its situation in the country right. 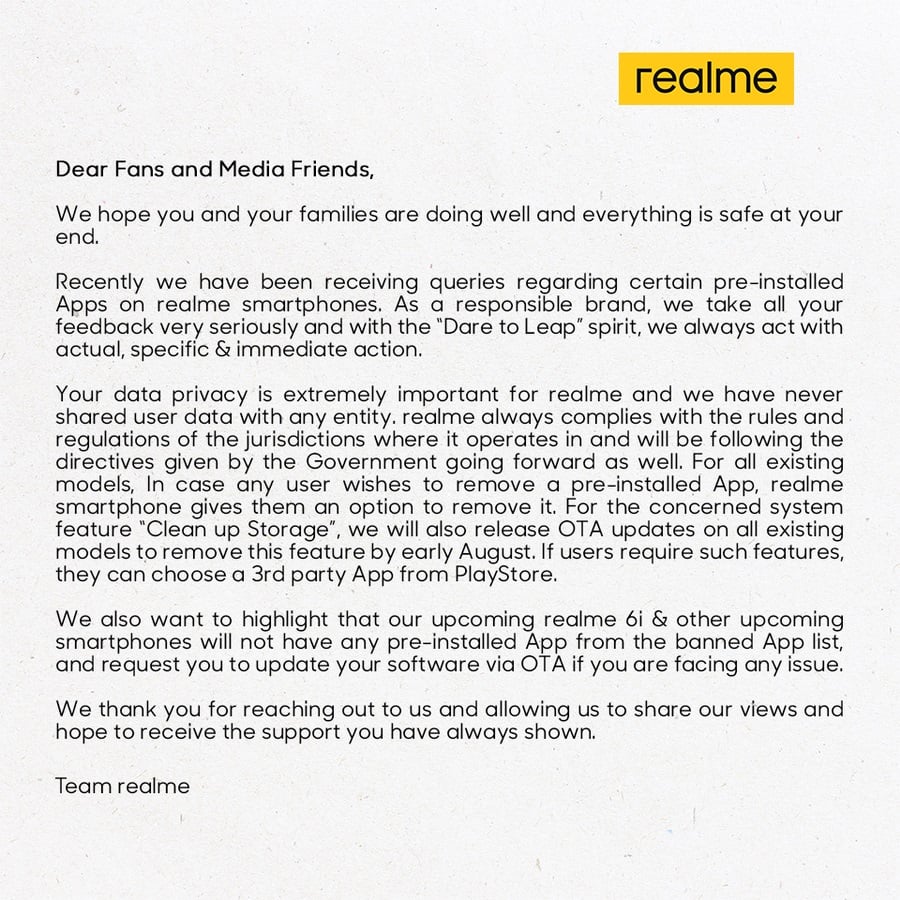 According to a statement by Realme India, it won’t ship Chinese apps from the banned app list in its future phones starting Realme 6i. This means that no phones from 6i will have any apps from the list and Realme will push an update by early August that should remove such banned apps from existing Realme devices as well. This also applies to the “Clean Up Storage” feature that comes preloaded with Realme phones and yes, it will be removed too in the upcoming updates. The company has maintained that users can install any third-party apps from the Google Play Store as an alternative to the banned Chinese apps.

This will promise a lighter Realme UI with no or less pre-installed apps which is a boon for Realme users. It’s not just Realme but Xiaomi’s sub-brand Poco is working on a new MIUI ROM for Poco M2 Pro that will get rid of all the banned apps from the list to abide by the terms and conditions imposed by the Government of India.

As promised, Realme has released an OTA update to all Realme devices that eliminates the ‘Clean Up Storage’ feature that was powered by Clean Master which is now banned in India. The update has been confirmed by a few users hinting at its rollout. Note that it could still take a few days to intercept on your device. 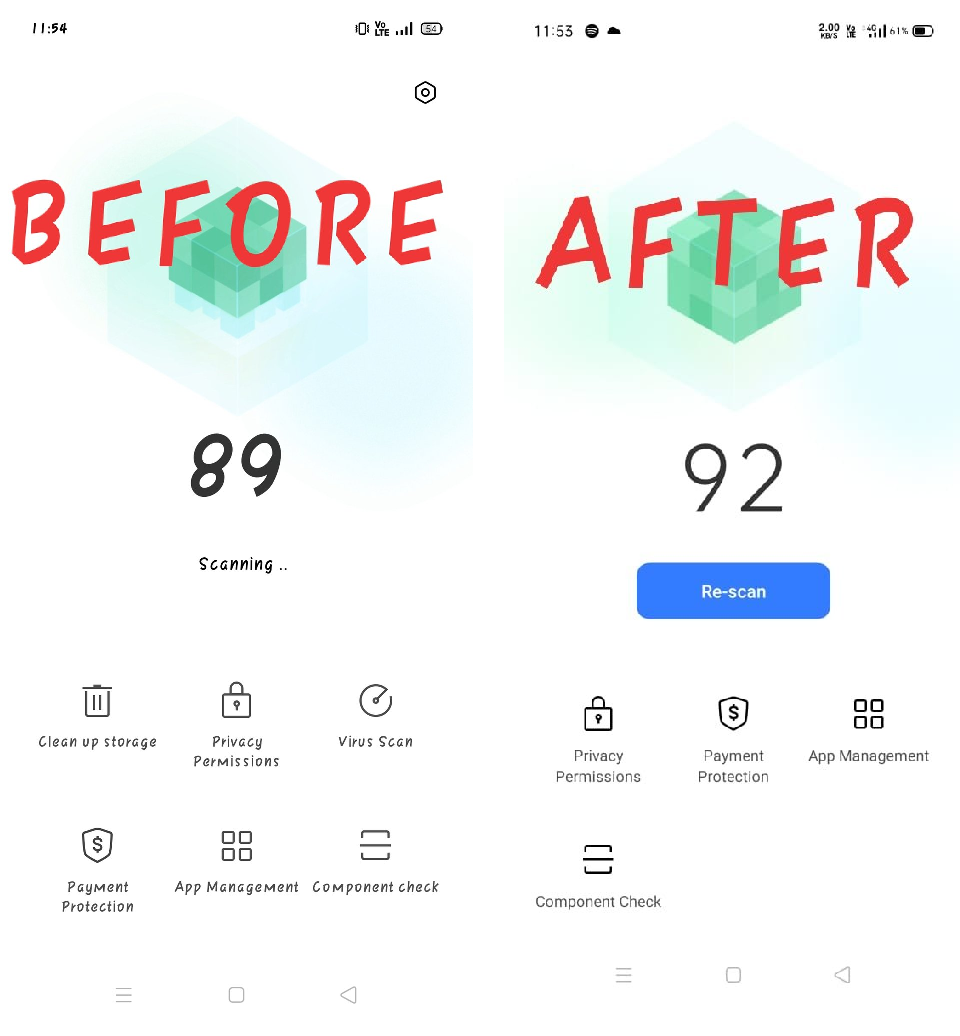