In 2016, Samsung released Galaxy Note 7 which was one of best smartphone of the year– until it began to catch fire. later, it was recalled and then discontinued. Now Samsung has released the next generation Note called Galaxy Note8, which gorgeous slab of curved metal and glass. It looks similar to Galaxy Note 8 design with more straight-edged and classy look.  Well, If you have bought this phone, then you must know how to restart your phone into safe mode on Galaxy Note 8. Today we will guide you on How to Reboot your Samsung Galaxy Note 8 in Safe mode.

There might be a chance that your phone will get into problems even though if it is an out of the box product. It might be due to Corrupt files, hardware or software issues. In such cases, you can boot into the safe mood to see if the problem still persist. In safe mode, your Galaxy Note 8 will turn on by disabling all the third-party apps and thereby you can easily uninstall apps that may be causing a conflict or software problem on Galaxy Note 8. 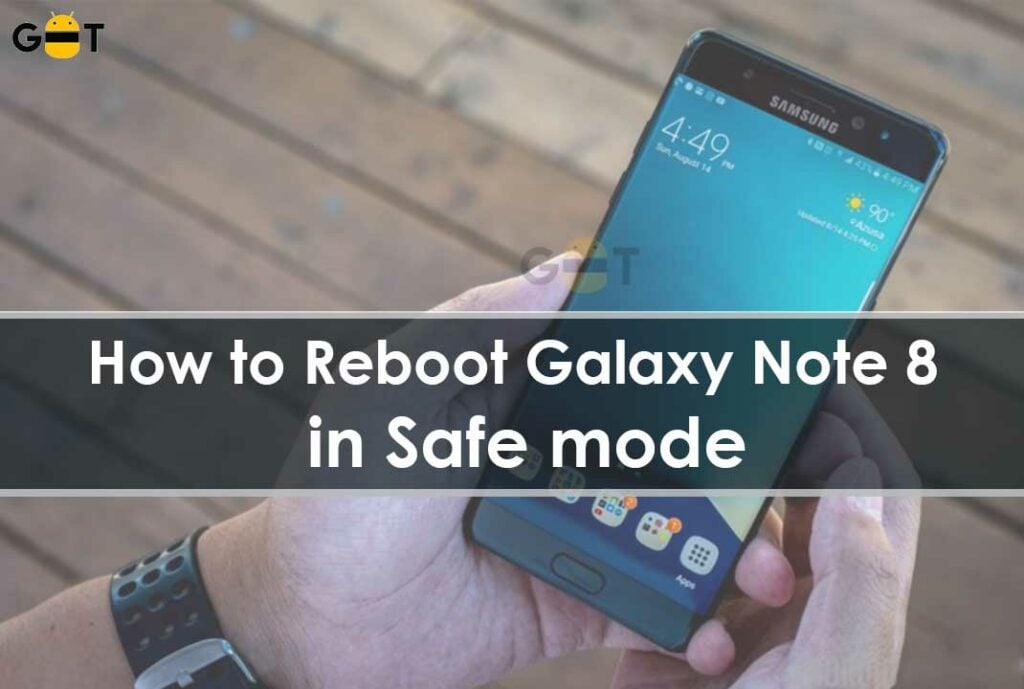 Steps to Restart your Samsung Galaxy Note 8 in Safe mode

Turn on and use safe mode

Safe mode allows you to turn on the device with third-party apps disabled. Then you can easily uninstall apps that may be causing a conflict or software problem.

I hope this helped you to reboot your Samsung Galaxy Note 8 in Safe mode. Well, Comment or send us an email for any kinda queries or doubts.