In this post, we’ll tell you how to record WhatsApp calls on Android and iPhone. With 5 Billion installs & 1 Billion daily active users, WhatsApp is possibly the biggest Instant Messaging (IM) app ever. One of the best features that it offers is the option of voice calling.

Since WhatsApp voice calling works over the Internet, it is very reliable when compared with the normal calls that may face drops, voice clarity or other issues from time to time. As working professionals, recording calls is something that most of us do – mostly to keep a record of calls that might prove useful in the future.

Now, recording normal calls is pretty straightforward – you can either use the built-in method that some manufacturers provide or you can go for one of the many third-party call recorders. But, the same is not the case with WhatsApp calls as the company doesn’t provide any official option & almost all the third-party apps are tacky at best.

Now, we are not saying that there’s no way to record WhatsApp calls. It’s just that, the process for both Android and iPhone varies greatly, requires a lot of work, and might not even work in the end. So, are you still up for it? Let’s get started then.

How To Record WhatsApp Calls On Android?

Honestly, there are not many ways you can record WhatsApp calls on Android. One method that we found working without any issues is using a third-party call recording service called Call Recorder – Cube ACR.

The bad news, here, is that the app isn’t supported on all Android devices. In fact, before you begin the process, go through this list of devices that Cube ACR could work on. If your device is not on the list, there’s a very high chance that it might not work for you.

If you have a device that’s listed in the Google spreadsheet, follow these steps. 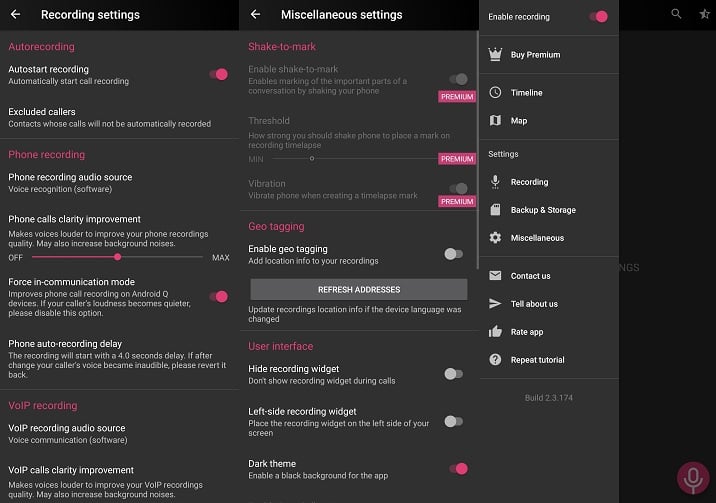 Well, this process is fairly easy but depends on the smartphone model to work effectively.

An alternative for this could be rooting your device & using apps like SCR Screen Recorder from XDA. With this, you can record system audio like calls as well as in-game audio.

It goes without saying that rooting your Android device comes with its advantages and disadvantages. Just be one hundred percent sure before proceeding.

How To Record WhatsApp Calls On iPhone?

iOS is pretty strict when it comes to the privacy of its users; that’s why there’s no official or direct method to record WhatsApp calls on an iPhone. However, there’s a workaround.

The technique I am about to tell you requires work and patience. Moreover, you must have a Mac, an iPhone, and a secondary phone with an active WhatsApp account. The secondary device can be anything as long as it can run WhatsApp.

Note: Make sure that the iPhone is connected to the Mac at all times. Plus, all the contacts should be active in the group call (including the iPhone). If a caller disconnects, the call recording will stop.

As mentioned earlier, recording calls on WhatsApp is tricky and doesn’t guarantee one hundred percent success every time. If you’re convinced that recording a WhatsApp call is important, give the methods a try.