Usually, it happens we hear people saying that their phone memory is all filled up and bloatware is responsible for it. So, they plan to uninstall the bloatware. So, bloatware is basically pre-installed applications that come out of the box. You may not use them but they stay and keep occupying a large amount of space on your device. Latest Honor Play from Huawei has also a similar problem. It is filled with some bloatware which is bothering the users. Huawei no longer allows the bootloaders of its devices to be unlocked. So, we have to rule out the root access methods to remove bloatware from its phones. However, without having root access, we can also remove bloatware on Huawei devices. In this post, we will tell you how to remove bloatware on Honor Play.

Honor Play is a gaming smartphone released in July 2018. The phone flaunts a 6.3-inches touchscreen display with a resolution of 1080 pixels by 2340 pixels. This phone runs on Hisilicon Kirin 970 chipset. It comes with options for 4 and  6 GB of RAM. The device packs base storage of 32 and 64 GB which is expandable up to 256 GB using SD card. In the camera section, this phone brings a 16 +2 megapixel primary camera on the rear end. On the front face, it packs 16 MP selfie shooter. This device runs Android 8.1 Oreo out-of-the-box with native EMUI 8.2. 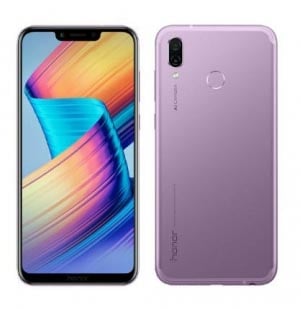 How to Remove Bloatware on Honor Play

Though it’s necessary to remove bloatware from Honor Play, you have to be careful that you don’t remove system related applications. That will affect the device in a very bad way. Basically, in this guide, we will use ADB commands to uninstall those App packages that we don’t use and which contribute to bloatware.

Step-2 Open ADB terminal. To do it, hold Shift + right click inside the folder where you installed ADB.  Select Open command window here.

Step-4 ADB will display your device’s serial number. In case no devices are detected, you have to troubleshoot your USB cable or USB drivers.

Step-5 Otherwise if the previous command of step-3 returned your device’s serial number, give the following command to list all those application packages that come under the main Huawei directory.

Step-6  You can now uninstall packages using the following command.

So, that’s it, guys. We hope this guide was helpful in removing the applications from your Honor Play which lead to bloatware issue. If you have any queries do let us know in the comments section.