Getting a warning message upon reboot when the bootloader is unlocked appears to be an issue common to many smartphones from Motorola. We’ve had this same issue on the Motorola Moto G5S and Moto G5S Plus, and we’ve published a guide on how to fix that. If you’re using a Moto Z2 Force and get this same error, this article is for you. We’re going to replace the warning message with Motorola stock splash screens, and you can choose between black and white versions.

Here is everything you need to know before you start the process of removing the unwanted warning message on your Moto Z2 Force. This includes file downloads you need to make, things you need to set up on your phone and PC, and guides you should refer to if you’re new to this. 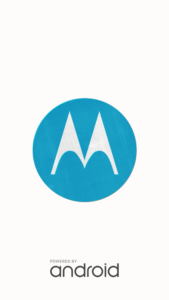 And voila! you’re done removing the warning message that appears on reboot when you unlock the bootloader of your Moto Z2 Force.