Samsung Galaxy A22 budget-friendly smartphones were launched in the European market which brings a 6.4-inch HD+ Super AMOLED display, MediaTek Helio G80 processor coupled with up to 6GB of RAM and 128GB of storage.

In this tutorial, we will guide you on how to fix the not charging or fast charging problem on the Samsung Galaxy A22. Smartphones have become an indispensable part of our lives, and there’s no doubt that without a phone, you will end up bored most of the time.

However, what’s worse is that you have a Samsung A22 (or any other phone), but it isn’t charging, or the fast charging feature isn’t working properly. Turns out you will end up wanting to fix the Samsung Galaxy A22 not charging or fast charging issue. In this tutorial, we will try fixing the not charging issue using the various troubleshooting methods available out there. 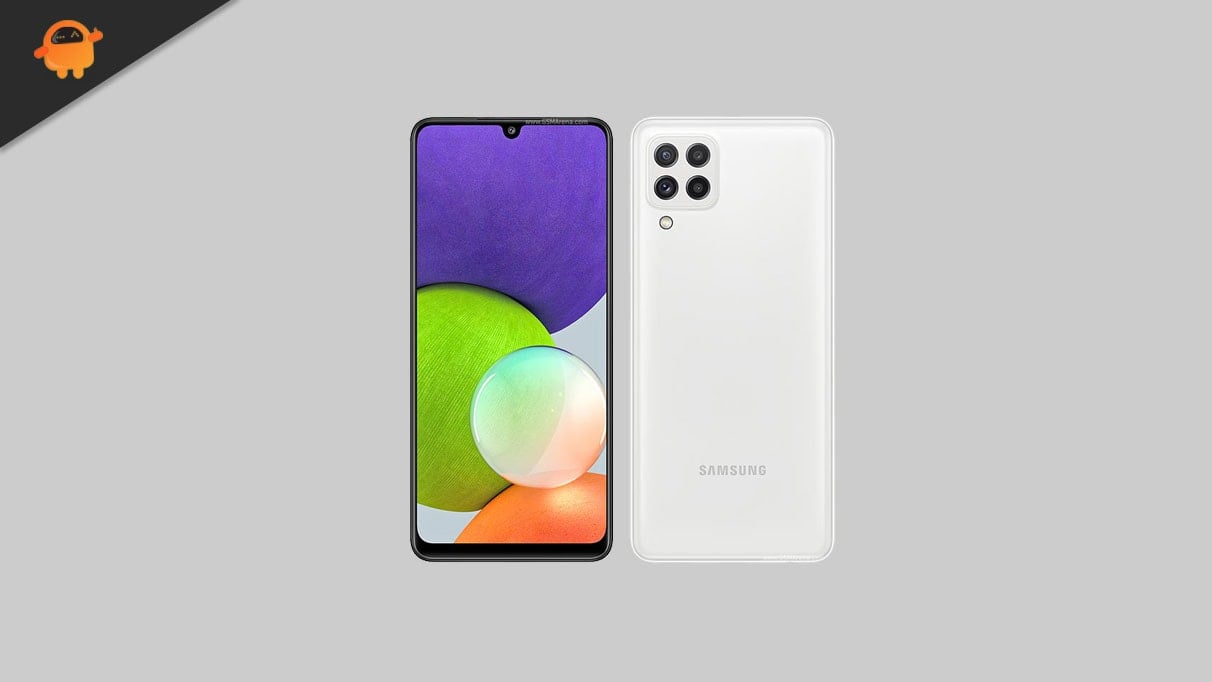 The Android 11 with One UI 3.1 on your Samsung A22 is what handles everything you do and interacts with your smartphone. Turns out, just like how apps can introduce bugs and glitches, the bugs and glitches can occur at the OS level and hamper the phone’s functioning at some juncture. For this instance, I am talking about the Samsung A22 not charging or the fast charging issue.

A troubleshooting method to fix the said problem is to upgrade the firmware to the latest available version. Outdated software can introduce many problems, which is why upgrading the firmware saves the day. Here’s how it works.

This is the last point wherein a software-related issue causing Samsung A22 to stop charging itself is a problem. Here’s how you wipe everything off the device to fix any impending issue. Note that taking a backup of all the data that you want to secure as pulling off a restore factory will wipe off all data. It is irreversible unless you know how to use data recovery tools. Read along.

Hardware-related Samsung A22 Not Charging or Slow Charging Issue

These are the various hardware-related issues that could trigger Samsung A22 not charging or fast charging issues.

Debris inside the charging port such as dust, lint, or any other foreign particles can cause the Samsung A22 to charge slowly or not charge at all. You’ll need to clean the charging port as the issue will only escalate if not taken care of. However, you should be careful when cleaning the charging port. Here’s how to do it.

If there are no cuts (although the stress part remains unchanged), detach the old cable and use a new cable or if you have one in spare. Check if the Samsung A22 charges with a different cable with everything else from the power source, the charging brick, and the phone’s charging port remains the same. Check back in 2-3 minutes if the phone starts charging and if it does so with the same speed it would charge originally. If that’s what’s happening, the old USB cable you were using was at fault.

The battery on the device has a specific lifecycle and as and when it progresses, the efficiency decreases. With hundreds of life cycles over 02 years of usage can curtail the battery to just 75-80 percent. Since you are facing Samsung A22 not charging or fast charging issue, it is likely that either the battery is completely dead or it has lost its efficiency and is en-route to die in some time.

At the end of the day, you can’t use Samsung A22 without charging the battery properly. No matter if it is a software or hardware-related issue, it must come to an end as there’s no compromise here which is something you can do with the headphone jack, camera, Bluetooth, WiFi, or other features. You will need to get the problem fixed and that is where technicians come into play.

Head out to an authorized service center or get the software or hardware-related issue charging the Samsung A22 not charging or fast charging issue in the first place. You even have an option to visit a local service center for a speedier and inexpensive repair or replacement of the affected software or hardware component that triggered the issue in the first place. Note that you will lose any warranty on the device by getting the Samsung A22 repaired at a local service center which isn’t the case with an authorized one so it is your call.

At the end of the day, you will have to make arrangements to charge the battery and use the Samsung A22 because without a working battery, you are just holding a slab of plastic, aluminum, and glass and that’s all. Do let us know which troubleshooting method works best for you.