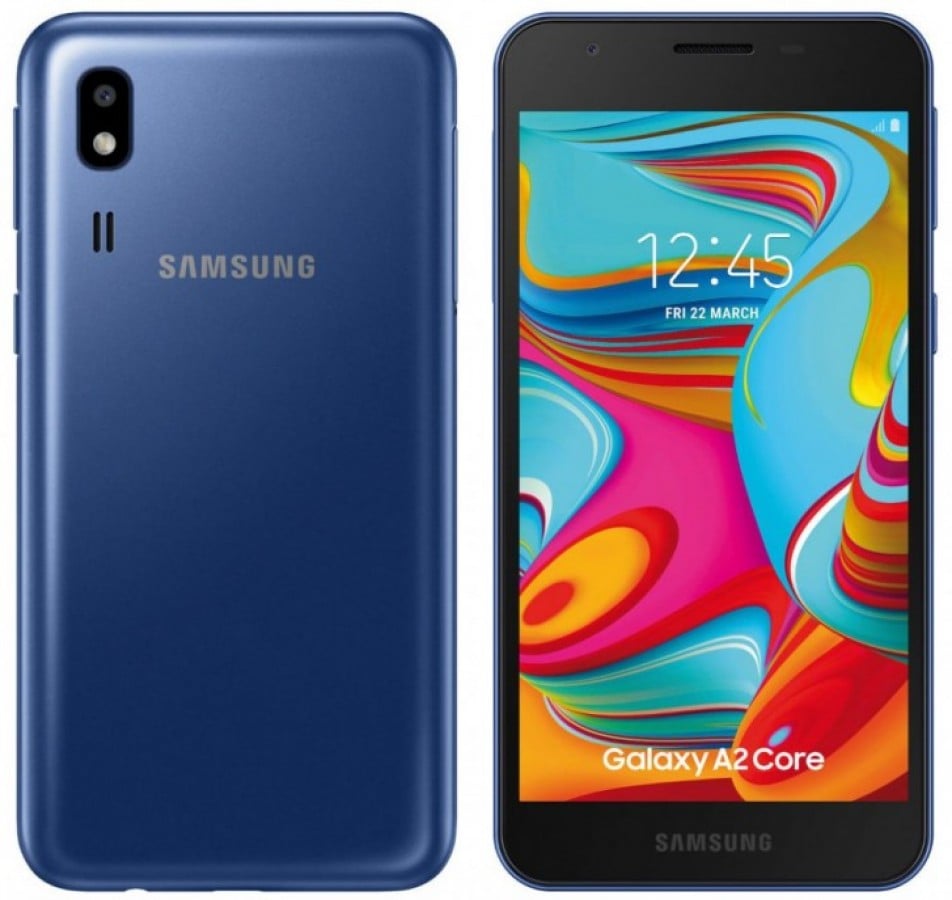 Samsung Galaxy A2 Core featured with 5-inch PLS TFT LCD display panel that supports 540 x 960 pixels of resolutions and offers 16:9 aspect ratio. The body dimensions of the phone are 141.7 x 71.0 x 9.1 mm and it weighs 142 grams. It’s an Android Go Edition smartphone that runs on Android 8.1 Oreo operating system out of the box.

The Samsung Galaxy A2 Core powered by the company’s own Exynos 7870 SoC on board along with 1 Gb of RAM. There is no detail about the internal storage capacity but expected to have 8 GB internal storage like other Android Go smartphones. It has dedicated micro SD card slot on board. The phone has a 5-megapixel camera with an f/1.9 aperture on the back side along with LED flash. 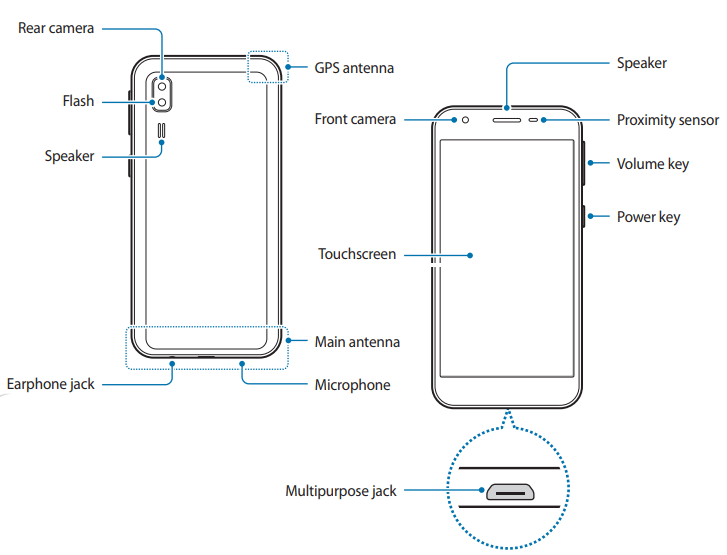 In terms of connectivity, 4G VoL, Wi-Fi 802.11 b/g/n, Bluetooth 4.2, micro USB 2.0 and 3.5mm audio jack (with FM radio support). It packed with 2,600 mAh capacity battery inside the body. According to the previously leaked render, the phone will available in two color options, Blue and Black.

The South Korean smartphone company is yet to confirm the announcement date of the Samsung Galaxy A2 Core Android Go smartphone. Samsung is holding a launch event on April 1o for its Galaxy A series.