New Update on March 17, 2020: After rolling the Android 10 update in Hong Kong and China, Samsung started rolling Android 10 updates to the Galaxy A8s in Taiwan. The update is labeled build number to G887FXXU3CTC10 and brings One UI 2.0 stable and March 2020 Security Patch to the device.

Google brought in the Android 10 operating system back in September 2019. Since then a lot of OEMs have pushed the stable update for their device till now. But here is the Korean smartphone giant Samsung that is still pushing out the Android 10 updates for its stable devices. In fact, it is one of the most important tasks at hand for Samsung to quickly upgrade its device with the Android 10 based OneUI 2.0 update. Today we have another new device, Samsung Galaxy A8S which is now receiving an Android 10 update. Well, in this guide, we will share all versions of Samsung Galaxy A8S Android 10 based on their region. 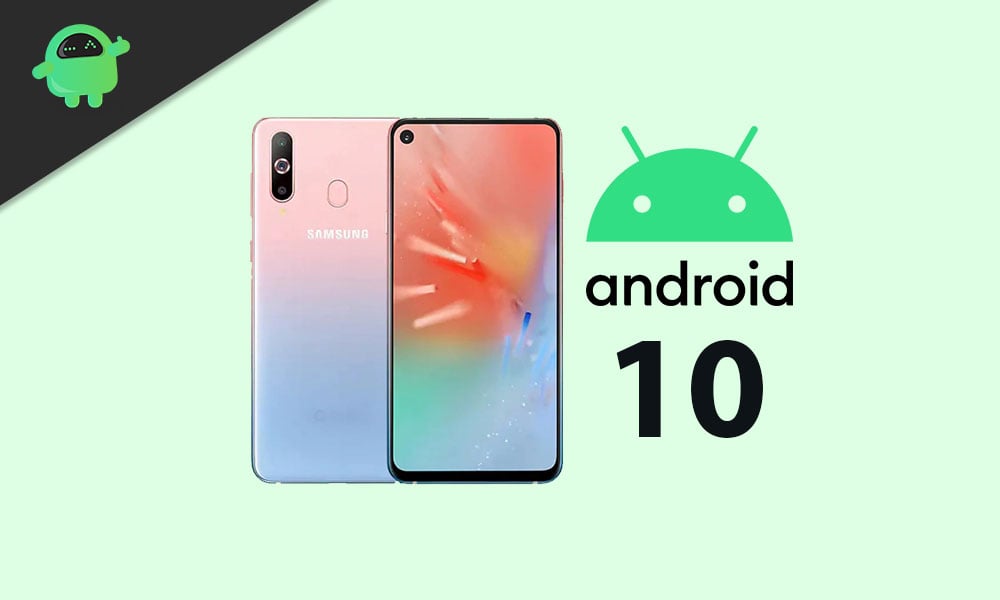 The Samsung Galaxy A8s mobile features a 6.4″ (16.26 cm) AMOLED display with a screen resolution of 1080 x 2340 pixels that comes with a Full HD+ display quality which can render an amazing viewing experience with the sharp pixel density of 403 PPI. The bezel-less display has a small camera sensor popping on top. and runs on the Android v8.1 (Oreo) operating system. It has the Li-ion battery that comes with a capacity of 3,400mAh, which is sufficient to power the device in the long run.

The device is powered by Octa-core (2.2 GHz, Dual-core, Kryo 360 + 1.7 GHz, Hexa Core, Kryo 360) processor paired with 6 GB of RAM and are seated upon the Qualcomm Snapdragon 710 chipset which can together render a seamless performance. The phone packs 128GB of internal storage that can be expanded Up to 512 GB. As far as the cameras are concerned, the Samsung Galaxy A8s packs a 24-megapixel (f/1.7) primary camera that will impress the selfie lovers with the flattering pictures which would be worth sharing and a 10-megapixel (f/2.4) secondary camera on the rear and a 24-megapixel front shooter for selfies.

The Samsung Galaxy A8s is a Dual-SIM (GSM and GSM) smartphone that accepts Nano-SIM and Nano-SIM. Connectivity options include Wi-Fi, GPS, Bluetooth, NFC, USB Type-C, Active 4G on both SIM cards, 3G and 4G (with support for Band 40 used by some LTE networks in India). Sensors on the phone include Face unlock, Fingerprint sensor, Compass/ Magnetometer, Accelerometer, Ambient light sensor, and Gyroscope. For graphical performance that can make games run smoothly, this phone has got an Adreno 616 GPU that will handle the graphics and multitasking respectively. The design is one of the most important factors when it comes to mobiles. This phone is 7.4 mm slim and weighs 173 grams.

Steps to Install Samsung Galaxy A8S Android 10 with One UI 2.0

Make sure to download the pre-required files and drivers on your PC. Follow the step by step guide to successfully flash the Galaxy A8S Android 10 with One UI 2.0.

Below are both the methods via which you can install the One UI 2.0 based on Android 10 update on your Galaxy A8S.