In 2020, knowing that your phone is waterproof or not makes your mind at ease about getting into certain circumstances. Such as what will happen if your phone will be submerged in water or if you drained yourself in the rain. The same question arises when you are looking to buy the new Samsung Galaxy F41 smartphone. So is the new Samsung galaxy F41 waterproof device? We will find out in our waterproof test.

Samsung Galaxy F41, known for its crazy traits like affordability, durability, huge battery life, above-average camera, and so on. It is not recommended for underwater usage. After all, Samsung does not have mentioned anything regarding the IP rating (waterproof test) of this phone.

Suppose you wish to buy this mid-range killer but are in apprehension about the features and also craving to know the real IP rating test results of Galaxy F41. 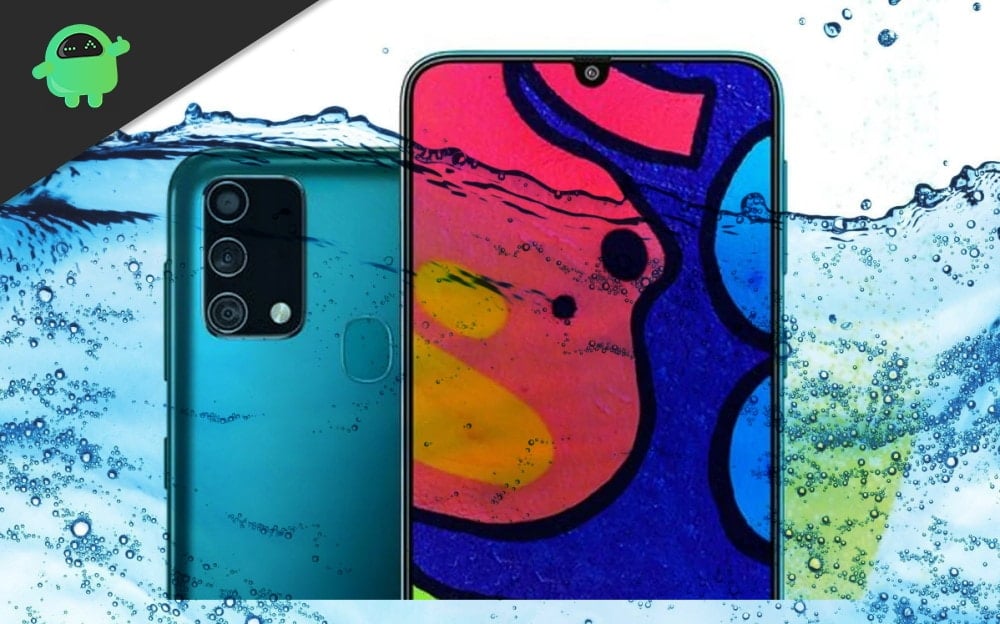 The simplistic statement is No. To demonstrate this further, The Galaxy F41 device will require either an IP 67 or 68 rating to get water resistance certification, but including this certification in a device makes the costly, hence to make the galaxy F41 affordable like the rest of the devices in its class, it does not have a waterproof feature.

If you’re particular about this speciality, then you need to look for the more expensive premium devices that Samsung offers, like the Galaxy S series or Note series.

Samsung launched the F41 at just Rs.19,999 with great specs, but you can, but it from Flip kart at just Rs.16,499. It has a big 6.4 inches full HD+ SuperAmoled panel; Samsung called it an Infinity-U display, which has a resolution of 1080×2340 pixels. The Aspect ratio is 19.5:9 and 83.92% screen-to-body ratio with 403 PPI density, which means everything you watched on a smartphone. Available in three colours Fusion Green, Fusion Blue, and Fusion Black.

Powered by the powerful mid-range Exynos 9611 processor, which is based on 8 nm technology. Talking about memory, it comes in 2, variant one is 6GB RAM/64 GB, which ensures a seamless and fast performance, and its 6 GB/128 GB of internal memory ensures that your file is in place for easy access.

In-camera department, Samsung always worked well. It has a multi-function triple rear camera setup having a 64MP main camera for detail and clarity, an 8MP ultra-wide camera that you can utilize to fit everything in one frame because it supports 123° field of view, a 5MP depth-sensing camera to capture stunning bokeh shots with LED flash. The rear camera supports HDR, Panorama also features Single take, and record video in 4k@30fps. And a 32MP, f/2.0, 26 nm (wide), 1/3.1″, 0.8 µm camera placed at the centre.

Galaxy F41 supports a dual SIM(Nano-SIM, dual stand-by) technology. A 6000 mAh non-removable lithium-ion battery is used, this will hook you to your favourite entertainment for hours, and in case it drained up then, you can charge from 0 to 100 % within 160 minutes with the 15W Fast Charger presented inside the box.  This device comes out of the box with One UI 2.1 based on Android 10.

Samsung Galaxy F41 is not waterproof because it didn’t have any IP rating. So, we decided to do a waterproof test for this device and did it three times before giving any statement. For that, we dipped the smartphone into the water. After that what results, you can easily distinguish from the three records given below:

After conducting 30 second waterproof and splash-proof test on Samsung Galaxy F41, it seems that this device is splash-proof to some extent, but it is not a waterproof device for sure. The device’s screen and camera survived up to 15 seconds underwater, which indicates that there is no proper waterproofing done in Galaxy F41.

Before signing off, I want to tell you that, for a month, I have been using Samsung F41, and for sure, you have gone for it if IP rating is not that important for you, but at this price range, it is difficult to get IP certified smartphone. So as a result, the Samsung Galaxy F41 is not a waterproof device. Feel free to express your view in the comment section.