The South Korean tech giant Samsung has released its much-awaited Galaxy Note20 and Note20 Ultra as real premium smartphones with a premium range of price tag for sure. This year both the Galaxy S20 and Note20 lineup devices come with a couple of aesthetic changes with much-improved camera specifications, and more. Samsung’s flagship devices always come with the latest software version and so the Galaxy Note20 series runs on Android 10 (One UI 2.5) out-of-the-box. Now, if you’re a Galaxy Note 20 device user or planning to get it and looking for the Android 11 (One UI 3.0) update, check out the tracker here. 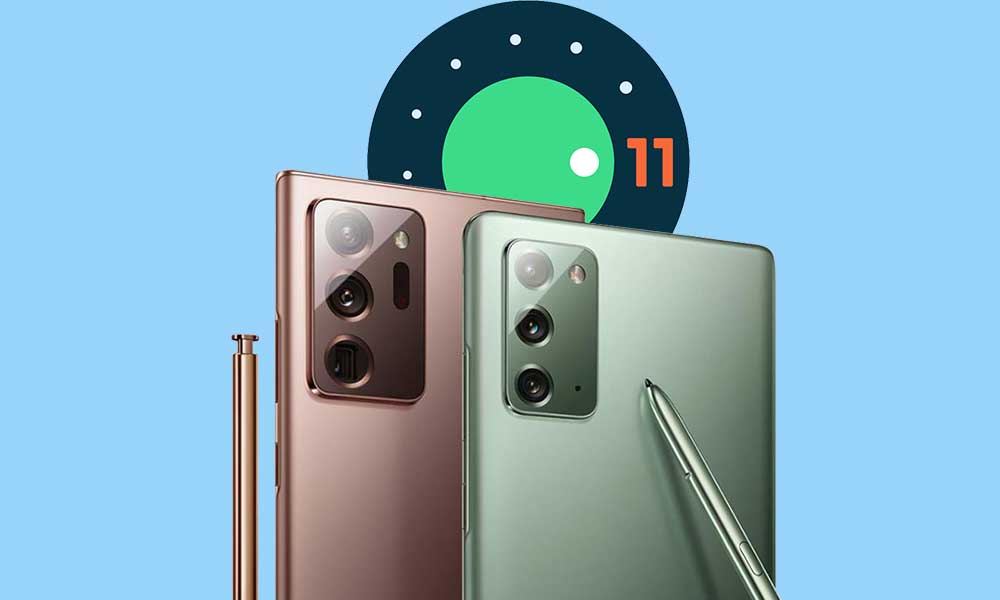 Android 11 is the eleventh iteration of Google’s own OS (Operating System). It was released on September 8, 2020, and rolled out to their Pixel phones on day one. Later, OnePlus, Xiaomi, Oppo, and Realme rolled the beta update for their flagship device on the same day.  Now, let’s take a quick look at the features below.

One UI 3.0 and Its Expected Features

The expected One UI 3.0 beta update recruitment may start in August to September 2020 and will be rolled out to the eligible devices in batches. It’s needless to say the One UI 3.0 will be inspired and based on all the native Android 11 features and other goodies. Here we’ve shared some of the expected features below.

New Update on December 12, 2020: AT&T started rolling the stable One UI 3.0 for the Galaxy Note 20 in the USA with software version N981USQU1CTL2. The update is currently available for the AT&T Carrier, and may soon roll out to other carriers including AT&T, Sprint, AT&T, as well as for the unlocked model numbers – N981U1 and N986U1.

New Update on December 07, 2020: Today Samsung rolled the One UI 3.0 Beta 3 for the Galaxy Note 20 series with firmware version N98xxXXU1ZTK7. The update is currently rolling in Germany and India and will soon be rolled to other markets.

New Update on November 4, 2020: After rolling the One UI 3.0 for the Galaxy S20 series, Today Samsung rolled the second beta update for the Galaxy Note 20 and Note 20 Ultra in India and will be soon rolled to other markets where the beta program was launched. With this beta update, Samsung included the November 2020 security patch and other major bug fixes found in the initial beta.

For Samsung Galaxy Note 20, the update is live with software version N980FXXU1ZTJQ.

Story Updated on August 7, 2020: It’s worth mentioning that Samsung has recently officially announced the Android 11 early beta update program on top of One UI 3.0 for its eligible devices yet, most probably it starts with the Galaxy S20 lineup. It may take a month or so to announce the beta registration info for more & more devices until Google released Android 11 officially.

Samsung has also announced at the time of releasing the Galaxy Note 20 series that the company will start pushing three years of continuous OS updates to its eligible devices from Galaxy S10 & above. Not only the latest Android OS update for three years but also the latest security patch will also be provided for rich user experience.