After releasing and testing the beta version, Samsung has already started pushing out the latest One UI 2.0 stable update to its eligible devices and the Samsung Galaxy S10 Plus is one of them. Now, you can follow this full guide on how to download and install Samsung Galaxy S10 Plus Android 10 easily. Additionally, we’ve provided the requirements, download links for your ease. If in case, you haven’t received the One UI 2.0 stable update yet on your Galaxy S10 Plus, proceed below.

Samsung has become quite overwhelming in terms of providing new software updates and security patch updates. Even in the last couple of months, Samsung has pushed faster security patch updates than Google which feels good especially when you’re Samsung Galaxy user. As the company has already rolled out One UI 2.0 update to its Galaxy S10 and Note 10 series units via batches. However, if you’re not aware of it and want to install the Android 10 manually on your Galaxy S10+, let’s jump into it. 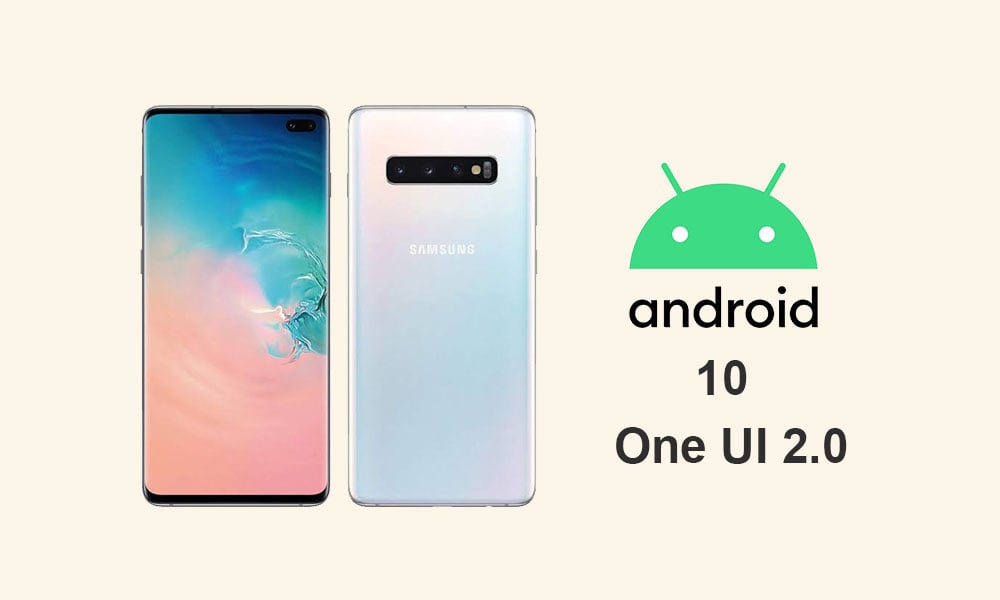 Android 10 is the latest and 10th generation of Android OS which was announced in September 2019 by Google officially. It’s the successor version of the last generation Android 9.0 Pie which is already quite popular and stable. Now, the latest Android 10 offers more features and stability to the device system. Google has improved a lot of things like a redesigned Android logo, official Android 10 branding, and more.

The previous generation TouchWiz and Experience UI were pretty much slow or laggy which has decreased the user experience and system stability a lot. But Samsung has developed One UI which is a full-new user interface that brings improved visuals, stability, smoothness, and more. While the One UI also features a one-handed mode for the larger Galaxy handset usage, improved icons, color schemes, useful shortcuts, etc.

Steps to Install Samsung Galaxy S10 Plus Android 10 with One UI 2.0

Make sure to download the pre-required files and drivers on your PC. Follow the step by step guide to successfully flash the Galaxy S10 Plus Android 10 with One UI 2.0.

Below are both the methods via which you can install the One UI 2.0 based on Android 10 update on your Galaxy S10 Plus.