Android posted updates for Nougat on many devices this year and it has been installed by thousands of users worldwide. Citing the issue that few of our users have reported, their Samsung Galaxy S7 turned off after Nougat update. They even quoted that the phone has gone unresponsive and doesn’t at all. In such a case, there could be a bad update i.e. software issue or more severe hardware issue. Since fixing hardware issues isn’t handy and mustn’t be done before consulting a technician, we are left with a potential software issue that might have caused the software to go unresponsive. 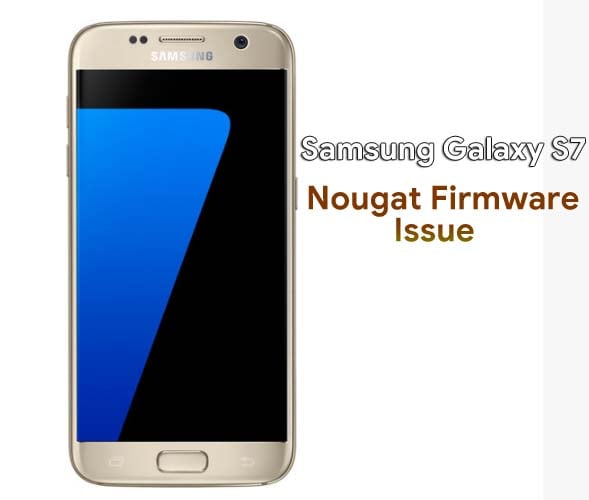 Samsung Galaxy S7 Turned OFF After Nougat Update and Won’t Turn ON?

Several users upgraded to the Nougat update as soon as they received the update. However, to their surprise, the phone got the Nougat firmware but suddenly stopped working. This guide is based on how to fix this issue on Samsung Galaxy S7. But,  it is also applicable to all handsets observing a similar fate after the firmware update. This issue is often caused due to system cache that piles up in the memory, though there are a plethora of other culprits that can fail any software update. We decided to provide an effective yet not-guaranteed method on how to bring back your phone to life after Nougat update in this extract. The methods prescribed below are highly effective and recommended yet assuming the phone hasn’t switched off due to apparent reasons and that it doesn’t have any hardware problem such as damage due to liquid, etc.

To perform a forced reset, press the Power button and Volume Down button for 10 seconds to initiate battery pull and power start. This is one of the effective method used to initiate the battery and start the phone, however, if unsuccessful, you can follow the next step to force the system to reboot. The steps are as followed.

This method has proven its ability to force the battery and restart the phone. This method requires the users to press Volume button first since pressing the power button will initiate boot procedure thus defeating the procedure resulting in failure. If this method fails to force reboot the phone, you can try another method given below.

It is possible that the battery has run out after frequent attempts to reboot the device. Thus, it is ideal to connect the phone to its original charger and plug into the wall outlet. Let the phone charge for 10 to 15 minutes and ensure that the phone doesn’t heat up. Allow the phone charge for few minutes regardless of battery icon appears on the screen or not and then, do the following forced reboot procedure.

Assuming that you have successfully rebooted the device using the above-prescribed method, follow the steps stated below to fix the issue from appearing again.
Step 01: Switch Off the phone.
Step 02: Press Home button, Volume UP button, and Power button together to initiate the recovery mode on the phone.
Step 03: A Samsung logo will appear on the screen that is when you need to release the power button but holding other keys intact until the next step.
Step 04: Now, an Android symbol will appear and that is when you will release other two keys and let the phone slide into the recovery mode.
Step 05: A list of features appear on the screen where you can scroll using Volume Down key and select using the Power button.
Step 06: Scroll down towards the option ‘wipe cache partition’ which is probably the cause of the issue.
Step 07: Now, confirm the feature which will initiate the procedure and then, finally, reboot the device into normal mode.

I hope that these methods are helpful enough to curb the issue ‘Samsung Galaxy S7 turned off after Nougat update’. There are a bunch of other topics available on GetDroidTips to learn more about installations, guides to resolve issues with your Galaxy S7 and other smartphones.