Samsung Galaxy Z Fold 2 5G was first announced on 2020, August 05. The smartphone is both a tablet and a phone on your hand because you can fold and unfold the phone. Moreover, the smartphone comes with the latest 5G technology. Galaxy Z Fold 2 is expected to be launched around 2020, September.

The smartphone is about to be available in two different colors, Mystic Bronze and Mystic Black. Also, the price of the phone is about 2000 EUR.

The specs of the Galaxy Z Fold 2 is great in every aspect. However, the battery capacity is a bit less. More of these details of Samsung Galaxy Z Fold 2 are below. You can read the key features if interested, or you can directly jump to its waterproof test results. 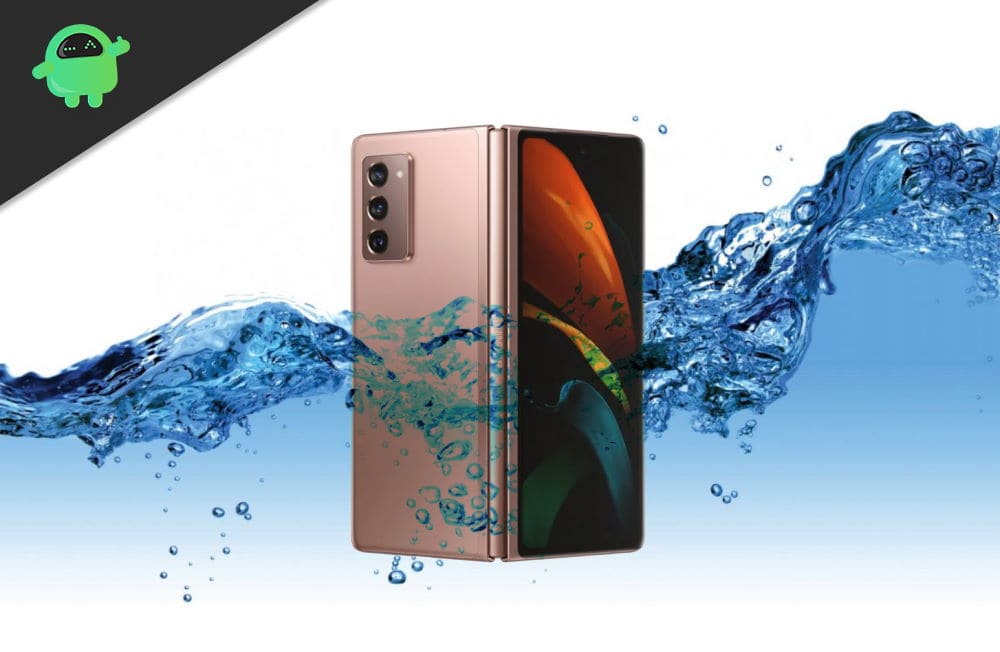 The smartphone supports Nano-SIM and Samsung Pay. Moreover, the display used in Samsung Galaxy Z fold 2 is a Foldable Dynamic AMOLED 2X capacitive touchscreen. It has 1768 x 2208 pixels of resolution and has 120Hz of refresh rate. The estimated size of the display is about 7.6 inches.

The main camera has a triple camera of each 12MP camera with LED flashlight, HDR, and Panorama support. The front camera has a single camera of 10MPn with HDR support. However, there is no support for a 3.5mm headphone jack. The common features are there like WLAN, Bluetooth, GPS, Radio, etc. Moreover, the Fingerprint sensor is located at the side. Also, it has other common sensors like Gyro, compass, etc.

Even more, it has a Samsung Desktop Experience support, Bixby natural language commands, and dictation. The battery is Li-Po 4500mAh, supports Fast charging of 25W, also wireless of 11W.

Unfortunately, Samsung has not mentioned anything about the water resistivity of the Galaxy Z Fold 2. However, Maxweinbach has tweeted a post that would catch your interest. According to him, the Fold 2 is not fully waterproof. It has an anti-erosion waterproof coating on it.

Something Samsung didn't mention about Fold2: it had an anti erosion waterproof coating on the main internal components. Doesn't make it waterproof, but should help it survive a dunk.

It means if you accidentally dunk your phone in the water, it should survive if you pull it out quickly. The coating can protect its inner components for some time, but if the pressure is too high, the water might get in.

For now, you can assume the water resistivity is similar to Galaxy Note 20 Ultra, where the smartphone has an IP68 rating; it can survive around 30 minutes in 1.5 depth of water.

Therefore, you can speculate the waterproof specs of the Samsung Galaxy Z Fold 2 would be in the range of IP64 to IP68, where it can survive for at least 15min to 5min under 1m of water. Also, you could also expect that the waterproof specs will be much lower because the statement is not made by a Samsung officially.