Animal Crossing: New Horizons is definitely a game that I’ve been playing since its release. And this lockdown has brought me closer to the game because it lets me connect with people virtually and do activities which I would usually do outside with friends. One of the best things that the game allows the players to do is collecting bugs. The island has unique kinds of bugs that are found during a specific time and in a particular area. The game has over 80 varieties of insects and all of them sell for a different price. Today, we will talk about a scarab beetle in Animal Crossing: New Horizons. 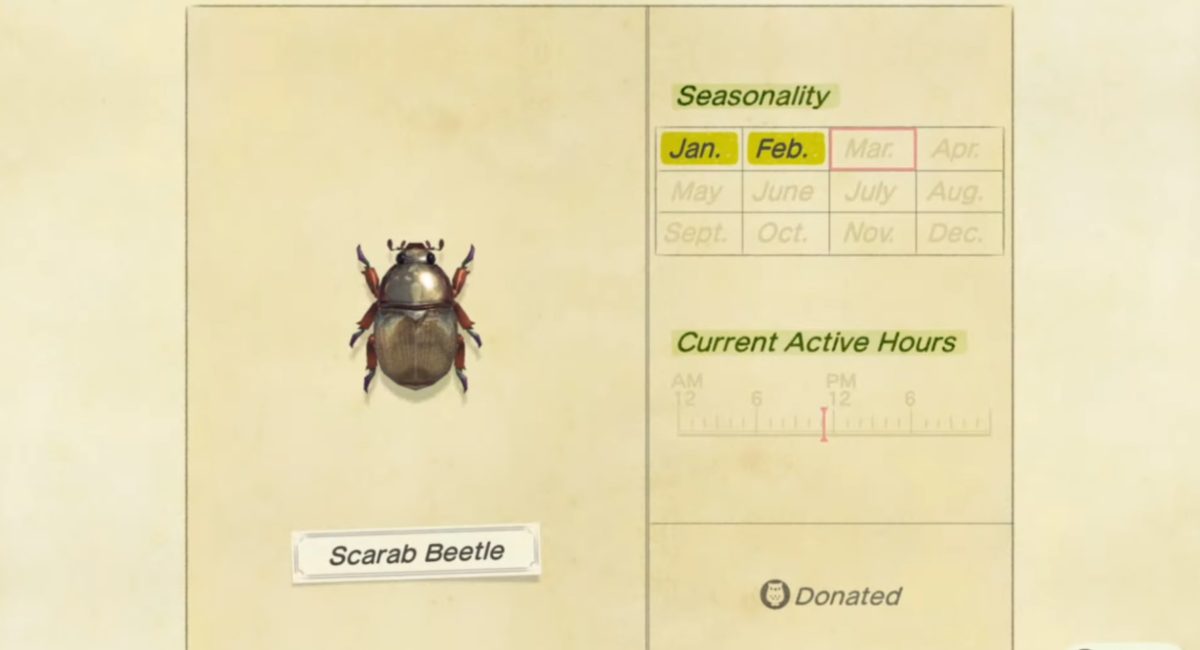 Well, before knowing how to catch a scarab beetle, you must know where it is typically found, the timing, and also the location. You can find a scarab beetle on a tree (coconut including) during 11 pm to 8 am. The perfect months are July and August in the Northern hemisphere and January and February in the Southern hemisphere.

As scarab beetles are rare to find in Animal Crossing: New Horizons, you must be aware of some tricks to catch it. You can use Nook Miles to catch the beetles. Other than this, try to find Stag Beetle Island, which is a rare island. If you find this island, then there are high chances of you catching a scarab beetles.

You can also catch them on your own island. However, you will need to get rid of picking flowers and rocks for this. It will increase the chance of catching a scarab beetle. And yes, you will need to have patience.

You can get 10,000 Bells by selling a scarab beetle, so make sure you to do in the right way.