After the successfully updating most of the Meizu device with the first beta build of Android 7.0 Nougat, Today the company has released Second Beta Flyme OS 6 Nougat Firmware which has released for many Meizu devices. This latest Second Beta Flyme OS 6 Nougat firmware for Meizu devices brings many new features and also fixes bugs found in earlier released version. If you already on earlier beta build then you can either wait for the official OTA to hit your device or you can manually update your meizu phone to second beta of FlymeOS 6. If you don’t want to try the Second Beta Nougat on Meizu device, then you can wait for the stable build to hit your device soon. 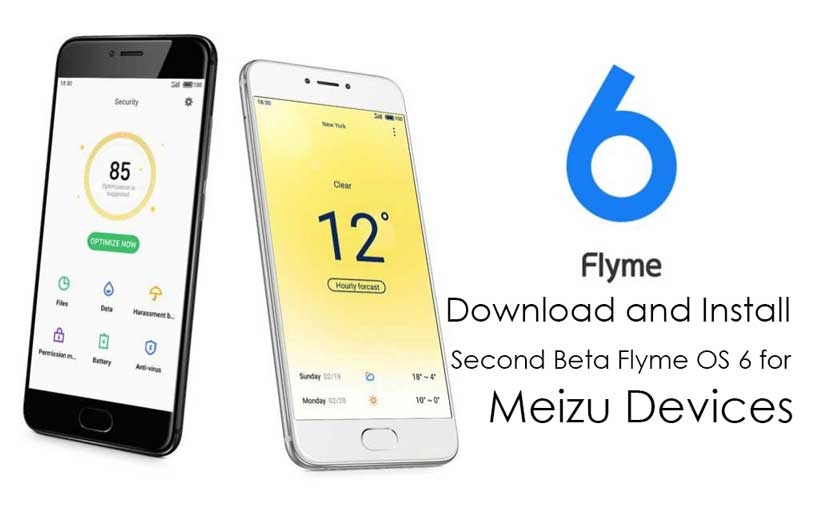 In this guide, you can download the official beta version of Flyme v6.7.4.11G Second beta for Meizu M3 Note, Meizu U20, Meizu M3s, Meizu M2, Meizu M2 Note, Meizu Pro 6 and many other supported devices. If you have any of the Meizu devices from the list below, then you are eligible to Download and enjoy the latest Meizu Android Nougat firmware based Flyme OS 6 firmware. Download and follow the step by step guide on How to manually install the Second Beta Flyme v6.7.4.11G beta on Meizu device.

Make sure to take Full Backup before upgrading your Meizu to Second Beta Nougat based FlymeOS v6.7.4.11G. Sometime update may wipe your SD Card data. Here is the full guide to take backup without root on any Android device. Now Download and Install Second Beta of Flyme 6 OS for Meizu Devices from below.

So before jump into the manual upgradation setup, please make sure you have a good amount juice with at least 80% Charge. If not please charge the phone. Backup your phone in case if you need it later. If you brick the device we are not responsible. Do it at your own risk. Remember this guide is to update to Android 7.0 Nougat Official Stock ROM on Meizu Device.

If you have enjoyed the latest firmware, please write feedbacks about your experience of Second Beta Flyme OS 6 Nougat Firmware on your Meizu device. Have fun fellas.!!