Updates are continuously being added on top of this page…

Update as of April 17: Major U.S. carrier T-Mobile has now rolled out Android 11 for REVVL 4+ as a user reported receiving the same in a post on Reddit. The device arrived with Android 10 out-of-the-box and this is its first   major upgrade. [Source]

Update as of March 30: The Verizon-locked Galaxy Z Fold 2 got its hands on Android 11-powered OneUI 3.1 update a month ago. Cut to now, it is time for the T-Mobile variant to get its share on Android 11 (OneUI 3.1) update as well. The incoming update bears version number DUC1 and with a download size of 1484.89MB and has a February 2021 security patch. This is slightly different from the unlocked devices getting OneUI 3.1 with  March 2021 security patch on-board.  [Source]

Update as of March 29: Both OnePlus 7 Pro and OnePlus 7T have received their share of Android 11-powered OxygenOS 11 upgrade elsewhere. However, the devices locked with T-Mobile have not received the update weeks after its rollout to non-carrier locked devices. Cut to now, T-Mobile has listed that both the OnePlus 7T and the OnePlus 7 Pro have been listed as devices under development where the carrier tests out stable builds. This means that the stable update for both these devices will be out soon although there’s no ETA available here.

In a separate update, we know that the OxygenOS 11 build for OnePlus 7T Pro and OnePlus 6T are also under development and thus, the updates for these two devices locked with T-Mobile should be out soon as well although there’s no ETA available w.r..t the same.

Update as of February 25: If you are a Samsung Galaxy Note 20 or Note 20 Ultra user on T-Mobile in the United States, you are in for a treat. This is because both the devices are now getting upgraded to Android 11-backed OneUI 3.1 updates in the country. You can refer to the release notes for Note 20 and Note 20 Ultra as well.

Update as of February 22: Based on the latest intel, T-Mobile is now releasing OneUI 3.1 update on Samsung Galaxy S20 units with build number DUB5 in the Netherlands. [Source]

Update as of February 16: According to the latest information, one of the largest telecom carriers in the U.S. aka T-Mobile is now releasing Android 11-powered OneUI 3.0 update on Galaxy A71 5G with January 2021 security patch and with build number CUA7. This was confirmed by a user on Reddit as well as SamMobile’s database. [Source 1, 2]

Update as of February 11: If you are a T-Mobile Galaxy S10 series user in the United States waiting for Android 11, you can take a breath of relief. Apparently, the Galaxy S10 series trio is now getting upgraded to Android 11-backed OneUI 3.0 on units locked with T-Mobile in the country. The incoming update weighs at around 2.2GB and has build number EUA4. [Source]

Update as of February 9: Based on what we know so far, the Galaxy Note 10+ locked with T-Mobile in the U.S. is now getting upgraded to Android 11.

Update as of January 26: According to T-Mobile’s Android software updates page, it is currently testing out Android 11 build on Samsung Galaxy S10 5G, Note 10 5G, Tab S7 5G and Tab S7+ 5G. This means that the Android 11-based OneUI3.0 update update on these four models is imminent and will be zero in soon although there’s no ETA at the moment. [Source]

Update as of January 18: If you are a T-Mobile Samsung Galaxy S20 FE user, you are truly in for a treat as the telecom giant is now releasing Android 11-based OneUI 3.0 in the United States via OTA. This has been confirmed by various users although T-Mobile hasn’t updated its software update page at this moment. [Source]

Update as of January 16: LG hasn’t been much uptodate with its software updates and adding a telecom carrier adds to the time it takes for the update to arrive. Apparently, LG made the Android 11 kernel source for V60 ThinQ 5G just some time ago and there’s progress already. According to an alleged screenshot of a conversation between a T-Mobile support agent and a user, the LG V60 ThinQ 5G  is slated to get Android 11 from January 22. If the said information is true, we barely have 5 days to wait as January 22 is almost approaching. However, take it with a pinch of salt at this moment. [Source]

Update as of January 15: According to the latest update coming from a user, T-Mobile is now seeding out Android 11-based OneUI 3.0 on-board Samsung Galaxy Z Flip 5G. [Source]

Update as of January 7: AT&T and T-Mobile were the two major US Carriers left to roll out OneUI 3.0 builds on Samsung Galaxy S20 FE. However, AT&T is now seeding out the date which leaves T-Mobile as the one remaining to roll out the update so lets see when it releases the same.  [Source]

Update as of January 5: Based on the latest input by T-Mobile itself, it is disappointing as T-Mobile doesn’t have an official OxygenOS 11 release date for any of the OnePlus devices. According to the statement made by the U.S. carrier, the OxygenOS 11 based on Android 11 is under developmental stage, however, there’s no ETA on the same. [Source]

Update as of January 03: Based on the latest update, OnePlus will release Open Beta for OxygenOS 11 on OnePlus Nord starting this week. Post that, OnePlus has confirmed that the carrier’s schedule can differ and thus, T-Mobile is likely to release the OxygenOS 11 Open Beta build is likely to arrive a little later which is usually the case with carrier-oriented devices. [Source]

Update as of December 22: There’s good news for the T-Mobile Samsung Galaxy S20 users as the device is now getting the much-anticipated OneUI 3.0 based on Android 11 update on both T-Mobile locked and unlocked versions in the United States. This was posted by a user on Reddit. If you are a T-Mobile Samsung Galaxy S20 user (both locked and unlocked) you will get the upgrade via OTA. [Source]

Update as of December 17: Just after AT&T starting releasing Android 11 flavored OneUI 3.0 across Samsung Galaxy Note 20 series in the U.S., T-Mobile is gearing up for the big rollout too. According to a recent report, the telecom carrier is likely to roll out OneUI 3.0 on both Samsung Galaxy Note 20 and Note 20 Ultra by the end of this month and we are not that far so be patient. We will update this section once more news is available about the same. [Source]

Update as of December 14: According to the latest update, T-Mobile has now halted Android 11-based OneUI 3.0 on Samsung Galaxy S20, Galaxy S20+, and Galaxy S20 Ultra. Although it is not clear why T-Mobile halted the update, it is likely that bugs on the OneUI 3.0 build have caused the update from being rolled out on T-Mobile locked Galaxy S20 series.  [Source]

#2: According to an alleged chat between a user and a T-Mobile support rep, the Samsung Galaxy Note 20 and Galaxy Note 20 Ultra are likely to get their hands on Android 11-based OneUI 3.0 as soon as next month itself. Take it with a pinch of salt as of now. [Source]

Update as of December 5: Well, the good news for Samsung Galaxy Samsung Galaxy S20 series unders locked with T-Mobile as the devices are now receiving OneUI 3.0 based on Android 11 in the U.S. The update brings along build number CTKH and weighs at 2464.56 MB in size. [Source]

Android 11 is already live for Google Pixel phones. Other OEMs are either in the beta phase or prepping up the release of the Android 11 update for their front runners. Well, it will take some time for the OEMs to make the Android 11 stable update available for the smartphones. The same goes for the T-Mobile carrier variants. For those who own a carrier locked T-Mobile model, note that the updates will be pushed by the carrier and not by the OEM.

And carriers have a tendency of taking a couple of weeks or a month to release the updates. So, your best bet would only be after Android 11 is released by the OEM for its unlocked models. In this post, we will give you a complete T-Mobile Android 11 update tracker which will help you keep your phone up to date with all the latest information about the Android 11 update. With that being said, let us take a look at the update tracker itself: 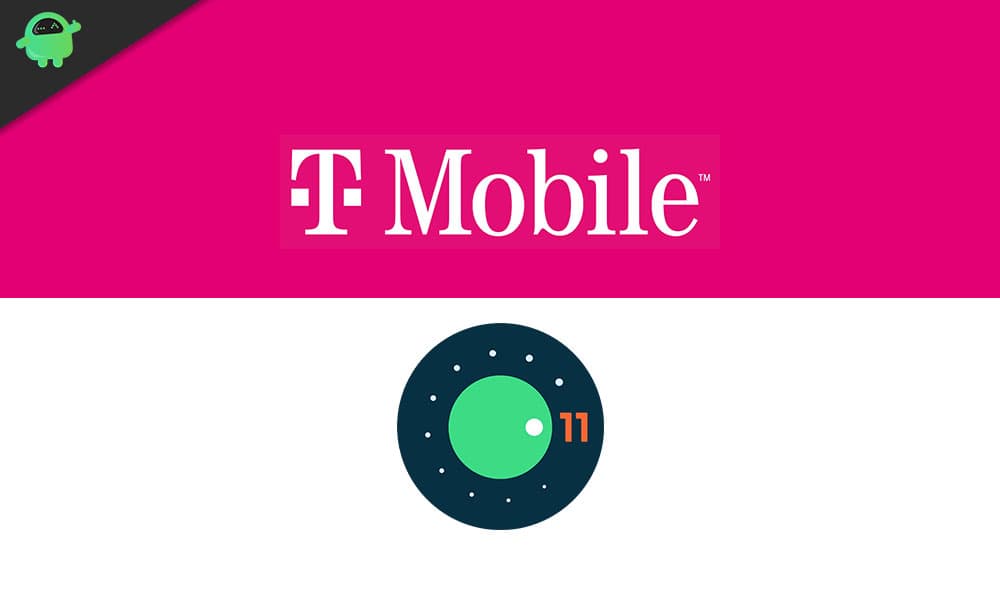 Here is the unofficial list of T-Mobile Android 11 supported devices. Note that this is not a complete list and new devices will be added and some devices can be removed from this list depending on the new information that might surface. T-Mobile has already released the Android 11 updates for the Google Pixel phones, which we will mention below in the list.

Note that the updates, for most of the smartphones are in the development phase and are not out yet. We will keep updating this post, once T-Mobile rolls out the Android 11 updates for its models. Moreover, note that this is not the official list of phones that have been touted by T-Mobile for receiving the Android 11 update. More devices will be added or removed from this list as information splurge. So, users of any of the listed T-Mobile variants should keep an eye on this post, to stay updated related to any information on Android 11 updates.