The Pie party has begun already in the USA and in that matter, T-Mobile Galaxy Note 9 is now receiving the upgrade to Android Pie. It is seeding officially with build number N960U1UEU1CSB3 for the Galaxy Note 9. It teams up with the February 2019 security patch update to fortify the device from latest security vulnerabilities. As of this writing, the system software update should be rolling over the air to the users across the specified region with T-Mobile carriers. Obviously, OTAs follow a phased rollout, so everyone may not get to see the update immediately. In that case, you can upgrade manually using the ODIN flash tool. We have covered both the methods below.

After installing the system update to Android 9.0 Pie, new features like gesture navigations, adaptive battery, improved notification management, App slices, Recent Apps etc will grace the device. There are many design changes in the interface as well. Also, with this update, Samsung introduces the One UI interface which is step up from the previous Samsung UX. 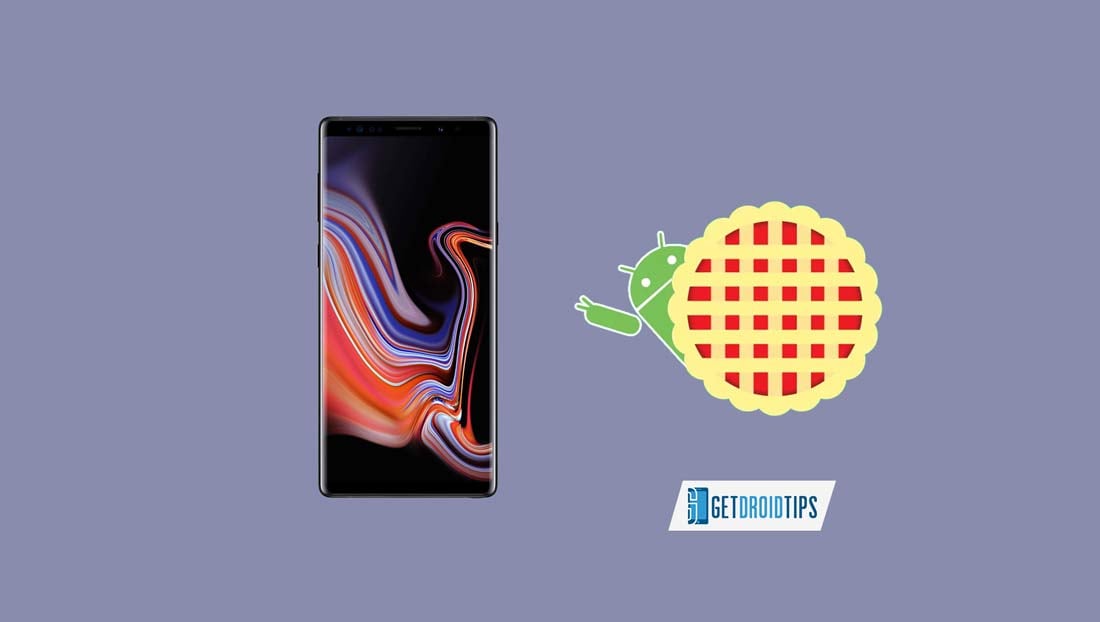 How To Find Software Update on  T-Mobile Galaxy Note 9

The latest Pie update for T-Mobile Galaxy Note 9 from Samsung is rolling over-the-air. It will roll in automatically into the devices. Then you will get the notification to download and install the same.

For some users, it may happen that you don’t get to see the update notification on your device. So, in this situation, you have to look for the OTA on your own. This is a pretty simple process. Go to your phone Settings > System Update. There you have to Tap on Check for Latest Updates. If the update shows up, then download it. The system upgrades weigh in gigabytes. So, it’s a good idea to connect to a good Wi-Fi network. this will help you download the update swiftly. Using the Wi-Fi network will also save you from getting charged for data by the tele-carrier. Also, make sure to properly juice up the battery of your device around 70% before installing the new update. This will overcome any power related interruptions while installing Android Pie.

If you’re not able to capture automatic over-the-air update, you can also follow another method to get the upgrade to Android 9.0 pie on your Galaxy Note 9. You have to download and install the firmware using the flash tool Odin. Here is the download link for the firmware that comes with the latest Android pie update for Galaxy Note 9 in US.

Steps to install Android Pie on your Galaxy S9 Series

First of all download the Android Pie based from the link above followed by all the Samsung USB drivers and other flash tools. You have to use the Odin to flash the stock firmware on the device. We have also put up the tutorial which will help you install the new Pie OS firmware on your T-Mobile Galaxy Note 9. Check the guidelines before you begin to install the new firmware.

GetDroidTips is not responsible for the bricking of phones due to following wrong installations. Follow this tutorial at your own risk. due to faulty installation.

How to Install Stock Firmware on Galaxy Note 9

Follow the tutorial below to know how to use the Odin tool to install the Android 9 Pie firmware on the Canadian Galaxy Note 9.

So, join the Pie party now if you use Galaxy Note 9 based out in US region. Install and enjoy.