Is Terastallization Legal in Competitive Pokemon Scarlet and Violet?
Pokémon Scarlet and Violet is the latest game in the Pokemon franchise, which was released last year in November. Players can catch various types of Pokemon in the open-world map of Paldea and other items that they can use to make their Pokemon more powerful in combat. Through battling other Pokemon, players can climb to the top and become one of the best Pokemon trainers in the world.

As many players have been playing the battles in Pokémon Scarlet and Violet, they will know it’s a little different from the other generations. With the new Terastallization mechanic, they can be a game changer. This is the first time in nine generations that a Pokemon game has such a bold mechanic where players can change their Pokemon Type mid-battle. Some are concerned about the legality of the mechanism of Terastallization, so that’s what we will be discussing today. 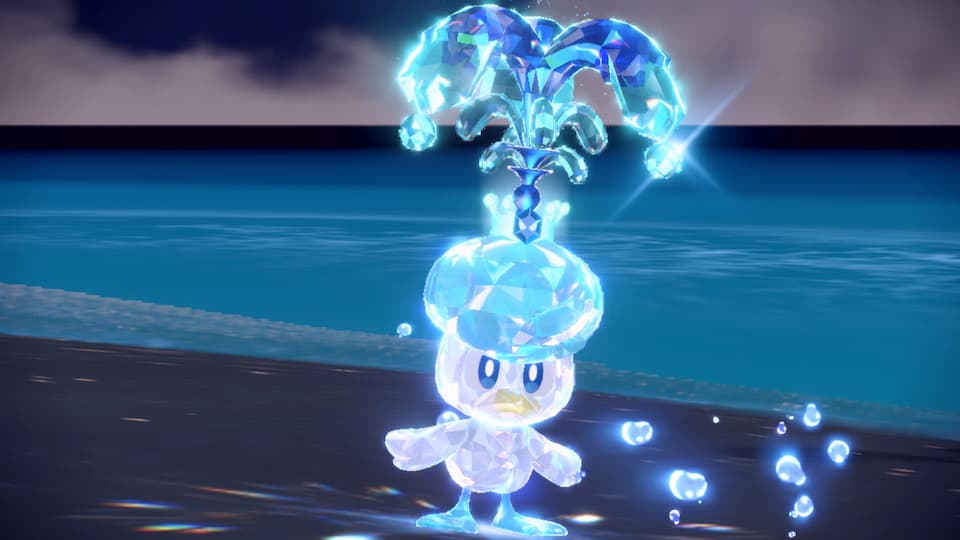 Should Terastallization Be Banned in Competitive Pokémon Scarlet and Violet?

Did you know that in Pokemon and Scarlet, any Pokemon can have their type altered, even in the middle of battle? This process is called Terastallization, and it leads to more intense and unpredictable fights. It is because players have no idea if their opponent will choose to do so and in what way. For eight generations, Pokemon trainers have depended on Pokemon Types to base their team off on, and with this mechanic, this foundation falls apart.

Terastallization is a powerful tool that can essentially flip the script of the game. Pokemon who have only one type of weakness are the most affected from this mechanic, as their opponent can try to use that weakness against them, only to have them turn into it. For example, Gastrodon is weak to solely Grass Type moves, but can still undergo Terastallization during a battle and turn into a Grass Type Pokemon itself.

In competitive Pokemon battles, players try to predict the battle to know which moves to place next, but Terastallization makes it difficult to do so. Some have even claimed that it should be banned for its unpredictability, because this randomness is something that most players can’t handle. Invalidating battle strategies that players depend upon can be taken badly. So the question arises, is Terastallization still legal in competitive battle?

The Terastallization mechanic is the defining feature of Generation IX, and it’s unfortunate that some players think it is overpowered. However, banning is not the way, as some have suggested limiting the mechanic instead. Instead of allowing every type of Terastallization, a Pokemon can have a few options which are the Tera types of what the player already has. If the opposing player knows what types a Pokemon is allowed to Terastallize into, it might help to fix the issue.

Some players still want the mechanic to be prohibited from ranked play outright, which has been taken up by one of the larger competitive Pokémon communities, Smogon. The legalization of Terastallization was put up for debate in the Pokémon community, and a vote was taken. The results came down by a narrow margin, as players were head-to-head in deciding whether Terastallization as a game mechanic should be banned in competitive play.

Here are the results:

While it seems like the majority of people voted for Terastallization to be prohibited, it is not a total majority. For an action to be taken against the game mechanic, the voting percentage needs to be at least 60%. Thus, the competitive community cannot move forward with the banning of Terastallization, as the vote falls short by a mere few numbers.

Nevertheless, the poll results were extremely close, and indicated that a large part of the community wanted to remove the mechanic entirely from competitive Pokemon battles. Players who might have thought that Terastallization is something that should remain as a key game mechanic might have been in for a shock. As this was only the first round of voting, players might be more prepared for the next one and vote accordingly.

Smogon has reputed Pokemon tournaments which take place worldwide, known as official Smogon-recognized tournaments. In one of the previous games, Pokémon Sword and Shield, they banned Dynamaxing. This is the mechanic that made Pokemon grow taller and increased their power and moveset. So, by banning Terastallization they have the power to prohibit it from their own tournaments.

As of now, Terastallization is still legal in Ranked battle, according to the official Pokemon website. Trainers can still use it to alter their Pokemon’s type, and initiate a crystallized state to get more of an advantage in battle. There is no indication of the prohibition of Terastallization yet, but a lot can change in the future.