In the times when smartphones have become an imperative aspect of our daily life, in fact, you can call it as an external bionic organ made up of ICs, electronic components, etc. There are countless things and tasks you can do with your smartphone. If falling or dropping won’t kill the device and prevent it from turning ON, water can definitely do that job. Water is one of the biggest problems for all electronic devices including the smartphones. Although there are smartphones with water-resistant protection, there is only a minority of them being used due to their price which is too high.

So, consider a scenario where you accidentally dropped your phone in a pool, pond, or you actually dropped water or any liquid on your phone, it is considered as water-damaged android phone and that needs redressal pretty quickly. If you are technology savvy and know your way around electronic devices like smartphones, you can learn more about to get the water out of the internal assembly which could potentially void the warranty of your phone. But there are the majority of people who know nothing about opening the phone and getting rid of the water stuck inside the assembly. So what do you do? A simple search on Google will let you know plenty of tips and tricks that you could do to get rid of water and to avoid water from soaking into the device in the first place.

We recently compiled a list of few comments from users around the world who shared their problems related to a water-damaged smartphone. So here is a list of quick fixes and solutions on how to get rid of the water in your phone so that you can keep it handy in case if you come across a situation where you accidentally dropped your phone in water or it is because of a sheer bad luck that water found its way on your phone. So, dive into this detailed post where we have explained that difference between water-resistant and waterproof so that you can know the meaning when buying it. Also, we have covered series of issues and their fixes along with things to do when you have a water-damaged Android phone which is ironically the subject of this post. 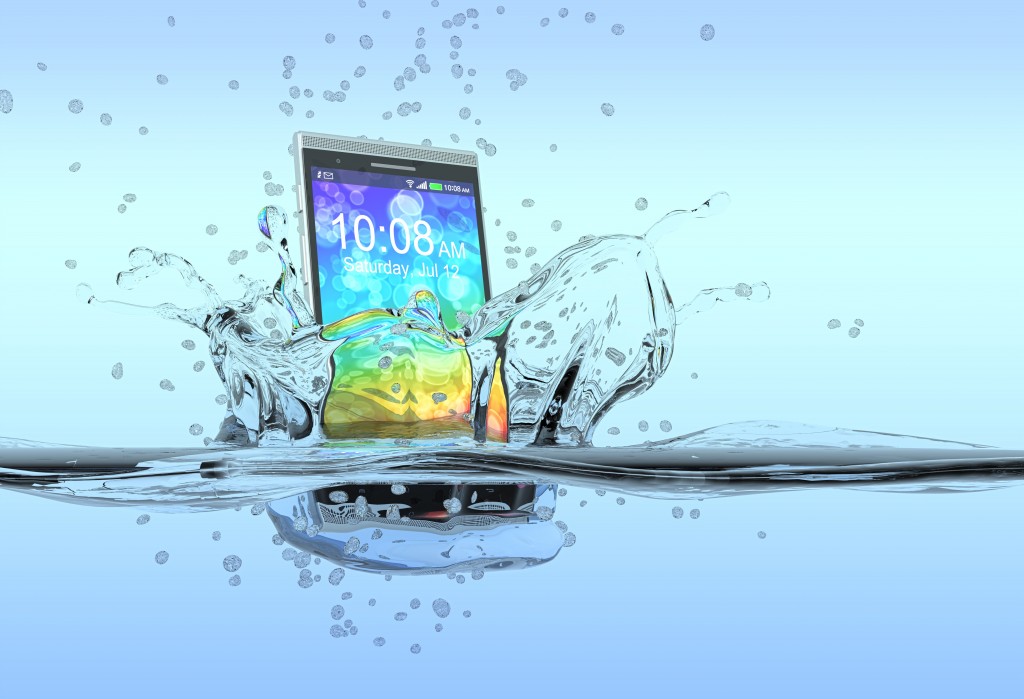 What is the difference between Water-resistant vs Waterproof?

Okay, at first it is possible for you to misunderstood these two terms as the same. But actually, they aren’t. Nowadays, smartphone manufacturers use the term ‘waterproof’ to address the feature of their ‘water-resistant smartphone’. However, it comes as a surprise and a shock that there is still 10% chance of your phone to get water-damaged even with proper high-grade water-resistance certification. In the smartphone lexicon, waterproof or water-resistant is the ability of your phone to ward off dust, lentils, and other particles along with its capability to be soaked into fresh water for a period of 30 minutes without being damaged. But is that all?

Actually, your phone can stay protected from water only if the ports which are the only way water can enter into the internal system are covered. No doubt you can include cases and covers to prevent water-damaged but there are a still 10% chances that your phone will be water due to water. Now about the certification, if it says that you can submerge the phone at a depth of 1 meter where it can withstand low-pressure water current for up to 30 minutes which is not completely true. These specifications are based on various studies which could have vivid results. Thus, you need to make sure that you don’t intentionally drop your phone into the pool just to see if it works properly or not because there is a 1/10th chance that it will not work. But that doesn’t mean you should buy waterproof phones, it is more of a necessity now, however, if it adds much to your budget, it is better to include a low-cost alternative that is waterproof mobile covers.

Covering the ports which are used to connect the USB Cable or headphones through the audio jack is important. If you think that the chances of the phone getting water-damaged in any given situation, say a poolside party where there are probabilities that you might drop your phone into water or you or anyone else can spill liquid on it thereby damaging it, don’t just rely on your phone’s waterproof feature.

As aforementioned, waterproof smartphones are actually what they are advertised and thus, you need to make sure they are used properly. Port protection scheme which is a fancy word to protect the ports on your phone using port covers. There are many port cover providers that you will find on e-commerce sites li>ke Amazon, eBay, etc where you can buy covers for your make and model of smartphone. Once you plug in the port covers, it will be safe from potential spillage of water. But don’t just get hang of this problem just yet. Because these port covers aren’t 100% reliable. Since a user commented that the port cover plugged into one of his Samsung Galaxy S5 (he had two) broke off. Although it didn’t directly cause the problem as soon as the port cover broke off, he accidentally dropped the phone in water the other day. And guess what happened? The phone was water-damaged.

The various situations and their fixes

After reading through all the comments of our esteemed readers based on water damaged Android phone, we have compiled a list of comments as well as its breakdown and fix as well. According to a user whose phone dropped into the water, he placed it in a rice bag, however, when he tried to power it on, the phone started but with an issue that is overheating the battery. This is a concern that you need to express with the authorized service center who will be able to prescribe the best fix. In most cases, it is the faulty driver software on your phone or it is the battery which has damaged after coming into contact with the water.

Another user stated that rice bag helped him revive the phone back with all the major components running swiftly. However, the network connection seems to wobble and frequently turns OFF and ON repeatedly which isn’t reliable at all. In this case, it can be the network antenna or another correlated component that might have gone haywire.

Things not to do when the phone is wet?

Things to do when you have a water-damaged Android phone? 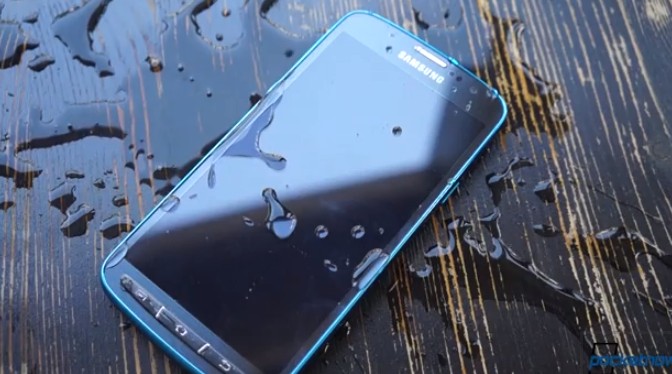 Although this to-do list is for Android devices, most of the parts are applicable to other smartphones as well. So if your phone is water damaged, there are things that you can do to revive it or at least try in the worst case scenario.

With waterproof cases, you can be assured that it will prevent excessive damage to the phone even it comes in contact with the phone. In most cases, the phone works extremely fine even after being dropped in water under a suitable condition, of course. In order to inform our readers about the available options, here is a list of top 5 best waterproof covers for your phone that adds another layer of protection to your phone. It might look weird but it isn’t anything when compared to the look of user’s face when the phone gets water damaged incurring hefty charges to get it fixed.

Hope we were able to provide a satisfactory resolution on getting the water damaged Android Phone fix using the comprehensive list of do’s and don’ts that we have mentioned in this post. At GetDroidTips, you can get plenty of tips on how to secure your phone with water as well as how to fix issues such as Bluetooth not working, Wifi not working, just to name a few. It is the best place to search for Android Tips & Tricks, iPhone Tips, custom ROMS, Bootloader, and much more.