Tower of Fantasy is an open-world RPG game whose game plot is so adventurous, the players will be sent to the alien world of Aida, and they will be tasked to save the leftovers of humankind. In this article, we are going to talk about the tier list for the weapons that are available in Tower of Fantasy game. We will list all of the weapons one by one according to their tier rating which will be purely based on the power and control of the weapons.

The Simulacrum system can give you the freedom to use either weapon or the Simulacrum or both in a match. The Simulacrum allows you to change your skin, effects, looks, or other things. You can even completely replace your character with the Simulacrum. Now we will talk about the weapons and how they are ranked in the game. 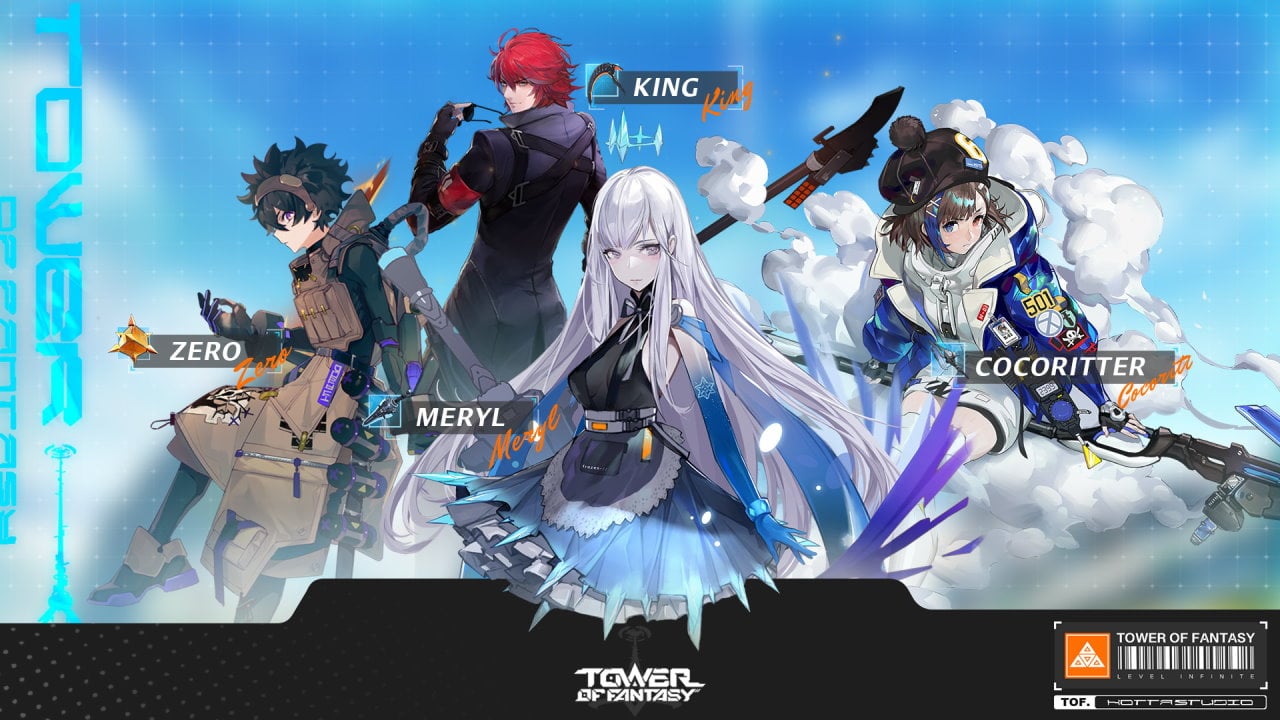 The tower of Fantasy has great weapons. As you are about to fight in the Alien world, you will need these weapons to be strong. But getting an idea about the ranking of these weapon systems will let you choose which weapon you want to grab for which type of combat. We have ranked these weapons into four tiers. The weapons in the S tier are the most powerful ones, and A, B, and C are ranked from more to less powerful.

This contains all Top Tier weapons and can be used anywhere or in any combat. 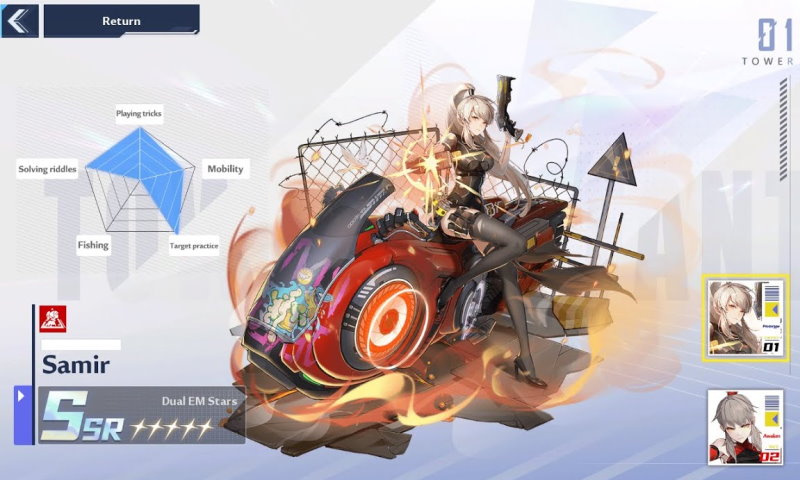 The Dual EM stars is a top-tier weapon, and it is designed based on railguns. It should always be used in pairs. The Element used in this weapon is the VOLT which can paralyze targets for a second and electrify them for 6 seconds. It can deal 144% damage once fired. An SSR weapon, it can keep the cold temperatures to let your allies heal. The element used in this weapon is the ICE- SHELL. It can freeze your target for 2 seconds and can even leave them frostbitten for 6 seconds. The damage it can give to your target is 151%.

Scythe Of The Crow 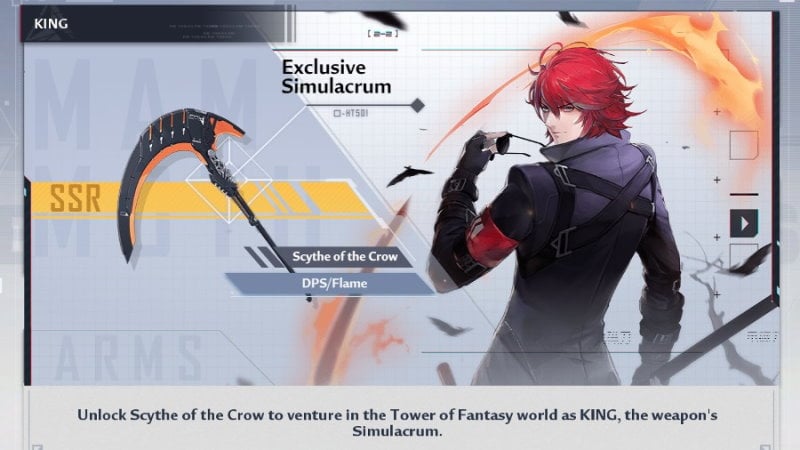 It is also an SSR weapon, its element is Flame. It can set your target on fire for 8 seconds and can cause damage equal to 58% while doing that. Once the target is ignited, they lose 50% of their healing abilities. 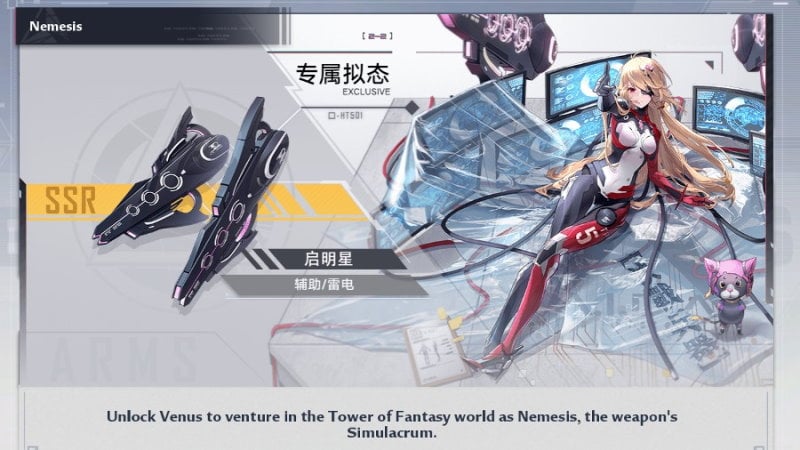 An SSR weapon, Venus can be deadly. The Element used in Venus is Volt which can strongly paralyze your target for a second and can electrify them for six long seconds.  Can deal an equal of 144% damage once fired. Once hit by the volts, the target can not receive any biffs for 4 seconds.

The weapons listed below are less powerful than the S tier but yet powerful. 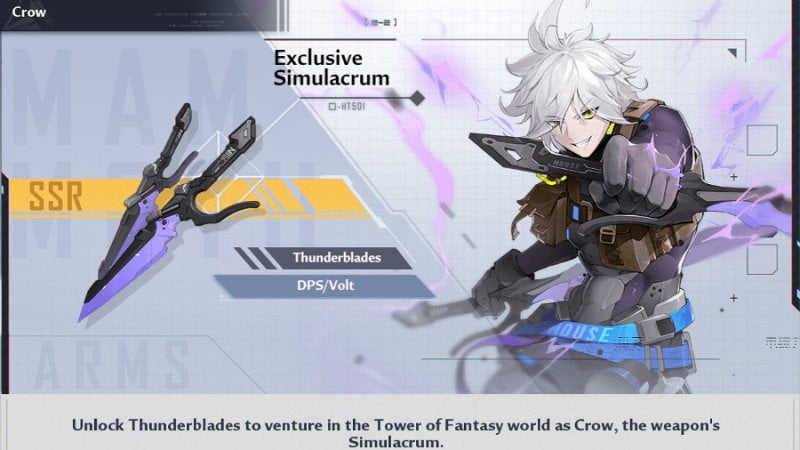 Thunderbolt is a kind of SSR weapon. Attacking from behind raises the hit rate of all dual-blade strikes by 40%. When you backstab an electrified target, your crit rate rises by 100%, and your crit damage increases by 30%. Use regular attack to attack four times in succession when airborne or after jumping once. 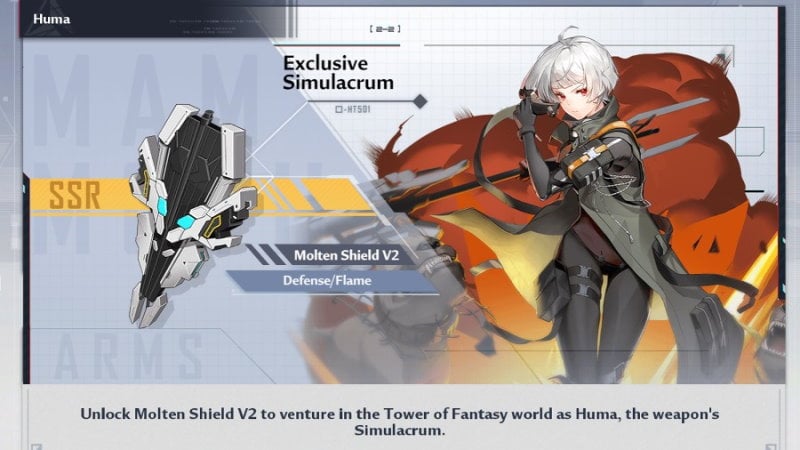 This weapon is also an SSR weapon when you talk about the rarity. Release a fiery shield that deals damage equal to 55.8% of ATK + 3 and knocks enemies back. In addition, cause an explosion that delivers 55.8% of ATK + 3 damage, stuns targets for 0.5 seconds, and decreases incoming healing effects on targets by 30% for 10 seconds.

Chakram Of The Seas 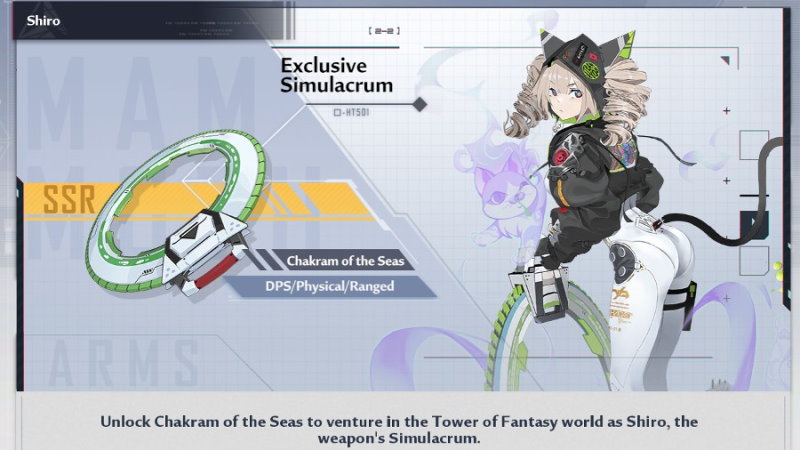 This weapon is also an SSR weapon, doing 43.5% of ATK + 2 damage with mild knockback. Tap and hold regular attacks while flying to activate Air Spin. Unleash a tremendous attack that does 191.5% of ATK + 10 damage to the target and adjacent enemies, then suspends them. 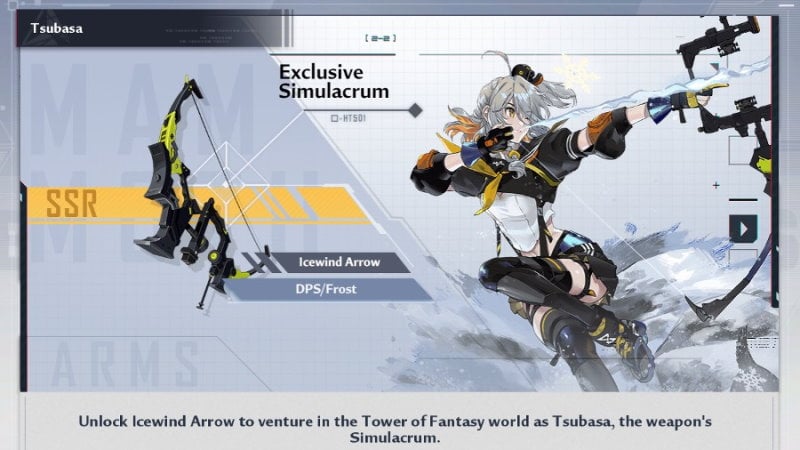 The Icewind Arrow is a weapon linked to the Tsubasa Simulacrum. The bow belongs to the Ice Element and should be used by DPS characters. It may deal massive damage while keeping the character who is using it at a safe distance from the target.

Below are some mid-range weapons. They are good for self-defense and sometimes you can do Combats too. The Negating Cube of Fantasy Zero is a support weapon that specializes in protecting and enhancing your friends. Its talent provides a formidable shield for ten seconds while simultaneously doing damage and knocking goes back. This is an excellent time to build up combinations for yourself and your teammates. 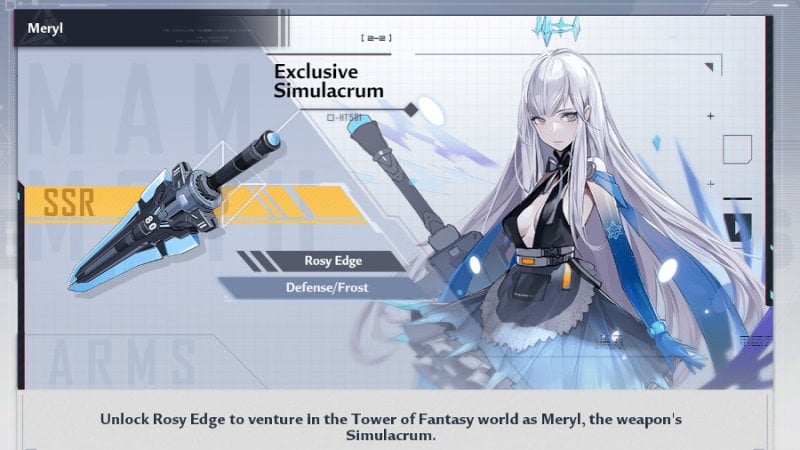 Rosy Edge is an SSR weapon, which uses the ICE Shell as the element, which can freeze targets for 2 seconds and can leave them frostbitten for 6 seconds. However, this weapon is a support weapon that can be useful sometimes. 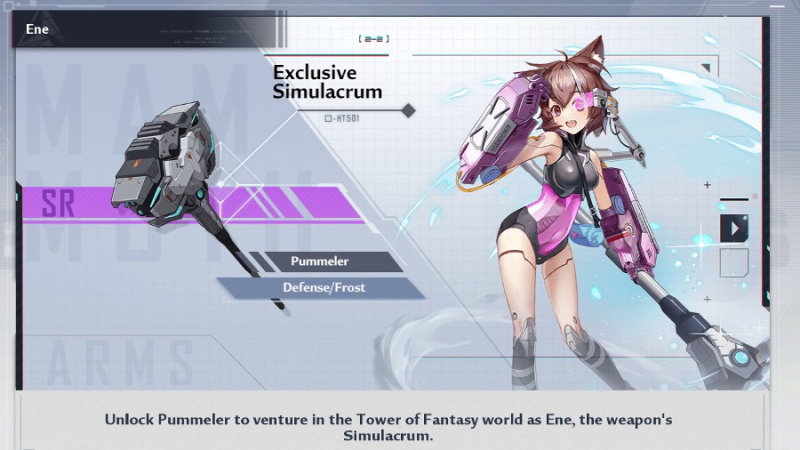 Pummeler is one of the most effective weapons for shattering opposing shields. This makes it ideal for usage against protected foes and World Bosses since it is easy to remove large parts of their shield and shatter them in a matter of seconds. 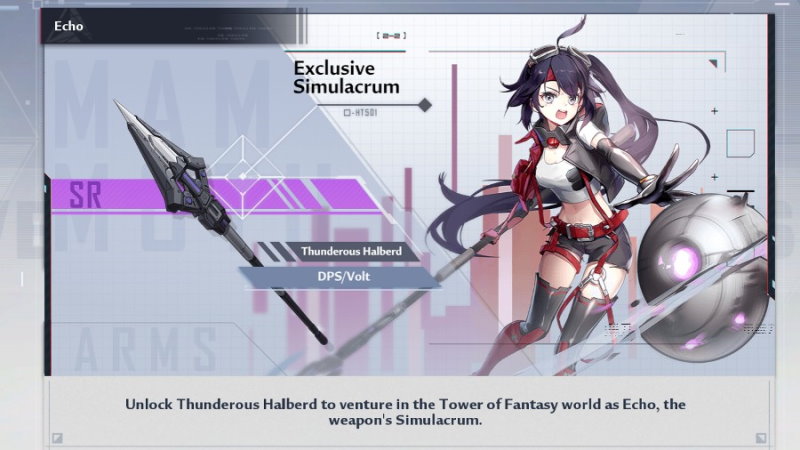 A halberd imbued with thunderous strength. It’s strong for burst damage and has a long-range, making it a versatile weapon. However, this is an SR weapon, which uses the Volt as an element, which has the same functionality as the other weapons using the volts as an element.

Weapons in these tiers are just a toy in hand. It blends in wonderfully with the dark darkness. Deal basic damage equal to 60.5% of ATK + 3, plus 50% more for every 1 second spent charging, up to a total of 3 seconds. When you score a headshot or strike an enemy’s weak point, you do double damage, knocking them down 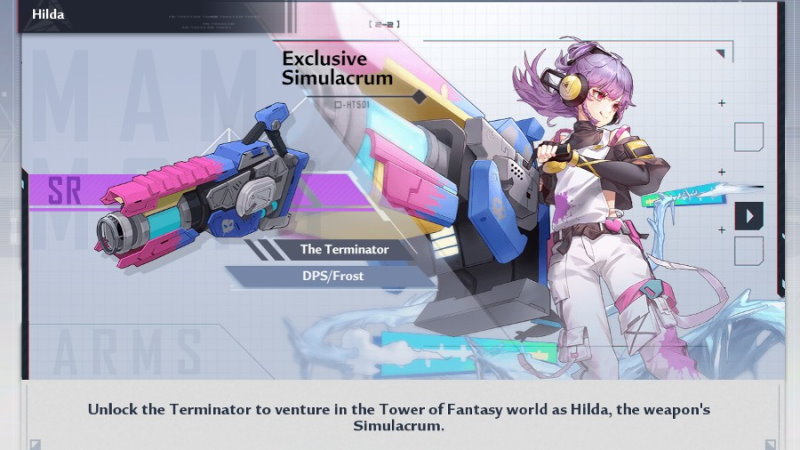 A moving turret is the nastiest armament ever designed. The Terminator is a weapon used by SR Frost. Her mounted weapon is presently on display at Banges Port, next to the inn. It uses an Ice shell as the element. 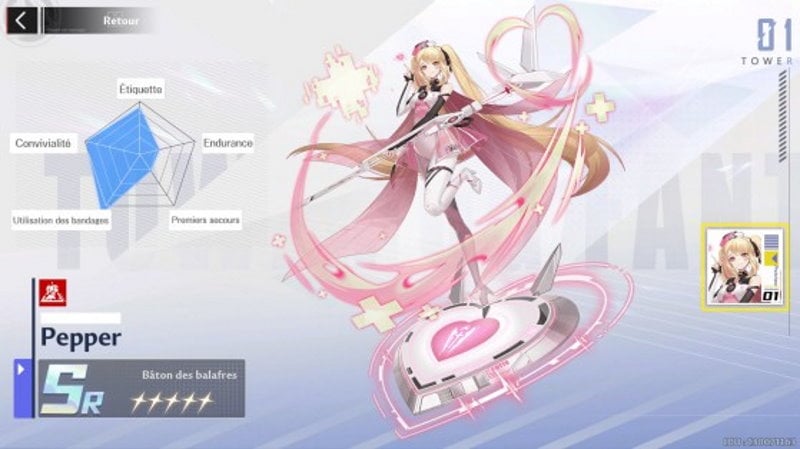 A mechanical staff engraved with a cross rune. Capable of forgiving faults as well as unleashing penalties. Each wave of energy does 22.6% of ATK + 1 damage to enemies. When you use your weapon, you get 75 weapon charge points.

So that was everything about the Tower of Fantasy game’s weapon tier list. You may check each weapon to determine which one to use and when. The Elements utilized in the weapons are based on Ice, Fire, and Volts. Every weapon has advantages, so pick wisely before entering the world of Aida.