The Samsung Galaxy Note 8 is one of the best examples of recent advancements in the smartphone technology. It has been one of the pioneer devices till date that has transformed the experience of using a smartphone to a novel platform. Although Samsung has provided their best in it, there are some basic features which a lot of users don’t like. Thanks to Android it is possible to add or to neglect them quickly. In this post, I will guide you on how to turn off the Samsung Galaxy Note 8 Notification LED light easily.

The notifications LED is present at the top of the screen which blinks whenever there is a new notification appears. It is actually possible to disable it without doing much. If you also want to proceed with it, this post provides some useful and in fact, the easiest method to do so. There are certain reasons why users want to disable it completely however that doesn’t matter. You can easily keep up the pace in this matter. 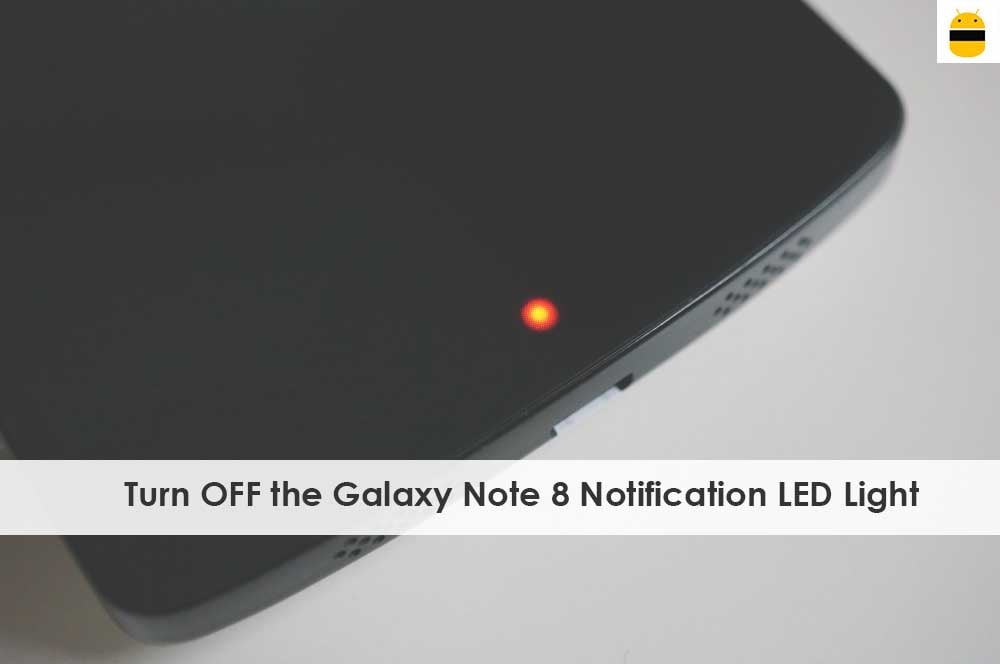 Steps to Turn OFF the Galaxy Note 8 Notification LED Light

After this, you wouldn’t see a blinking LED on your screen. One important thing which you need to keep in mind is the Galaxy S8 has same LED that remains ON while charging and indicates the user that the device is accepting the power applied. If you turn it off completely, you cannot even find it ON while charging your device. Thus, it might be difficult for you to know when the device gets fully charged.  It is because of no other reason you are suggested to turn it OFF only for some specific apps that send additional notifications rather than disabling it totally. For this, you can download and install an app “Light flow” from the Play Store.

It is possible to restore your action anytime you want at a later stage after turning it OFF. Thus, there is nothing to worry about anything.