Updated on July 03, 2021: TutuApp VIP v4.2.2 for Android, iOS and PC is released, and you can find the download links for the same down below.

For Android, Google is the main provider of maximum services, OS, and apps. Google Play store is one of the largest App Store for Android in existence today. However, there are paid apps included with free apps and games. Apps that are free in Google Play are great, and we can easily download and install the app or game through Play Store and use it.

However, not every time free apps are good, sometimes free apps are just the demo version, and the pro app is the real deal. Similarly, there are plenty of free games, and pro paid games. Since Google Play Store has installed almost any Stock Android, it is the largest used App Store for Android Devices.

If you want to have paid applications and games for free, there are a few services that provide mods, and free paid apps. However, there is always the risk that it will contain a virus or malware that will infect your system. Not all Third-party App Store android is risky and bad, TutuApp VIP is one of the best third-party Android App Store, which provides all the popular apps as well as the paid apps for free.

TutuApp Vips is mainly for Android platforms, but the developer has also made TutuApp VIP for the iOS users. By using TutuApp VIP iOS users can also use some of the most popular Android Games and apps that are not available on iOS devices.

The application has a simple and interactive UI and requires Android 4.4 or above to run. Even more, you will need a Google Translator if you visit the official website for download though everything will be written in Chinese. To install the application, you must enable the Unknown Sources option in application settings to function properly.

Developed by Shenzhen Tuxun Technology Co., Ltd. TutuApp is a Chinese Application. Officially the App’s default language is in Chinese. However, you can get the English version, which is known as TutuApp English or TutuApp helper. Although TutuApp VIP is not Completely free, you will have to redeem a code. 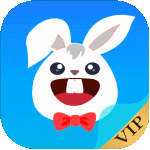 However, there is a mod version of this APK which you can download and use without paying anything. The application can also be installed on any Pc using Android Emulator like Bluestacks, Nox Player, etc.

Therefore some of the features of TutuApp VIP are mentioned below in a list.

TutuApp VIP comes with various hacks and Mods. Mods are the applications or games which have been hacked and altered to function in a certain way. In which it is beneficial to the user. If you’re a regular TutuAPP VIP user, then you must update your app to the latest version to enjoy all the latest features.