Have you ever been stuck in boot-loop after installing custom ROM? Or while rooting or flashing the wrong custom recovery file? Well, this has happened to many of us especially if you are one of those geeks or developers who play around with custom ROMs or are interested in tweaking the device. You might be familiar with the issue when your device stops booting and gets stuck in boot animation permanently. This is called soft-brick and this issue commonly occurs in case you flash a wrong custom ROM, kernel, or root stuff that is not compatible with the concerned device.

What is the between Hard brick and Soft brick?

Soft brick, as mentioned earlier, is an issue that occurs in case you flash a wrong custom ROM, kernel, or root stuff that is not compatible with the concerned device. Nowadays, it’s not an issue anymore. It is like a curable disease and the most common one, like common cold (weird analogy?). A soft bricked device that has been recognized by the PC, turns on but gets stuck on boot animation logo and reboots the device after a short internal.

Hard brick is like the disease for which cure has not yet been discovered. Though the chances of hard bricking a device are rare, but sometimes if your device not getting detected by your PC or is not turning on, then chances are it’s been hard bricked. 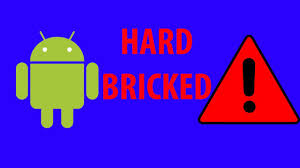 How to unbrick Android when stuck in the boot loop issue?

The steps provided below should suffice in this case.

Pre-requisites required for the process:

There can be numerous reasons for this:

In case you flashed the compatible ROM zip file but the device is stuck on boot logo and not booting completely then follow the below steps:

2. Flashing boot.img on your device:

This should work. In case the problem persists, try the following method.