Often users of Android devices try to perform modifications on their devices. Well, not every time they become successful. Sometimes, they end up bricking their device. It happens mostly because of the use of wrong software or not following the instructions properly. OnePlus 6T users have also reported of this same issue. In case your device is bricked, there is nothing to worry about it. It can easily be unbricked. So, in this post, we will tell you how to Unbrick the international OnePlus 6T using MSMDownload Tool.

The MSMDownload tool can unbrick, relock the bootloader and take the international OnePlus 6T back to factory condition. We have put up the link to the MSMDownload Tool and the unbricking guide as well. 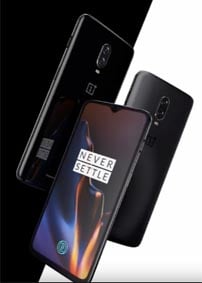 There are two types of Android phone bricking situation. One is hard-brick and other is soft-brick.

A hard brick is a result of some hardware failure caused while you are rooting or installing a custom ROM on your device. Hard brick happens rarely, and the only thing that can lead is the loss of power supply during the process. when a device is on soft brick, Different conditions like frequent restarting of the device or inability to switch to the device can occur.

How to Restore/Unbrick the International OnePlus 6T using MSMDownload Tool

Before heading over to the process of performing unbricking, you have to go through the basic guidelines.

Step-2 Switch off the device

Step-3 Hold the Volume up + Vol down together and plug the 6T into the working PC.

Step-4 Your device should now show up in the tool.

Step-5 Once your device shows up, click on start.

Step-6 Your 6T will reboot after the process completes.

So, that’s it, guys. If you want to restore/unbrick the international OnePlus 6T using MSMDownload Tool, then we hope this guide helped you out.