A translator app comes in handy even in the most draggy situations. And coming to Apple devices, you can find several such applications in the App Store. Apple has recently introduced a new built-in translator app that works great and features a clean & user-friendly interface. With the new Apple translator app, native iOS users can translate any language easily, both locally and verbally.

The iOS translator app contains several other perks over third-party applications such as translating a conversation, downloading languages for offline use, save to favorites, and more. So, if you want to get started with Apple’s native translator app, here is everything you need to know. 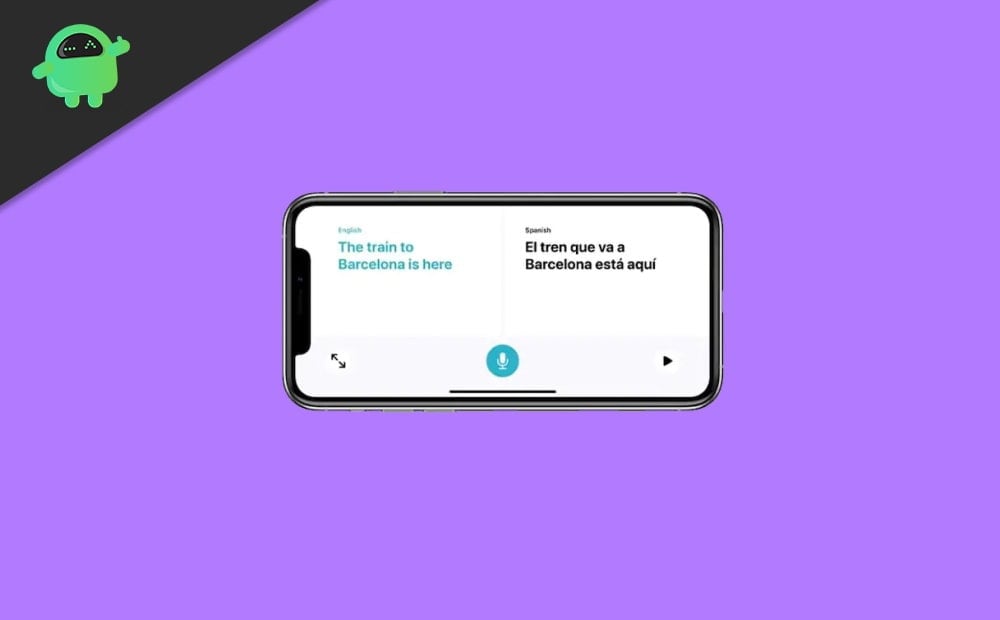 How to Use Apple’s New Built-In Translator App?

Apple has done an astounding job with the interface and functionalities of the application. You are just a click away from translating your words or sentences to any desired language. The built-in translator accepts both texts and speech input and translates it into any language in absolutely no time. Here is how you can make complete use of the application in the most elementary way.

Translating Words and Sentences in the Apple Translator App

Launch the Apple Translator app on your device. As soon as you open the app, it will display a plain screen with a few options on the top and bottom.

Select your regular language and the language you want to translate your words.

Now type in your sentence in the text box provided below.

The app will then translate your word/ sentence and display it right under the original text.

Or you can also click the Microphone button and speak your words directly.

The translator will speak the translation automatically even if your phone is in silent mode.

If you wish to listen to the translation again, just tap on the play button, and it will speak the translation every time you hit it. Moreover, you can also get the definition of a word by clicking on the dictionary icon under the translated text.

If you are conversing with someone who speaks the language you want to translate, Apple’s built-in translator can help translate the entire conversation and make it easily understandable between the two persons.

To do that, you need to turn on automatic detection. And the translator will automatically identify which language is being spoken and translate it to the other language. To translate an entire conversation, follow the steps below:

Via this process, you will get a more refreshed way of communicating with a person speaking another language, and the translator app will instantly translate every word to make the conversation understandable.

Another great benefit the Apple translator offers is the freedom to download any language for further offline usage. So, in the worst scenario, you ran out of network, you could still translate your words whenever necessary. The steps to download a language is given below:

Launch the translator app on your iOS device. Tap on the language tab on the top of your screen.

Scroll down and look for the offline available languages.

Now, tap on the download icon beside the language.

Tap “Done” to complete the process.

The Apple translator app has only 11 languages in total, including Arabic, English, Chinese, French, Japanese, Italian, German, Korean, Russian, Portuguese, and Spanish. However, it will most probably add more languages soon to the list.

How To Save Favorite a Translation?

Yet another important feature is the “Save to Favorites”. It can be quite helpful if you use a particular word or sentence more frequently. You can keep its translated version save in one or more languages so that you can access it seamlessly whenever you need it. To save a translation in Apple translator, the steps are as follows:

Type or speak a word or sentence.

Once the translator provides the accurate translation, click the Star icon next to the translated text to add to favourites.

Once you have added it successfully, you can later click on the Star icon simply and check for the translations you are looking for. All your favourites will be saved in the favourites list unless you want to delete them.

So, that’s all Apple’s new built-in translator has to offer to you. I hope this article has helped you find the answers you were looking for. The app portrays a very straightforward interface, so it should not be any complex to get started with Apple’s translator app. Simply translate any words or sentence and start a conversation with people speaking foreign languages completely trouble-free.