Stunlock Studios a Swedish developer behind the Vampire Survival game, V Rising. V Rising is an open-world mind teasing adventure game. As it is a vampire survival game, it revolves mainly around managing resources, staying away from the sunshine crafting weapons and shelters, and finding blood around the game. The players take the role of the vampire who is weak and just woke up after the centuries. Players have to regain the strength of the vampire, build their castle, and erect a vampire empire. And also there are V Rising servers so you can band together with others. Here we will guide you for all V Rising Boss Locations so you can easily find all Boss Locations in the game. 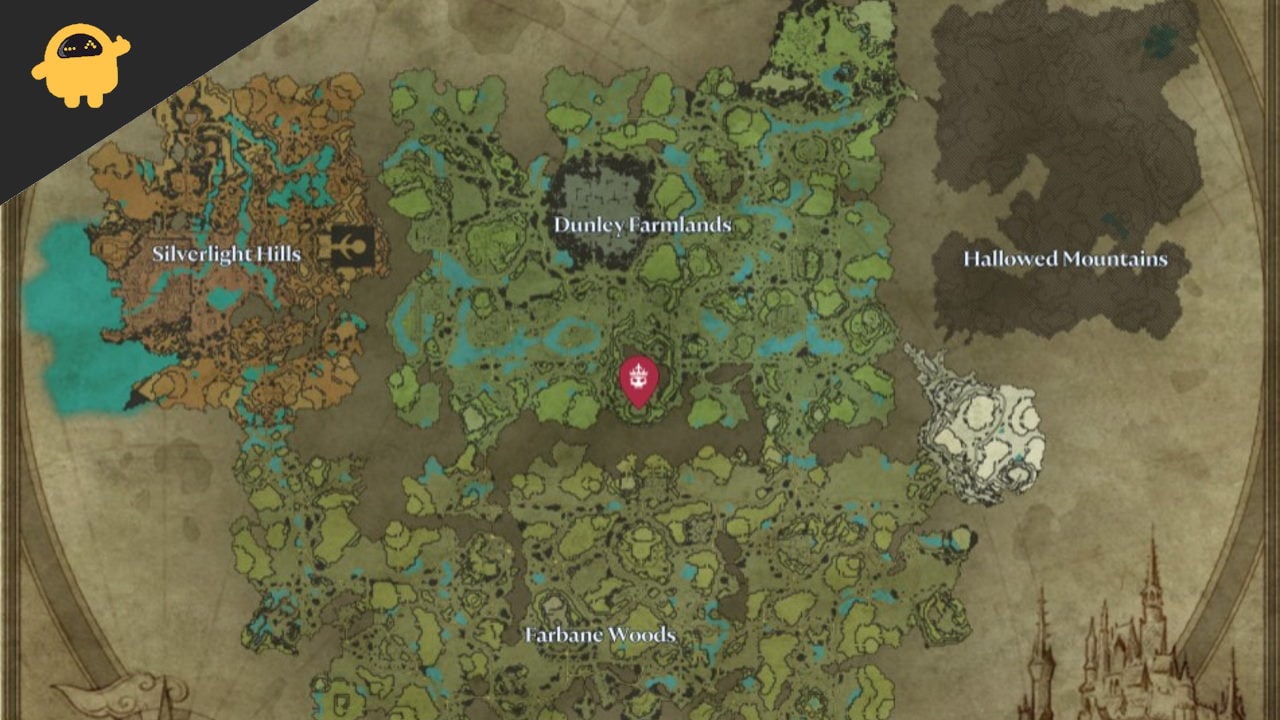 V Rising game consists of the five regions and each region has multiple strong enemies we call the BOSSES of that region. Who is so powerful by having Dracula’s blood as a source. Finding these bosses is not an easy task and without these bosses, the game would be boring. And if you as a player is prepared for fighting these boss, we are here with the list of all boss location in V Rising. 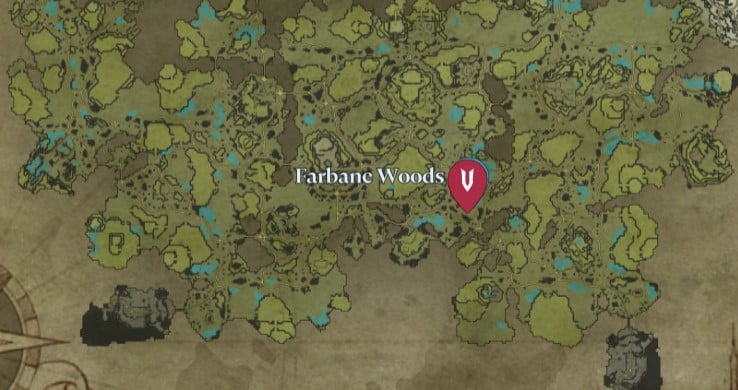 Alpha wolf is the first boss you will face in V Rising game. It is in the wolf’s den in the eastern far bane woods, but you can challenge it only when you are on level 16.

It is a difficult early game boss, It’s a bit challenging. the main weapon is the fire crossbow deals huge damage and kills you if you are on a low level. You can find it in the farbane region around or inside the bandit logging camp when you reach level 20.

An enemy with three attacks to demolish you can attack you by spinning melee when you are close or by the ranged surge of magical energy and the deadliest one is the hammer slam, which sends magical waves in all directions to demolish your existence. This can be found at the same place where you encountered the Alpha Wolf boss, after reaching level 20.

Lidia, the chaos archer attacked by her magical arrows, the chaos magic but you don’t have to scratch your heads as it is one of the easiest boss of the V Rising as she travels very slow and very easy to be avoided. You will find the Lidia the Chaos Archer roaming around the forgotten cemetery and logging camp when you reach level 26. 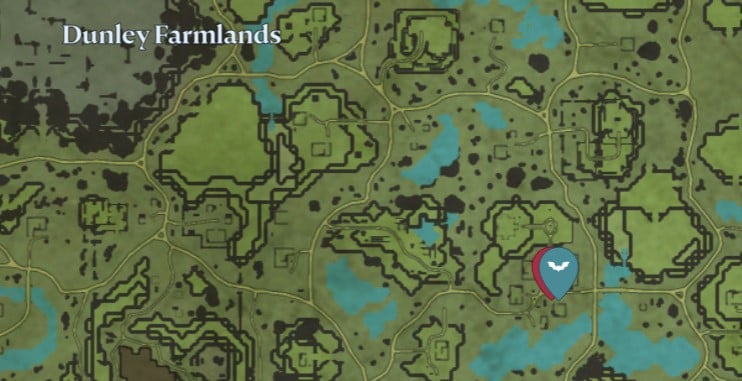 A sweet old lady living in one of the many villages of the farmland. She is equipped fully with the weapons to kill the vampire. To fight her you have to slaughter all the guards and chase her in the streets to finish her. You will find Beatrice the Tailor in the dawn break village when you reach level 38. 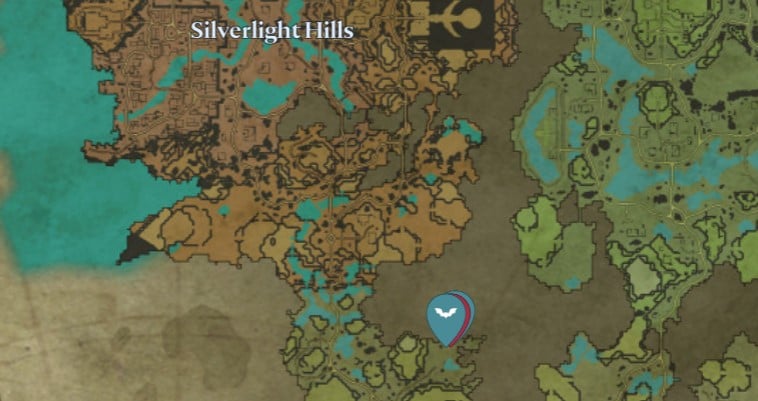 A magical boss will give you vibes of being fighting with a ghost. it can deal heavy damage through a distance but when you get close Polara the feywalker will attack you to get you in fear. Polara the Feywalker can be found in the Gleaning Meadows when you reach level 34. 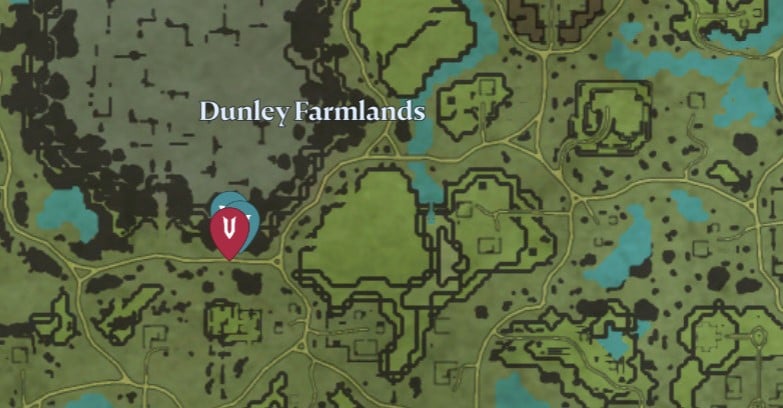 Another powerful boss, the only boss with the ability to the magic missiles. These magic missiles are frost missiles and if any of them touches you will freeze you completely. And you won’t be moving here and there. This effect is meant to last for a few seconds. Vincent the Frostbringer roams the central roads of the Dunley Farmlands when you reach level 40. 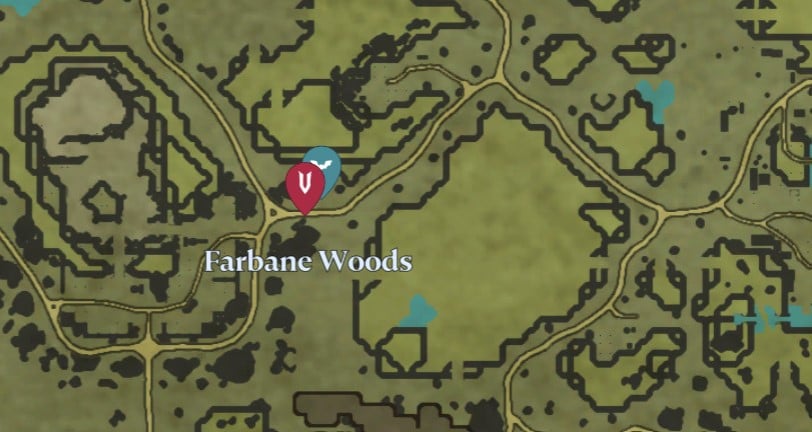 As the game progresses you will find this boss very difficult to defeat, it is a much harder boss than any other boss you have faced till now, In the farbane woods you can encounter the Tristan in the early stage but it is advisable to run away and meet Tristan again when you reach level number 46. As it is much harder to defeat at the early level. You will find this boss in farbane woods when you reach level 46 or maybe earlier too. 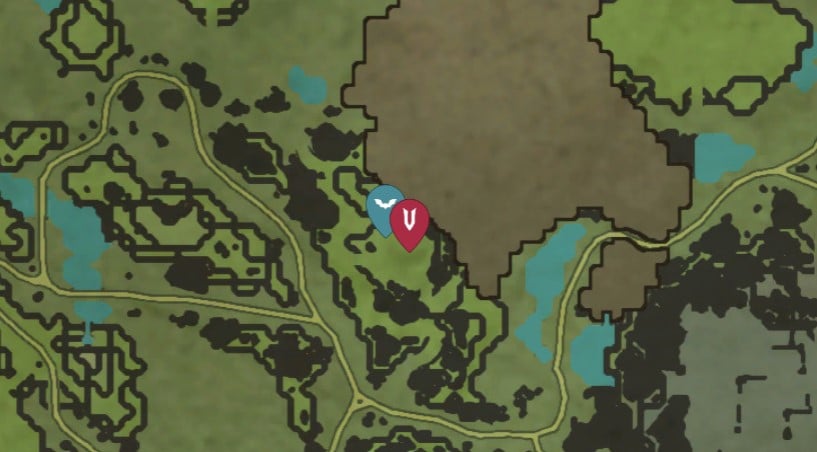 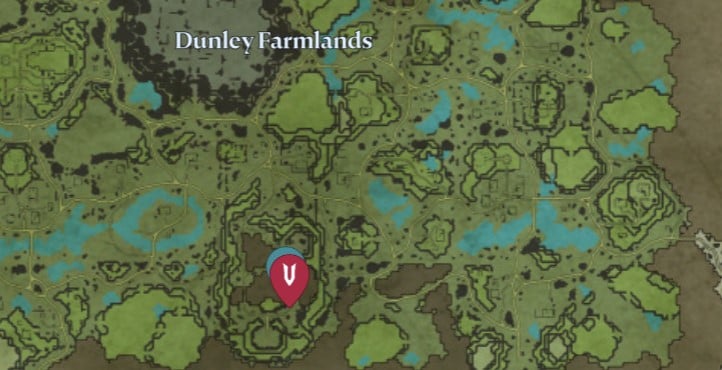 In this location, boss will attack you with its holy archers, with high damage. As she is on a high level. She attacks with a long-ranged magical arrow and an AOE volley should be very easy to predict. You will find the MEreditch the Bright archer when you reach level 52. 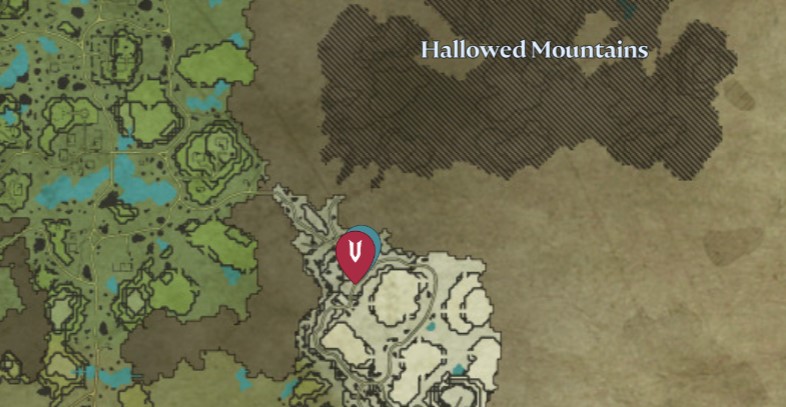 A horrific boss a terror. Loaded with the sharp fangs and claws deal heavy damage so you will want to come prepared for this fight despite being on the lower level it is so dangerous that only the player with the experience or very good fighting skills should go for it. You will find the Frostmaw Mountain Terror in the North of the hollowed mountains when you reach level 56. 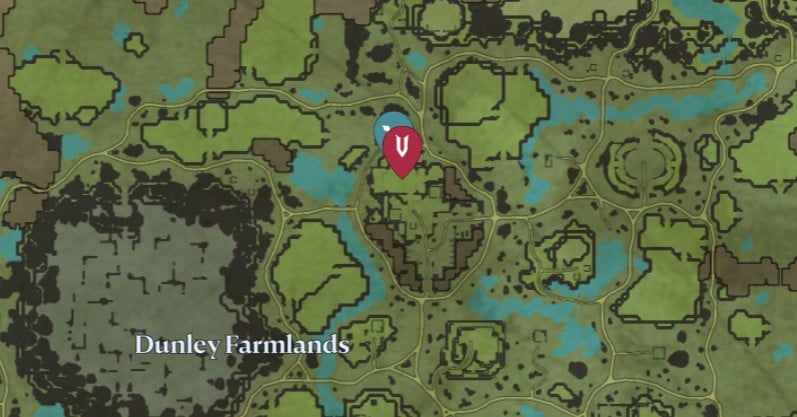 By the looks, he looks like a sword-wielder and you can easily overpower him but he has some magic attacks that mean he can attack you from a distance when he swings his sword he will unleash some saw blades that travel through the map and deal damage to the players. It moves very slowly and is easy to be avoided. You will find Octavian the Militia captain when you reach level 58. 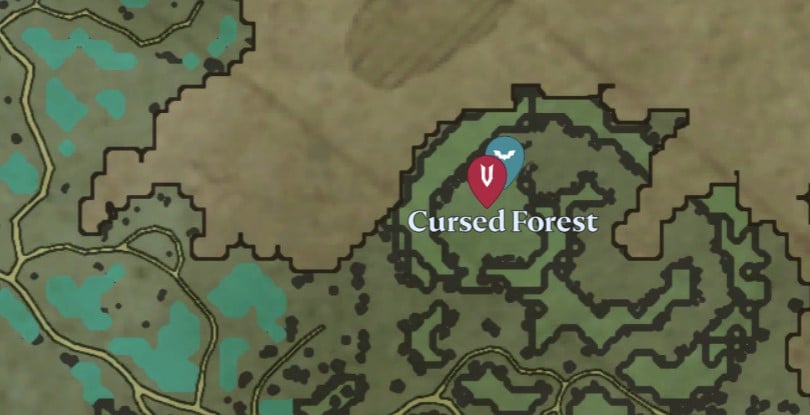 A large spider lurking deep within the cursed forest, their huge pincers will deal plenty of damage but those who gain the power to fight with the spider queen will get the power to summon their spider allies. Angora the Spider Queen is in the center of the cursed forest when you reach level 60.

Leader of the dunley monestry using immense holy powers to you or anyone roaming at night. But there is good news as defeating him will only make you stronger, as defeating him will unlock the crimson beam power and the recipe for the silver resistance potion. You will find Raziel the shepherd in the northwest of the Dunley Farmlands when you reach level 60. 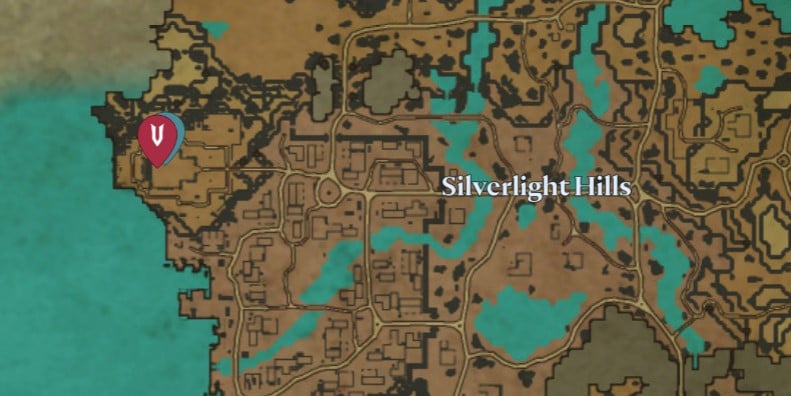 A powerful boss who can be found in the west of the Silverlight Hills, He is a true believer of the Holi Word. Defeating the Azariel is an important step in your journey but as you reach level 68 you would have enough power to defeat the boss. 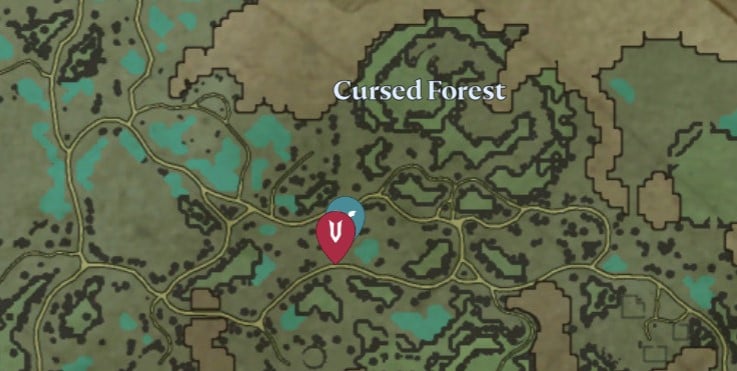 In your journey, till now you must have fought lots of holy warriors and now it is the perfect time to face a vampire by yourself. Nightmarshal Styx the Sunderer is the powerful vampire from the time when Dracula was still alive in the world of vardoran. Defeating the Nightmarshal Stynx the Sunderer will give you the most talked-about powers in the V Rising game. The power to turn into a bat. , You will find the night marshal stynx the sunderer in the south of the cursed forest when you reach level 76. 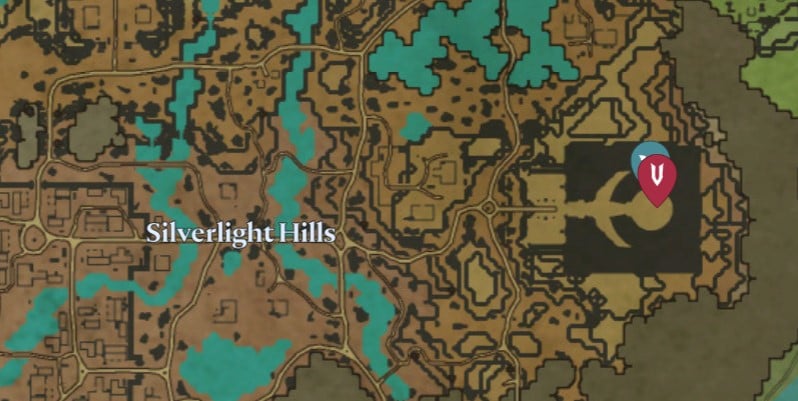 This article was about all the boss locations in V Rising video game. We have not mentioned every boss but we did try our best to mention the important one. To track a boss you have to select them in the blood avatar and then exit the menu and start walking around. You will see in a few moments a red wisp stretch from your character in a particular direction. This will continue to disappear and appear every few seconds but following them will help you in finding the boss.