Valorant is slowly becoming a phenomenon in the online competitive gaming space. Ever since the release of its beta versions, the game has gathered a lot of players and is consistently getting positive reviews. The graphics and gameplay have impressed a lot of famous Twitch streamers. The five-versus-five team shooter has 10 agents, which a player has to choose to begin gaming. Every agent has its unique abilities, and as of now, almost every agent has impressed me. However, the one I will talk about today is Valorant Cypher.

Hailed as Valorant’s Sentinel Agents, Cypher is all about fancy gadgets and setting traps. He is like a one-man surveillance network who can catch enemies in his trap and also find them anywhere on the map. It’s true that his abilities don’t cause any damage, but no secret is safe from him, it’s like he is always watching. Keep reading to know more about this fascinating agent. 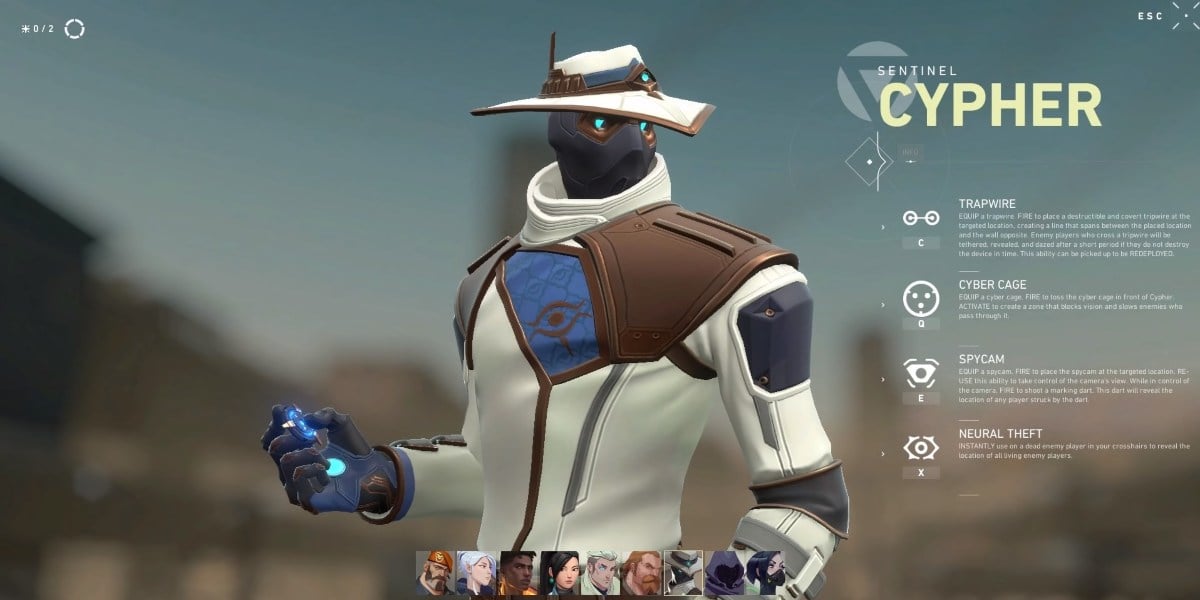 This ability is perfect for getting the enemy tethered and revealed once they cross it. It places a tripwire between two walls. The enemies have a chance to destroy the trapwire, but if they don’t, then they will succumb to defeat and get dazed. The tripwire remains invisible until the enemies come closer to it. The best part about the ability is that Cypher can recall them as long as he is in line of sight and redeploy them.

This unique ability places an invisible remote trap on the ground that can be triggered by Cypher from any location, although he must have a view of the location. Valorant Cypher can use this ability through the walls. Cyber Cage creates a ring of smoke when triggered, and any enemy who passes through it slows down. Cypher can not only use this ability to slow the enemies down but also cover his teammates.

Valorant Cypher’s signature ability Spycam allows him to plant a camera at target’s location. Reuse the ability to take control of the camera’s view. The camera remains invisible, but once the video feed is turned on, the enemy can see and hear when you are looking. The ability also allows Cypher to fire a marking dart that reveals the location of any player struck by it.

The ultimate Valorant Cypher ability is quite interesting. Cypher can place his hat on a recently dead enemy’s corpse to extract the information and location of other enemies. The ability displays the location of enemies momentarily so it is quite essential to perfectly time the use of Neutral Theft. 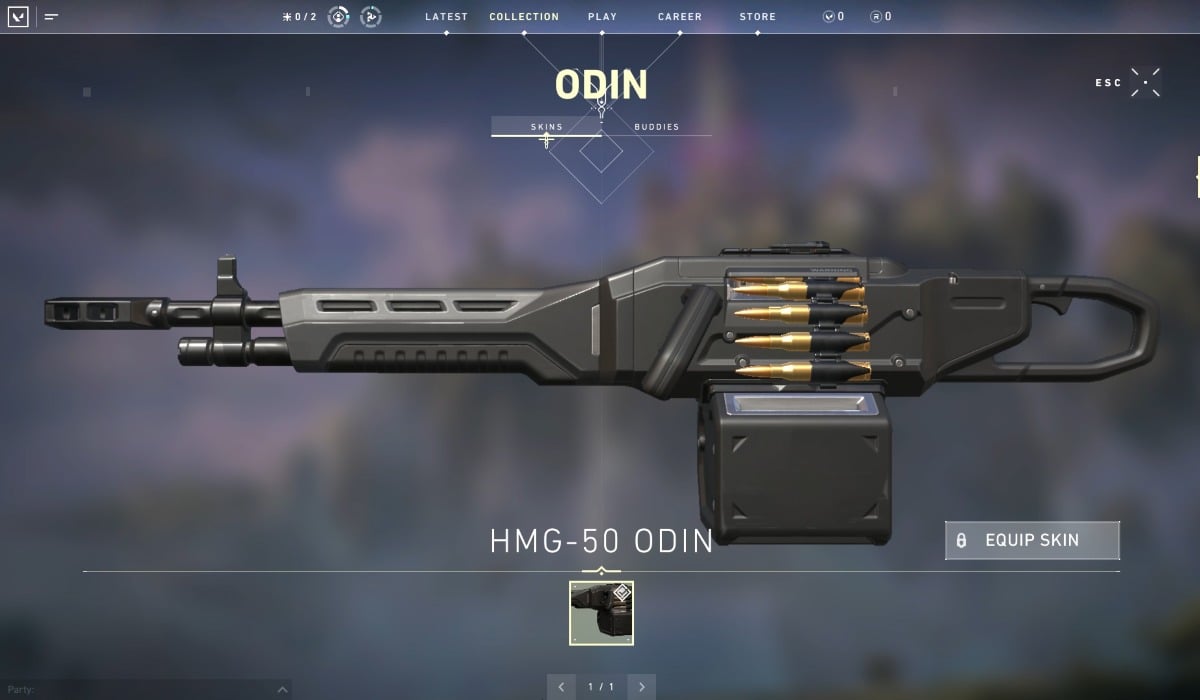 The abilities of Valorant Cypher are fascinating and has nothing to do with physical damage. However, the agent needs some weapons and here’s the list of the ones that are best for him:

This is a Heavy weapon type in Valorant that costs up to 1700 credits to purchase. The magazine of the gun can hold up to 50 and fires at a rate of 10-13 bullets per second. The best part about the gun is its wall penetrating ability. It will provide with 72 Head Damage, 30 Torso Damage, and 25 Leg/Arm Damage per bullet if the enemy’s with no armor.

Another Heavy weapon that is fully automatic and costs 3200 credits to purchase. Its magazine can hold 100 bullets with a fire rate of 15.6/15.6 per second. It also has High wall penetration ability and can deal 95 Head Damage, 38 Torso Damage, and 32 Leg/Arm Damage per bullet. 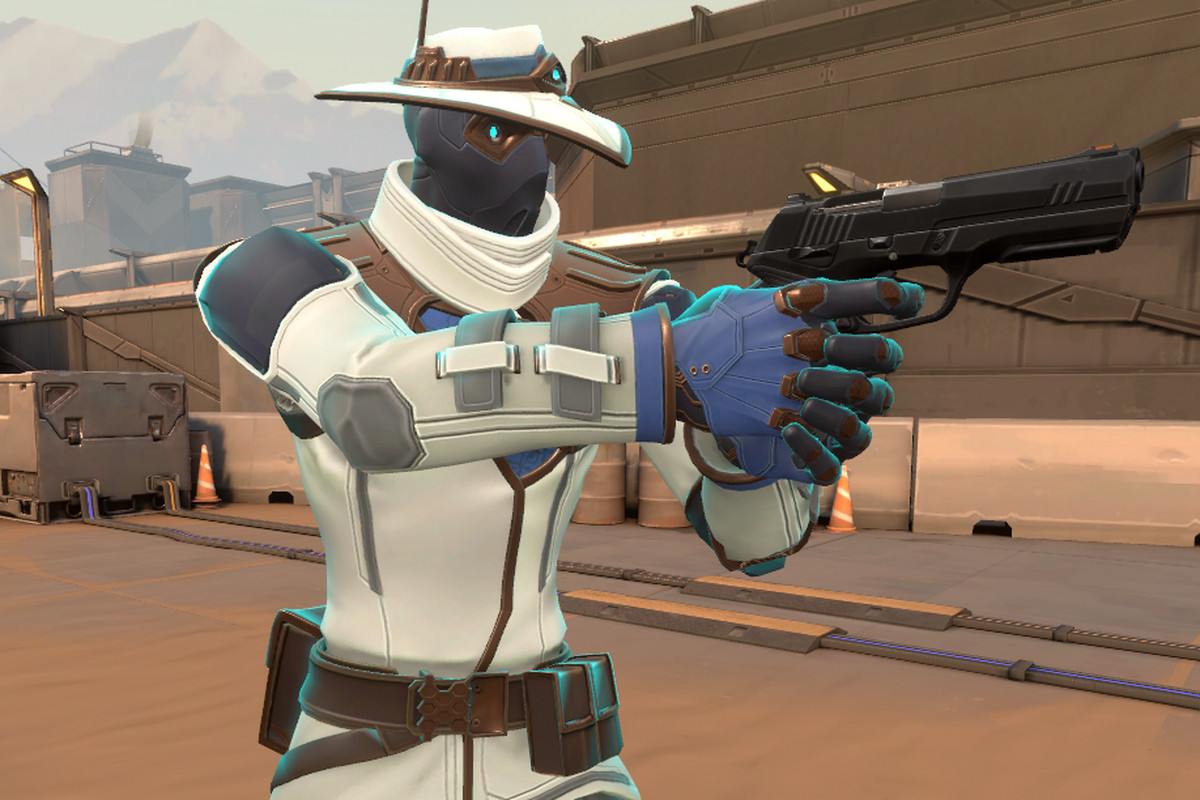 The best composition is crucial to win Valorant game, and it becomes quite important to know the combination for an agent like Valorant Cypher, who has no damage dealing abilities. The synergy of his abilities with other teammates will decide if they can win the game or not. So to better understand, let me explain the Composition Tier List before Cypher’s best team combination.

S Tier: This comprises agents who are superior from others in terms of efficiency and usefulness. The tier has highest-ranking Valorant Spike Defusing and Spike Planting agents.

A Tier: This is another strong tier comprising powerful agents, but as much as the ones in S Tier. They remain safer choices in the game.

B Tier: The agents in this tier are left out and tough to handle. They are primarily suitable as defenders because of their skill set.

C Tier: Thie tier consists of agents that are neither good nor bad. They are just middle of the pack.

The best team composition for Cypher:

We all know that information is valuable and Valorant Cypher is the agent that can provide us with it. Using Cypher’s abilities with other teammates can prove to be effective. He is someone that can help with useful information to win battles with ease. However, you need to be careful that your teammates’ abilities don’t expose or harm you. That’s all for now, I will be sharing more information on other agents soon.