Valorant is currently one of the most popular first-person shooter games. The game is still in its closed-beta phase and has been going on for a while now. After a long wait, players finally have the option to play the game competitively thanks to the addition of Ranked Mode. With the addition of ranked, competitive players looking to make a name for themselves can now climb the ranks in the game.

The Ranked Mode or competitive mode in Valorant is still in its early stages. And there may be slight changes when the game launches. In this guide, we’ll be focusing on the Valorant Rank Icon guide. Hence, players who are looking to compete and move up the ranks should take a look at the ranks and tiers in the game and what they mean.

Before you launch Valorant and head over to play ranked matches, there are a few things you must know. Ranked matches will only be available once you play 20 unrated/normal matches. Thus, you will not be able to play in a ranked match if it’s your first time playing the game. Additionally, you can create a party of up to 5 players who must be within 2 ranks of each other. This is done to avoid newbies from teaming up with competitive players to be carried up the ranks.

There are 8 ranks in Valorant and each rank has 3 tiers which players have to cross before jumping to the next rank. The only rank that does not follow the same steps is the topmost rank called VALORANT. Although, before we talk about the VALORANT rank, let’s first check out the icons or badges and their names in the competitive mode.

This is the lowest rank in Valorant and all players will start off with an Iron rank. Players will rank up in the following sequence: Iron 1 – Iron – 2 – Iron 3.

Once players cross the Iron 3 rank, they will reach the Bronze rank. Player’s will be at the Bronze 1 rank and will have to cross Bronze 3 to climb to the next rank.

Players who climb up from the Bronze 3 rank will reach Silver 1. And to move past silver to the next rank, players must cross the Silver 3 rank in the game.

After crossing Silver 3, players will move to the Gold 1 rank. Players have to move up Gold 1 – Gold 2 – Gold 3 to reach the next rank in the game.

Once players manage to cross the Gold 3 tier, they will be boosted to the Platinum rank. Starting with Platinum 1, players have to advance to Platinum 2, and then Platinum 3.

Players who manage to cross the Platinum 3 tier will attain the Diamond 1 rank. As usual, players need to cross Diamond 1, Diamond 2, and Diamond 3 tiers to reach the next Valorant rank. 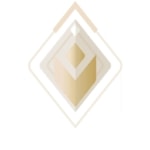 Valorant is the highest rank attainable in Valorant. Only the most competitive and skilled players will climb the rank-ladder up to VALORANT.

The stats of players playing the closed beta version of the game will not be carried forward to the official release of the game. However, players can still check out where they stand against other players by playing the competitive mode. Furthermore, players who do not play a competitive/ranked match in 14 days will be considered as inactive. And their rank will become hidden to other players in the game. However, when a player plays a ranked match again, his/her rank will be displayed as usual. With that said, it brings us to the end of the Valorant Rank Icon guide. We hope you know have an idea of the ranks and tiers available in Valorant.