The expectations from Riot Games have always been high. They released League of Legends in 2009, and it became an overnight sensation. The company recently launched Valorant, a 5v5 character-based tactical FPS, which has taken the gaming world by storm. Described as an Overwatch and Counter-Strike mix, the game has been streamers’ favorite ever since the release of closed beta. The most exciting aspect of the game is its agents. A player needs to choose an agent in order to play Valorant. All the agents in the game are unique on their own with diverse abilities. Today, I will talk about one of the popular agents, Valorant Sage.

Valorant Sage is hailed as the pillar of defense in the game. She is the safety maker for herself and her teammates. The Sentinel Agent ensures her team gets the healing it needs while blocking the enemies at the same time. This is why she uses the statement, “I am both shield and sword.” But there’s more to her abilities than you might know. Keep reading to know more about the only healer in Valorant. 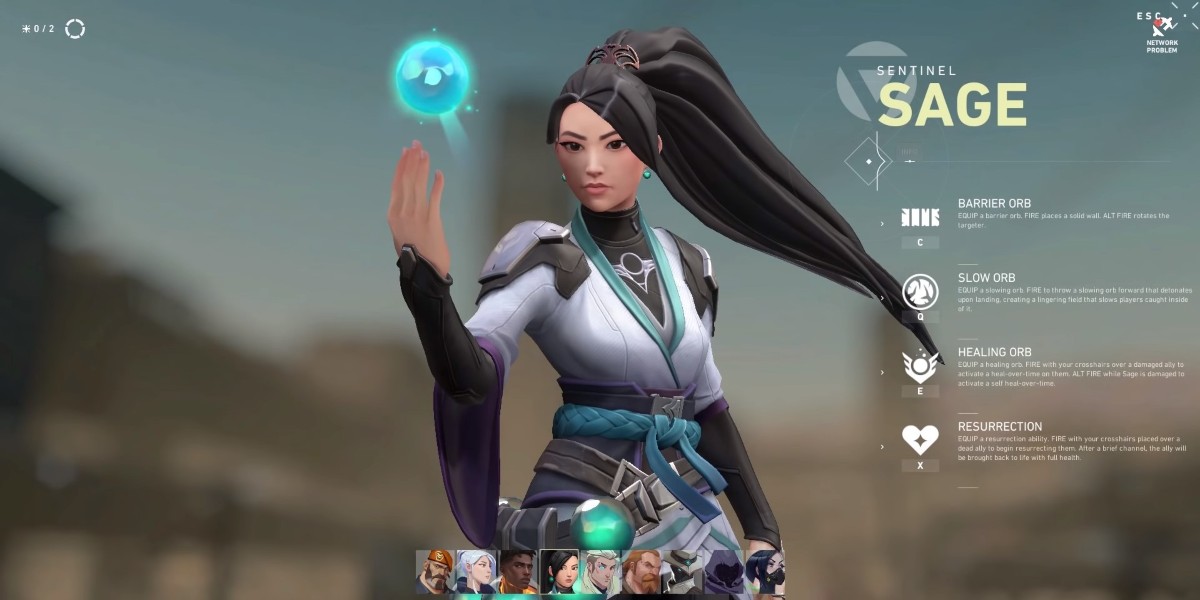 This ability allows Valorant Sage to create a barrier comprising four panels. It shoots up from the ground. The wall can be destroyed, but the players have to deal with a lot of damage. The wall’s angle can be modified as per need. The wall is perfect for blocking the doorways or reviving teammates while enemies are on the attack.

Slow Orb is perfect for crippling the enemies. You can throw the orb, and it will cover a sizeable area in green crystal. Any enemy trapped in the area will slow down, and it cuts all their movements in half. It lasts for quite some time, and anyone moving through it will make noise. However, you must be careful while using Slow Orb because it works on teammates.

The signature ability of Valorant Sage involves an orb that helps in healing teammates and Sage herself. The ability heals slowly, so you need to make sure that timing is perfect. The best thing about Healing Orb is that it recharges after some time, so don’t be shy in using it several times in the game.

The ultimate ability of Sage makes her a must-have ally. She can use Resurrection to bring dead teammates back to life. Yes, you read that right. However, she can do this to only one of her teammates. Sage can bring them to life with full health. It is a ranged ability, but you need to ensure you are close, not way too far. 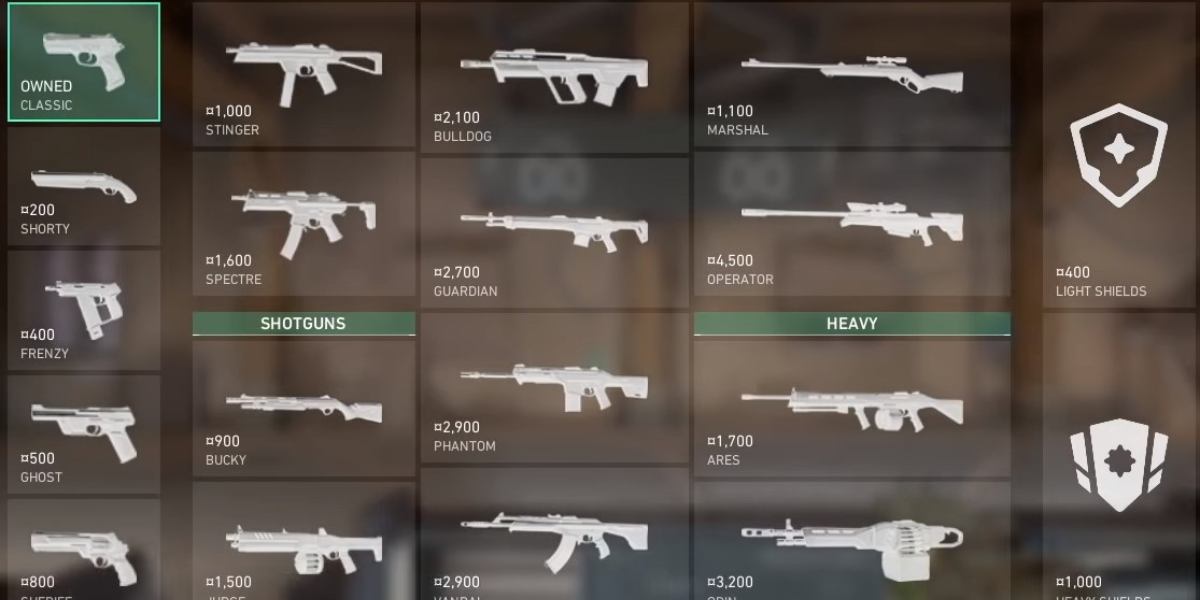 After looking at Valorant Sage’s abilities, you might wonder that she doesn’t have a lot of offensive plays. However, you can equip Sage with these weapons to bring out the best in her.

You require 800 credits to purchase this sidearm. The sheriff has a magazine capacity of 6 bullets and allows you to fire at a rate of 4 per second. It has a High wall penetration ability and can deal 160 Head Damage, 55 Torso Damage, and 47 Leg/Arm Damage per bullet to an enemy with no armor.

This rifle costs 2900 credits to purchase and has a magazine capacity of 25 bullets. The fire rate of Vandal is 9.25/8.32 bullets per second and has a medium wall penetration ability. An enemy with no armor allows you to deal with 156 Head Damage, 39 Torso Damage, and 33 Leg/Arm Damage per bullet.

Marshal is a sniper weapon that costs 1100 credits to purchase. It provides with 5 bullets’ magazine capacity and fires at 1.5/1.2 bullets per second. It can provide 202 Head Damage, 101 Torso Damage, and 85 Leg/Arm Damage per bullet to an enemy with no armor.

Another sniper that is perfect for Sage. You need 4500 credits to purchase it. The operator has a magazine capacity of 5 bullets and a fire rate of 0.75 per second. You will deal 255 Head Damage, 150 Torso Damage, and 127 Leg/Arm Damage per bullet. 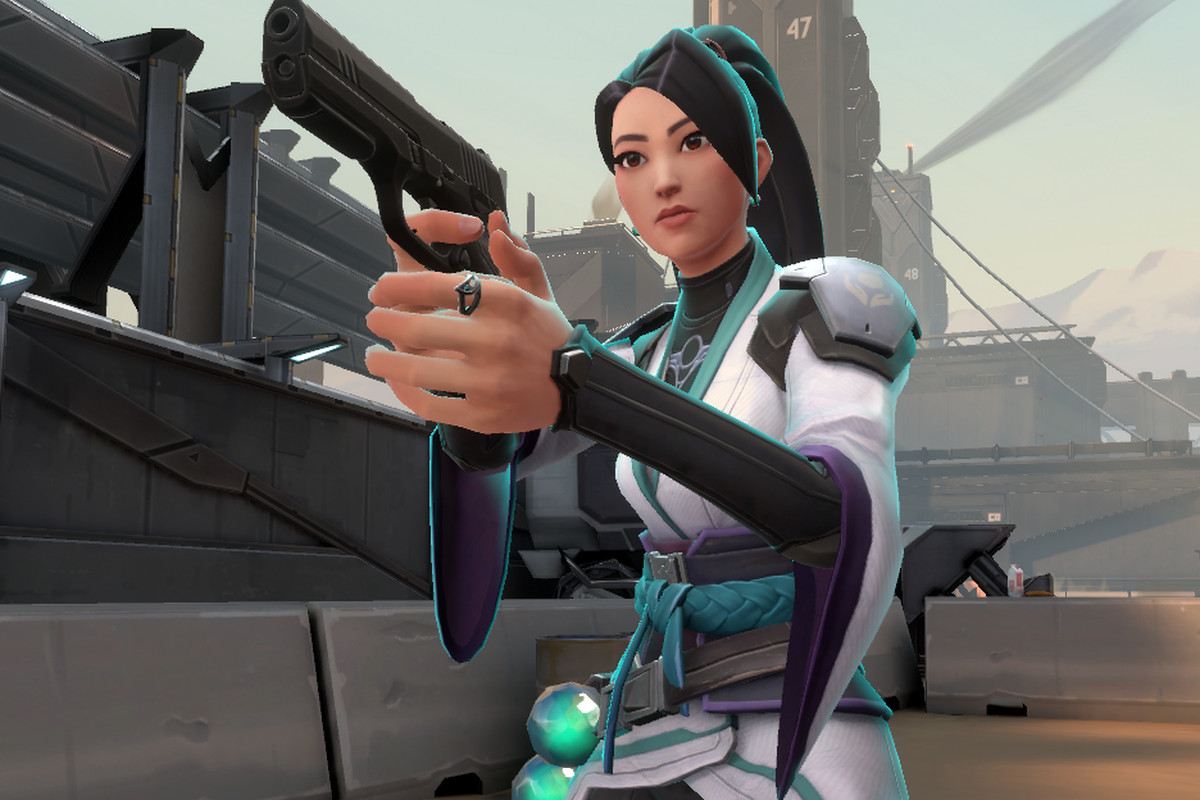 The best agents for Valorant Sage depend on the synergy between her abilities and other agents. Being a powerful healer, Sage is effective personnel for any team. But before looking at the best team compositions for Sage, let us look at the team composition tiers in Valorant.

S Tier: This level of tier represents the highest-ranking agents that are most skilled and efficient in the game.

A Tier: The tier comprises players that are very strong but not more than the ones in S Tier.

B Tier: The agents on this tier are good at defense, but they are tough to handle. However, there are abilities that make them useful.

C Tier: This comprises average agents that are neither bad nor good.

Now, let us look at the best team combination for Valorant Sage.

Valorant Sage is definitely the core of any team because of her impeccable healing abilities. She can hold the team on her shoulders and even revive dead members, which can take enemies by surprise. However, you need to select the best team composition to balance the synergy between her abilities. I will be back up with more exciting guides for Valorant. If you want anything specific related to the game, let us know in the comment section.