As the Android 10 update roadmap timeline is near, more and more Vivo devices are getting the Funtouch OS 10 beta update based on Android 10. While some of them are receiving the stable version as well. The new Funtouch OS 10 beta for Vivo X30 update brings all the Android 10 goodies, Zovi Virtual Assistant, and more. To recall, the update was previously delayed due to the lack of driver support. However, within a few months, the beta recruitment has been started and the first batch is rolling out now.

New Update on June 16, 2020: Good news for all the Vivo X30 users as the Android 10 update over Funtouch OS 10 Open Beta recruitment process has been started officially. Most importantly, the beta update rollout process will also start from the next week this month which is a really good thing.

All the interested Vivo X30 users have to update their device to the latest software version which can be v1.17.4, v1.18.9, v1.18.10 respectively according to the region. So, just be on the mentioned software version and apply for the beta testing program as early as possible to get selected within the quota.

Once you will be selected for the beta testing, you will receive the beta update in OTA through batches and it includes loads of new improvements and features as follows:

[system]
1. The system version is upgraded to Android 10, and the bottom layer is upgraded to further improve the system performance and stability
2. Optimize the permission management and control capabilities, third-party apps need higher permissions to read device data and enhance the protection of user privacy data

New Update on May 1, 2020: After waiting for a few weeks or so, finally Vivo has started Vivo X30 Android 10 with Funtouch OS 10 Beta Update Recruitment for the Chinese variant in China. Previously, the update was canceled due to the missing Samsung drivers. As now the beta registration started from May 1, it will end on May 10, 2020.

Whereas the company has also mentioned that the internal beta testing process will start from May 16 and would end on June 15, 2020. The announcement looks something like below:

The Fountouch OS 10 Beta recruitment seats are quite limited (400 users) and there are some exclusive rewards as well according to the feedback & ranking of the beta testers. Now, if you’re also interested in applying for the beta testing program, then head over to this link and sign up with the required information. Those who will be selected for the program, receive the update soon.

The Vivo X30 is a fully-fledged Android smartphone that launched in December 2019 a nice looking design, and pretty good specifications like a Super AMOLED display, octa-core Samsung’s Exynos SoC, 8GB RAM, better quad rear cameras, an in-display fingerprint sensor, a decent battery capacity with fast charging, etc. The handset runs on Android 9.0 Pie and currently, the reports are coming out that the Vivo X30 Android 10 with Funtouch OS 10 Update Delayed due to the missing Samsung Drivers.

Last year in September, Google has launched the 10th iteration of Android OS called Android 10 that is a successor of the Android 9 Pie and brings plenty of new features & security or privacy improvements. While plenty of device models have already received the Android 10 update, there are a bunch of devices available on the list which are taking more time than expected for some of the OEMs and Vivo X30 is an example of it. However, developing the own custom skin and releasing isn’t an easy task at all. 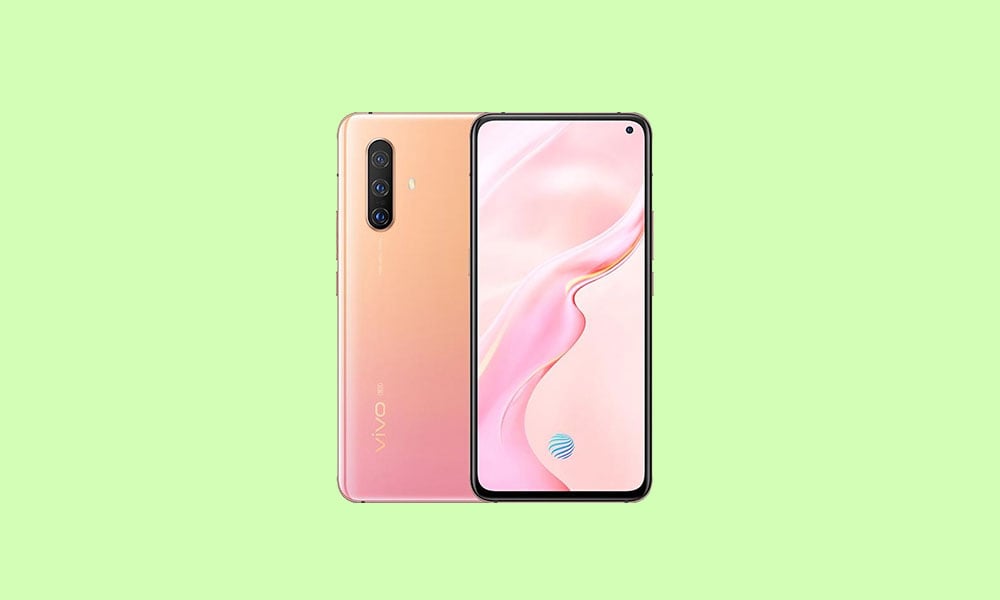 Recently, Vivo has revealed its Android 10 roadmap for its eligible devices. But the interesting fact is that there is no Vivo X30 or its big brother Vivo X30 Pro model mentioned in the list. Quite surprising! As the Vivo X30 series was launched quite recently, there is no official confirmation available yet whether the device will gonna receive the Android 10 update or not in the coming few months. And the reason behind it appears to be the missing Samsung Drivers as a rumor. We have to wait for more info. 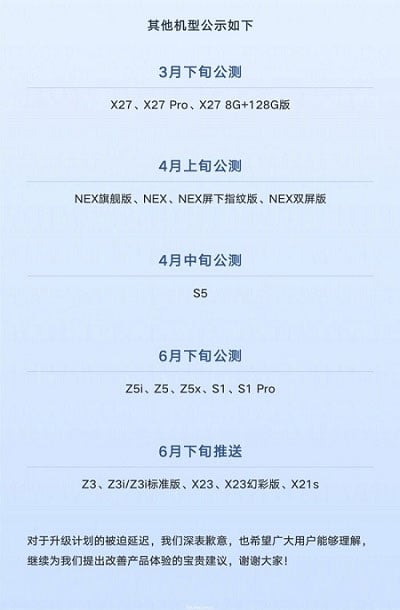 To recall, the Vivo X30 features a 6.44-inches Super AMOLED display with HDR mode, Exynos 980 SoC, Mali-G76 MP5 GPU, 8GB RAM, 128GB/256GB of onboard storage, triple rear cameras of a 64MP primary lens + a 32MP secondary lens + an 8MP tertiary lens. While the front packs a 32MP selfie camera. The handset has a 4,350mAh battery with 33W fast charging support and all other major sensors or connectivity options are included in this device.